After eight years, an empty lot in the Mid-Wilshire community is primed for redevelopment with housing. 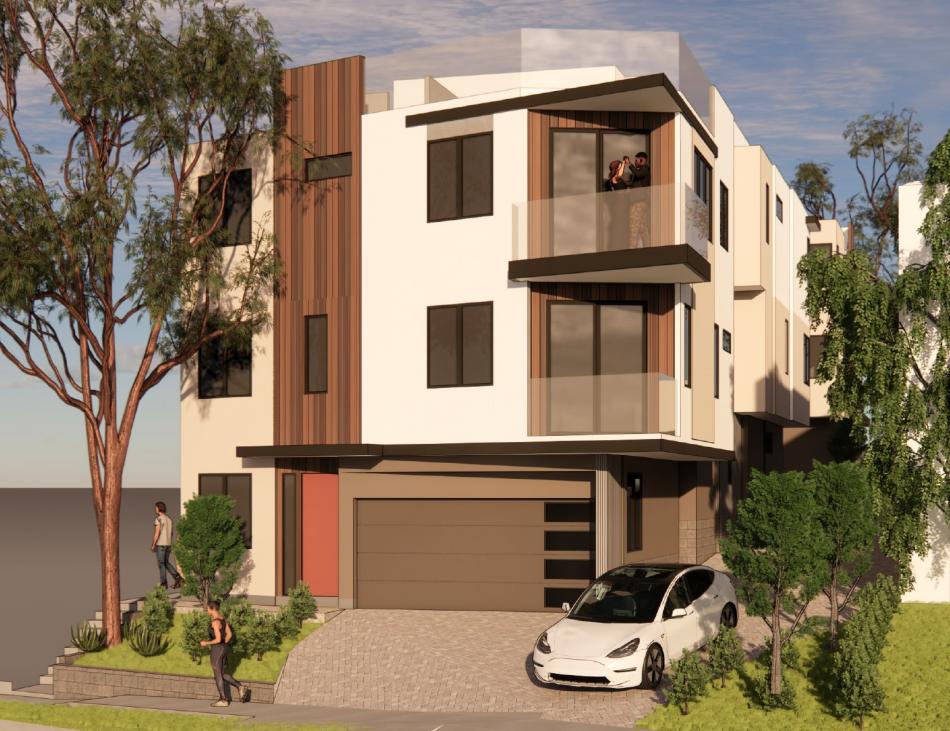 The project site, located a short walk north of Pico Boulevard at 1331 S. Burnside Avenue, is being entitled by property owner Dale Thayer of West Coast 2014 3, LLC for the construction of five single-family dwellings through the small lot subdivision ordinance. An existing triplex, completed in the 1940s, is to remain on the site.

Renderings of the project, revealed in a presentation to the PICO Neighborhood Council's Land Use Committee, depict a series of three-story buildings, each featuring a two-car garage at street level and a rooftop deck.

S Squared Architecture is designing the proposed development, which would consist entirely of four-bedroom units. 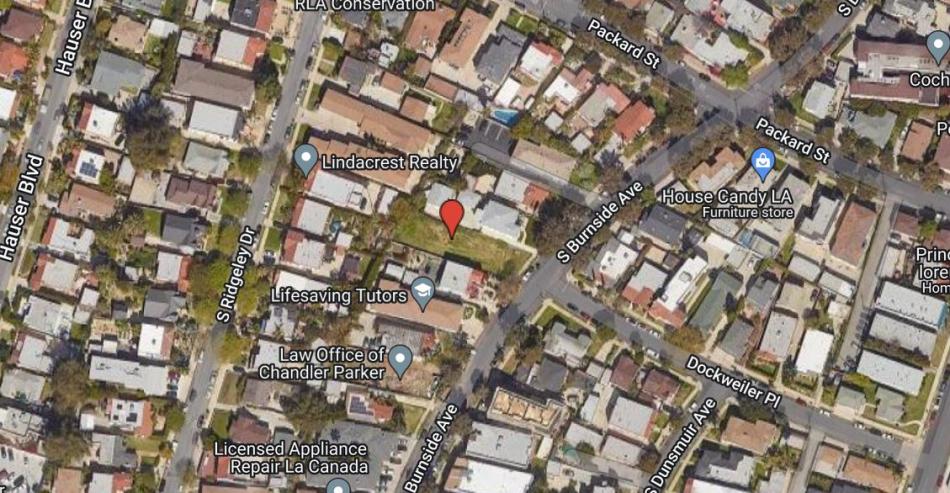