Just west of the USC campus in Exposition Park, another old house is primed for redevelopment with multifamily residential units, according to an application submitted this week to the Los Angeles Department of City Planning.

Orion Capital, a developer responsible for numerous infill projects surrounding USC, is seeking approvals to raze a 115-year-old house at 1192 W. 35th Street, potentially clearing the way for the construction of a new five-story building featuring 19 two-bedroom apartments above at-grade parking for 13 vehicles.

Requested entitlements include Transit Oriented Communities affordable housing incentives permitting increased height and reductions to required on-site open space and side yards. In exchange, two of the new apartments would be set aside for rent by extremely low-income households.

JPark Architects is designing the proposed project, which would have an exterior of smooth plaster accented by corrugated metal panels. Floor plans show a large patio occupying most of the building's rooftop. 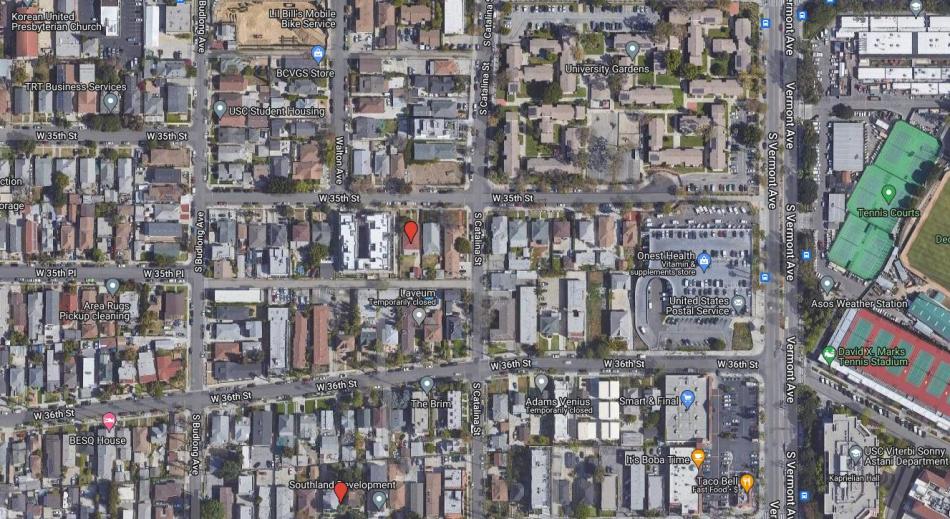 The project is a familiar formula for Orion Capital, which is also working with JPArk Architects on a similar 18-unit project that would replace a late 19th century building one block north on Jefferson Boulevard. The company's other developments include a mixed-use apartment complex now wrapping up work near the intersection of Vermont Avenue and Adams Boulevard.