Just off of Beverly Glen in West Los Angeles, the owners of two parcels at 1854-1862 Pandora Avenue are hoping to redevelop their properties with multifamily housing.

The two properties, currently developed with four rental units and a single-family home, are slated for the construction of a new five-story edifice featuring 24 studio, one-, two-, and three-bedroom apartments above ground-level parking for 23 vehicles. 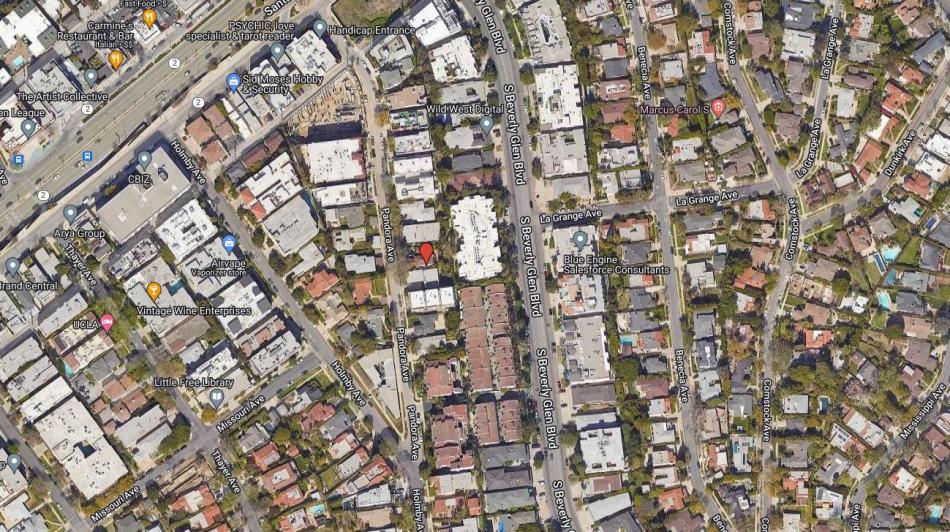 Project applicants Herbert Hakimianpour and Jacob Rahbarpour have requested entitlements including density bonus incentives to permit a larger structure than otherwise allowed by zoning rules. Six apartments would be set aside as very low-income affordable housing in exchange for the bonus.

Breakform Design is the architect behind the contemporary low-rise apartment building, capped by a rooftop amenity deck.

The development site sits a short distance south of the intersection of Santa Monica Boulevard and Beverly Glen, where a larger 120-unit apartment building is planned for a long-vacant lot. Construction is also underway for a similar 91-unit development to the east on Santa Monica near Century City.