Just south of Plummer Park in West Hollywood, a pool supply store and an adjoining parking lot have made way for a new multifamily residential development with ground-floor commercial space. 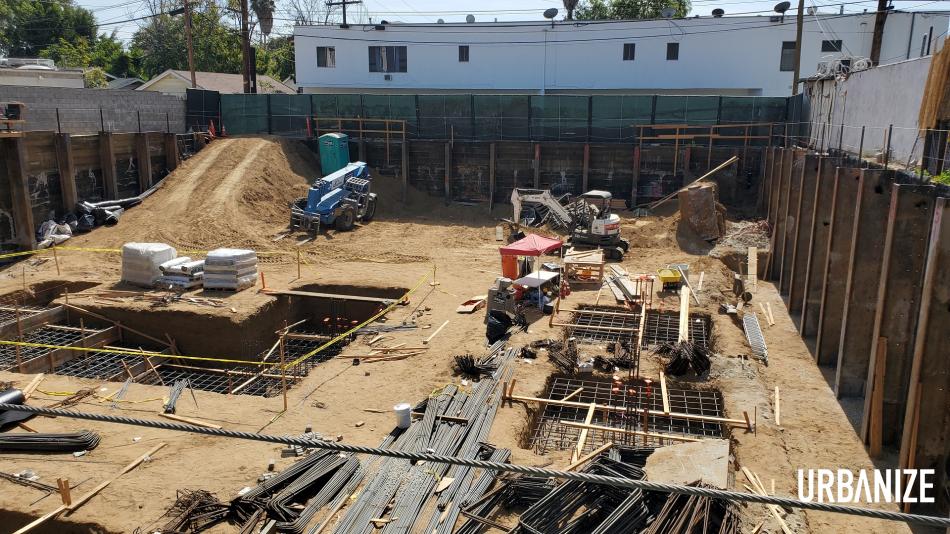 Excavation work is now complete at 7424 Santa Monica Boulevard, where the City of West Hollywood has approved the construction of a five-story building featuring 40 studio, one-, two-, and three-bedroom apartments atop  2,000 square feet of ground-floor retail space and a 47-car basement garage.

Designed by Pasadena-based architecture firm Adept Urban, the project was described in a 2019 report to the West Hollywood Planning Commission's Design Review Subcommittee as having a "castellated" appearance, with white framing at the top three levels floating above the second floor, separating it from the ground level. 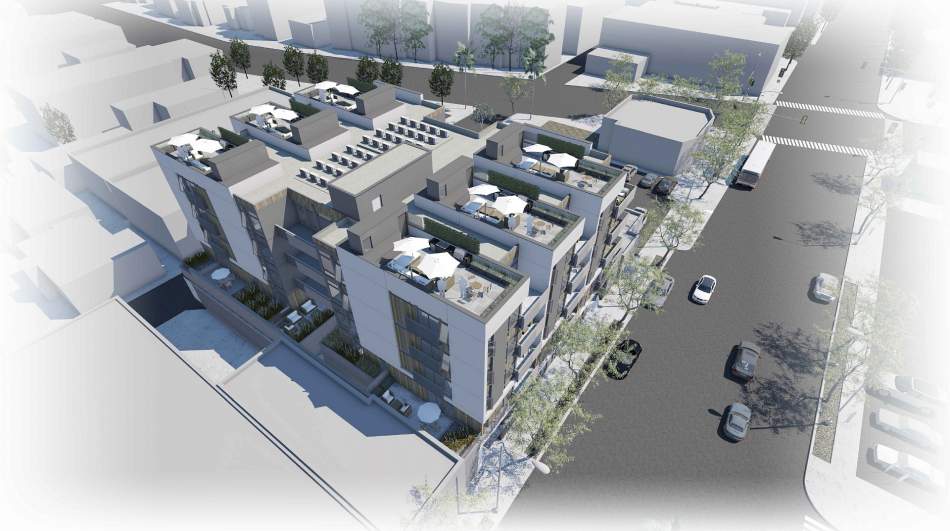 The development site sits three blocks east of the former site of a car wash at 7617 Santa Monica Boulevard, where LaTerra Development is in the midst of construction of a similar mixed-use apartment complex.