A pair of duplexes located a block north of Venice Boulevard could make way for a larger apartment complex, according to architectural plans posted by the Palms Neighborhood Council.

The proposed project, which would rise from a roughly .32-acre property located at 3676-3704 S. Kelton Avenue, calls for the construction of a new five-story building which would feature 43 studio, one-, and two-bedroom apartments above subterranean parking for 26 vehicles.

Although the project has yet to appear on the Planning Department's published case files, plans indicate that the project is to be entitled using density bonus incentives to permit a larger structure than would otherwise be allowed by zoning rules. In exchange, 11 of the new apartments are to be set aside as affordable housing at the very low-income level.

Breakform Design is the architect behind the Kelton Street apartment complex, which is depicted in renderings as a contemporary low-rise structure with a metal exterior and a roughly 4,500 amenity deck at the roof level. 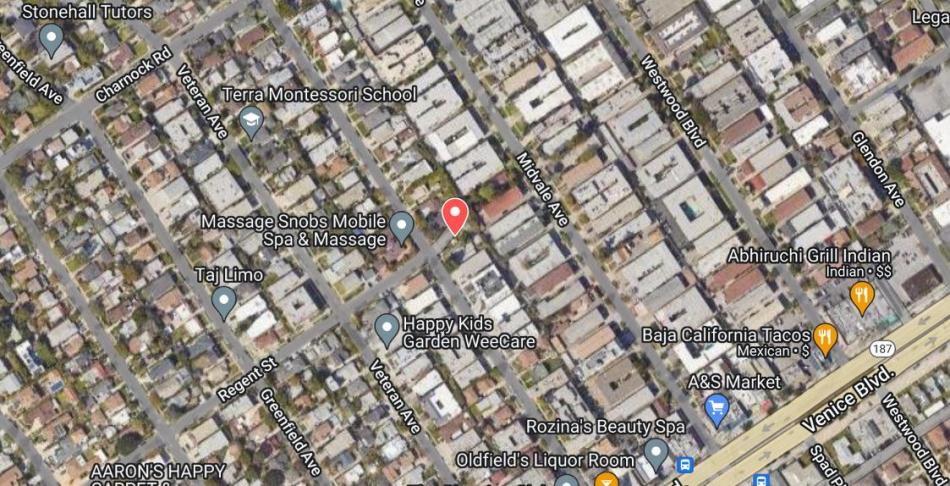 Plans indicate that LG Alliance Corp., a Beverly Hills-based real firm, is the owner and applicant behind the project.

The proposed project would rise a short walk north from a site at 3736 S. Kelton Avenue, where another property owner has received approvals to build a 27-unit apartment building.