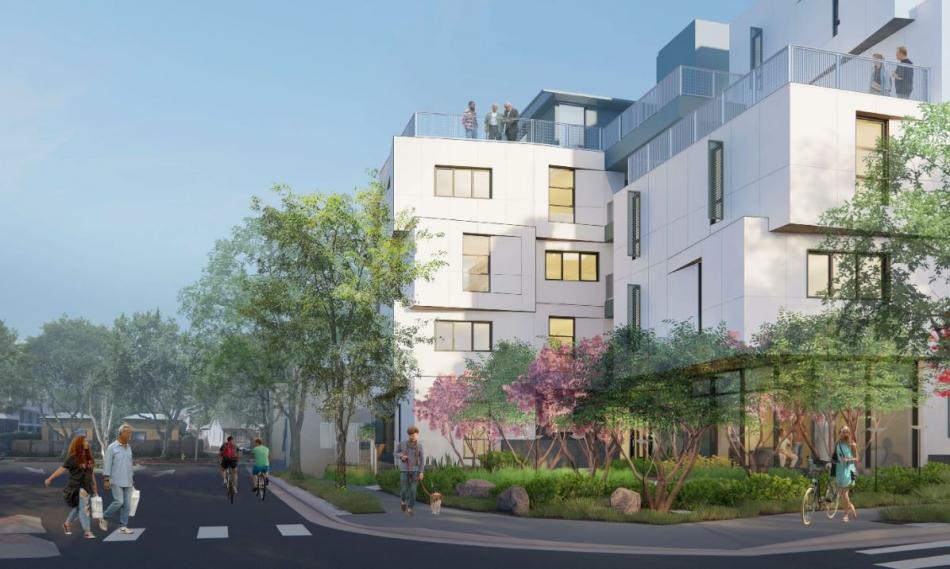 A staff presentation scheduled for the March 24 meeting of the West Hollywood Planning Commission's Design Review Subcommittee reveals plans from EAH for a new affordable and supportive housing development, which would rise from a vacant lot at the intersection of Detroit Street and Lexington Avenue. Plans call for the construction of a five-story edifice featuring 48 residential units above parking for 21 vehicles. The apartments, which would consist of studio units ranging from 405 to 448 square feet in size, are to be accompanied by social services offices, a community room, and a corner garden at street level.

DE Architects is designing the proposed development, named for its address at 1201 N. Detroit Street, which would be clad in phenolic resin panels. Images show upper level setbacks in strategic locations, which both decrease the building's mass relative to neighboring structures, while also creating space for terrace decks.

A staff report from West Hollywood City Architect Ric Abramson is largely complimentary of the project, and recommends areas of potential improvement. 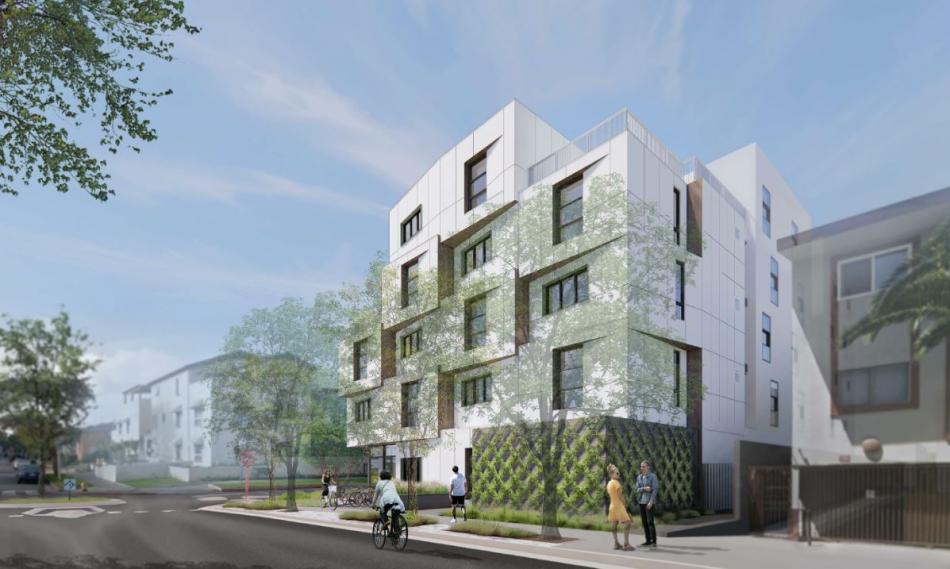 "Overall, this affordable housing project will serve an important role within the community," writes Abramson. "The front corner garden is an urban design asset that provides relief to the corner as well as enhancing the city’s local ecosystem. With some formal and material refinements to the design, the project would also be able to support so many of the city’s environmental, sustainability, and socio-economic resilience goals."

EAH Housing, which previously developed a permanent supportive housing complex in South Los Angeles and is now wrapping up work on a senior affordable project in Santa Monica, is also behind plans for new apartments in Hollywood and at the site of Santa Monica's defunct Nikkei Hall.