One block northwest of the Vermont/Beverly subway station in East Hollywood, vertical construction is complete for a new multifamily residential development at 4055 Oakwood Avenue. 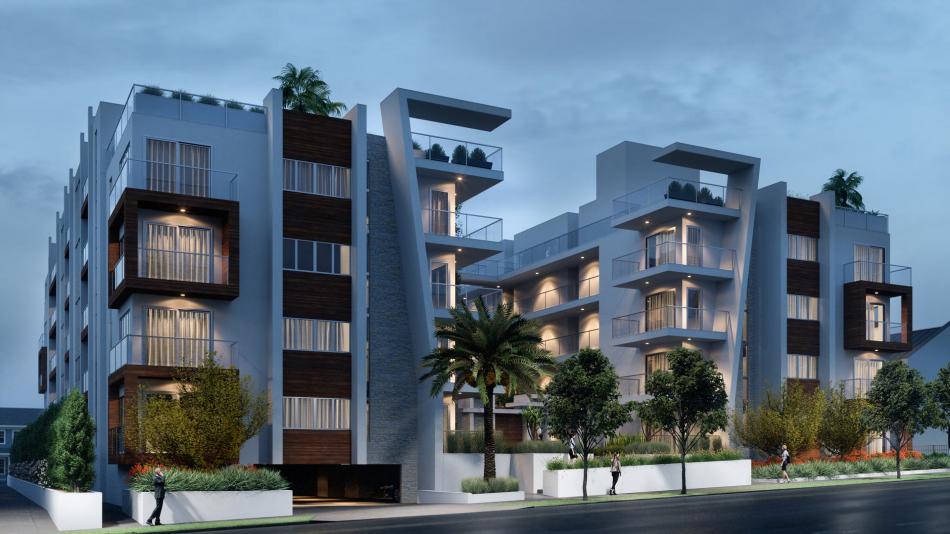 The project, which broke ground just over one year ago, consists of a five-story building which will feature 68 studio, one-, and two-bedroom apartments above a parking garage for 85 vehicles.

Entitlements for the apartment complex include density bonus incentives permitting greater height and floor area than allowed by zoning rules. To obtain the incentives, 14 of the apartments are required to be set aside as deed-restricted affordable housing at the low- and very low-income levels.

The development site was previously improved with a total of 20 apartments, which were vacated via the Ellis Act, according to city records.

B. Raeen Construction Inc. is designing the 4055 Oakwood, which is depicted in renderings as a contemporary podium-type building clad with wood panels and stucco. The development has a U-shaped footprint, with two wings wrapping a central courtyard. Plans call for rooftop amenity decks Oakwood Avenue, while a community room is also planned for the building's interior. 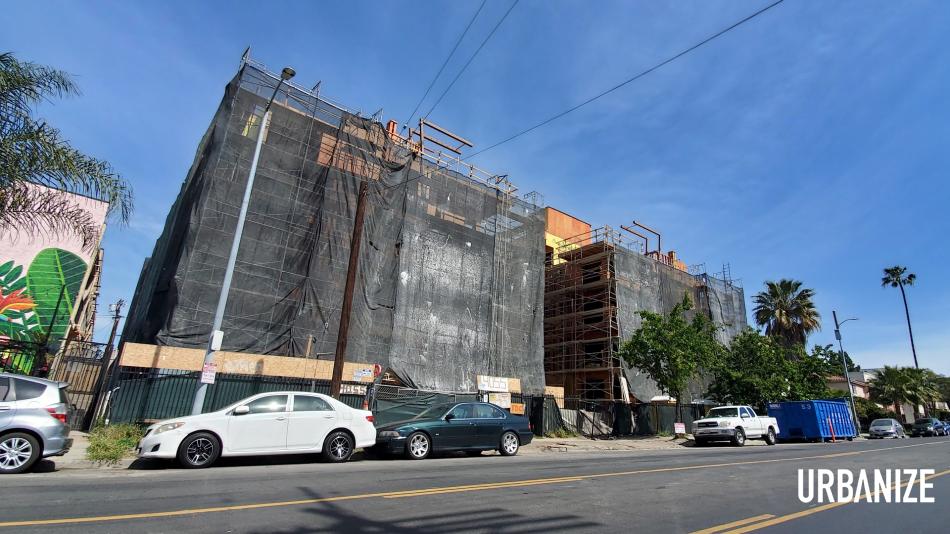 City records list the owner of the development site as Oakwood CA, LLC, which took control of the site in December 2020 after purchasing it for $6.25 million, according to Los Angeles County Assessor's records.  The Mid-Wilshire-based entity is managed by Gagandeep Lakhmna, a developer best known for building multifamily housing in Philadelphia.

The Oakwood Avenue development is one of a handful of new projects in the works near the Vermont/Beverly subway station, including a 490-unit development now rising at the former site of Midway Ford, and Enlightenment Plaza, a proposed permanent supportive housing project which would rise just north of Beverly Boulevard.