A local real estate investment firm behind numerous new housing developments in South Los Angeles is back at it again, with plans for an apartment complex in the Chesterfield Square neighborhood.

Earlier this month, Haroni Investments submitted an application to the Los Angeles Department of City Planning seeking to redevelop a site located at the southwest corner of 69th Street and Western Avenue. The project, named for its address at 6901 S. Western Avenue, would replace a commercial building and a single-family home with a new five-story edifice featuring 88 one-bedroom apartments above street-level parking for 43 vehicles.

Haroni's requested entitlements include Transit Oriented Communities incentives allowing for increased density, floor area, and height, as well as reduced on-site parking, relative to the requirements of local zoning rules. The developer will be required to set aside nine of the new apartments as deed-restricted affordable housing at the extremely low-income level in exchange for the incentives.

John Kaliski Architects, which frequently works on Haroni projects, is designing 6901 Western. Architectural plans show the proposed building as a contemporary low-rise structure with a central courtyard and a recreation room. 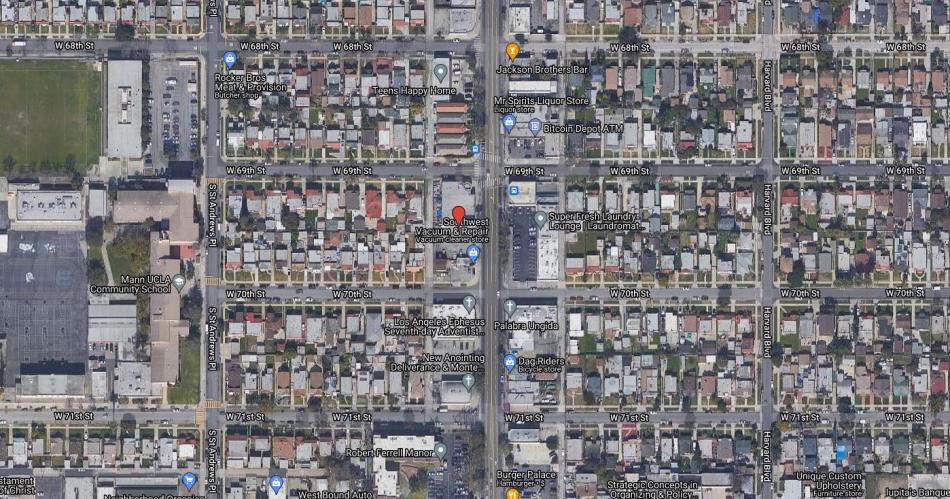 Haroni's other completed or ongoing projects include a 93-unit apartment building now rising on Normandie Avenue and a proposed mixed-use development next to the Crenshaw/LAX Line. The developer is also wrapping up work on a 128-unit building on Florence Avenue, which the City of Los Angeles is slated to purchase through the Project Homekey program.