A 28-unit North Hollywood apartment building dating to the early 1970s could be felled for a larger multifamily residential complex, according to an application recently filed with the Los Angeles Department of City Planning. 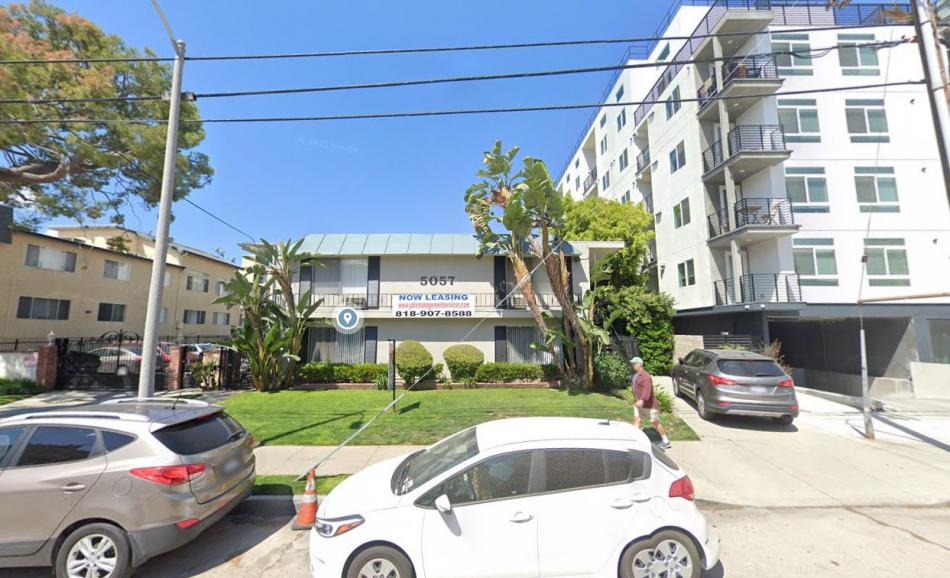 The roughly half-acre project site, located a block east of the North Hollywood Recreation Center at 5057 N. Klump Avenue, is slated for the construction of a new five-story edifice featuring 94 studio, one-, and two-bedroom apartments - ranging from 412 to 826 square feet in size - above 84 parking stalls on two subterranean levels.

Requested entitlements include Transit Oriented Communities incentives permitting increased floor area, height, and density, as well as a reduced parking requirement. In exchange, eight of the new apartments would be set aside as deed-restricted affordable housing at the extremely low-income level.

Ken Stockton Architects is designing 5057 Klump, which is depicted in renderings as a boxy low-rise structure clad in painted stucco, wood siding, and metal. Architectural plans indicate that the building would include a courtyard, a rear yard, a recreation room, and three rooftop decks. 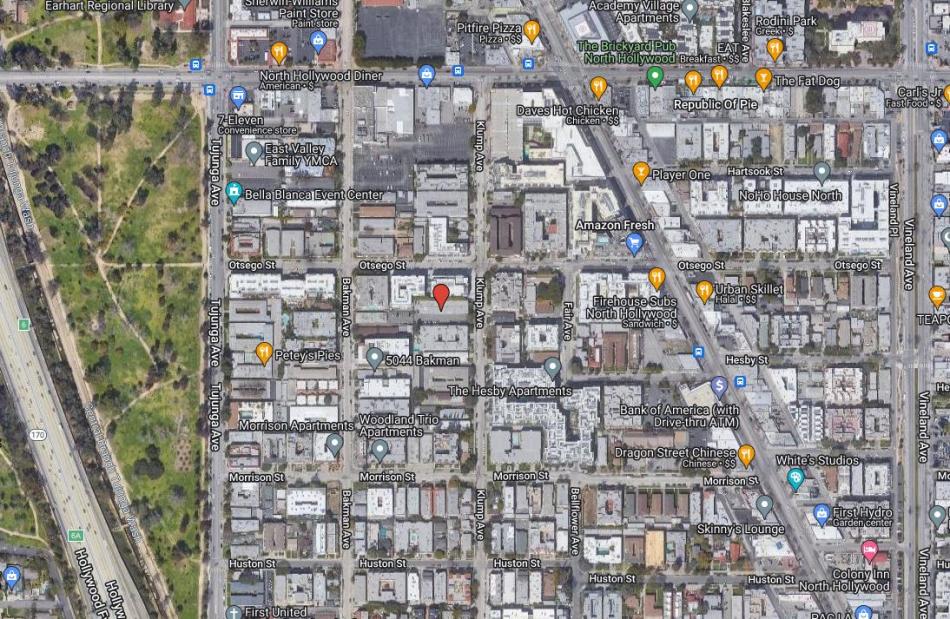 The project site sits a short distance west of Lankershim Boulevard, where larger mixed-use developments with housing have recently wrapped up construction at two corners of Otsego Street, and directly behind a $24-million supportive housing complex now under construction on Bakman Avenue.