A 1920s duplex near the intersection of Washington and Crenshaw Boulevards could be razed for a larger residential complex, according to an application filed with the Los Angeles Department of City Planning. 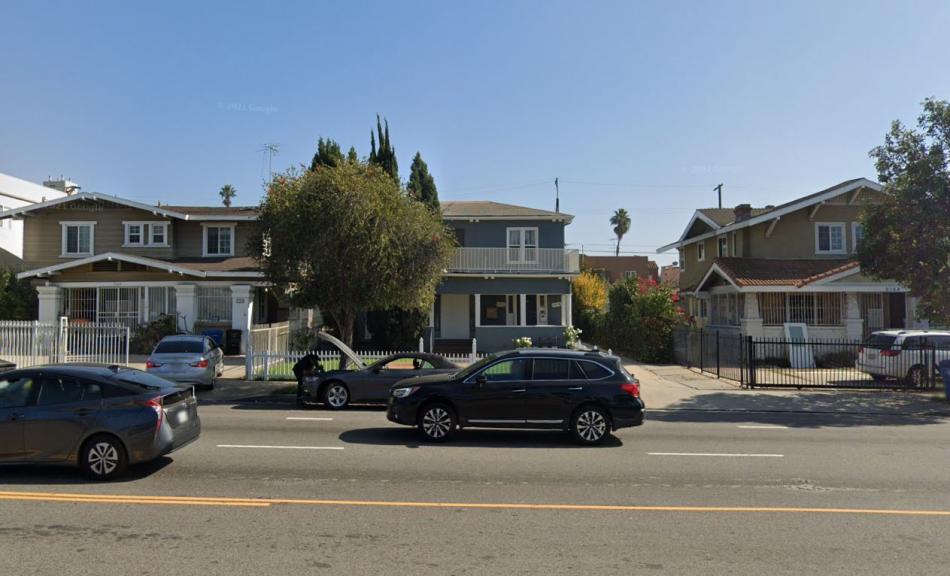 The proposed project, which would rise from a single parcel located at 2100 S. Crenshaw Boulevard, calls for the construction of a new five-story edifice featuring 17 two-bedroom apartments atop subterranean parking for 15 vehicles.

Project applicant Crane Lake, LLC - an Arcadia-based entity managed by Grace Kwok - is seeking the approval of Transit Oriented Communities development incentives permitting a larger structure than allowed by zoning regulations. To be eligible for the density bonus, three of the new apartments would be set aside as affordable housing at the extremely low-income level.

PDS Studio is designing the boxy podium-type building, which would feature inset balconies and a trio of recreation rooms on the interior. 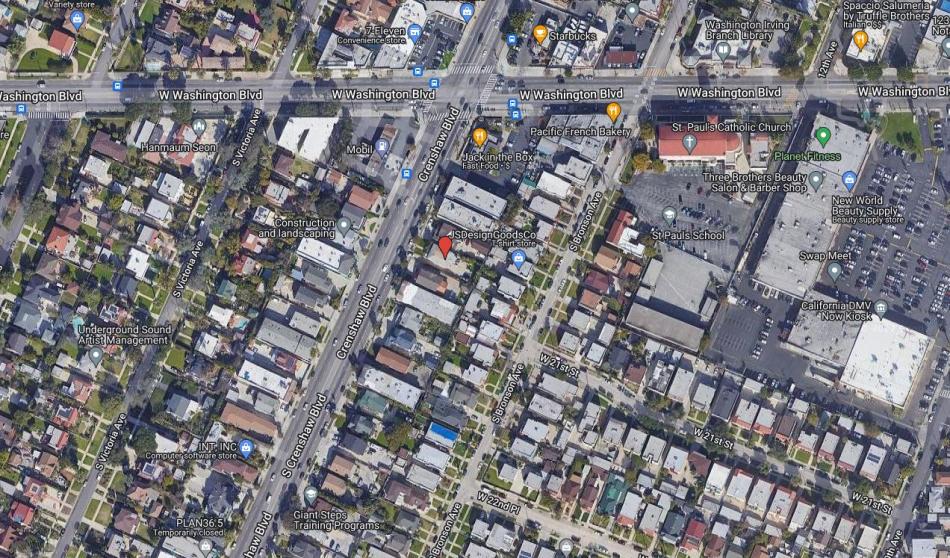 The project site sits roughly a quarter-acre southwest of the intersection of Washington Boulevard and Norton Avenue, where city officials have approved the construction of a four-story, 31-unit apartment building with ground-floor retail space.