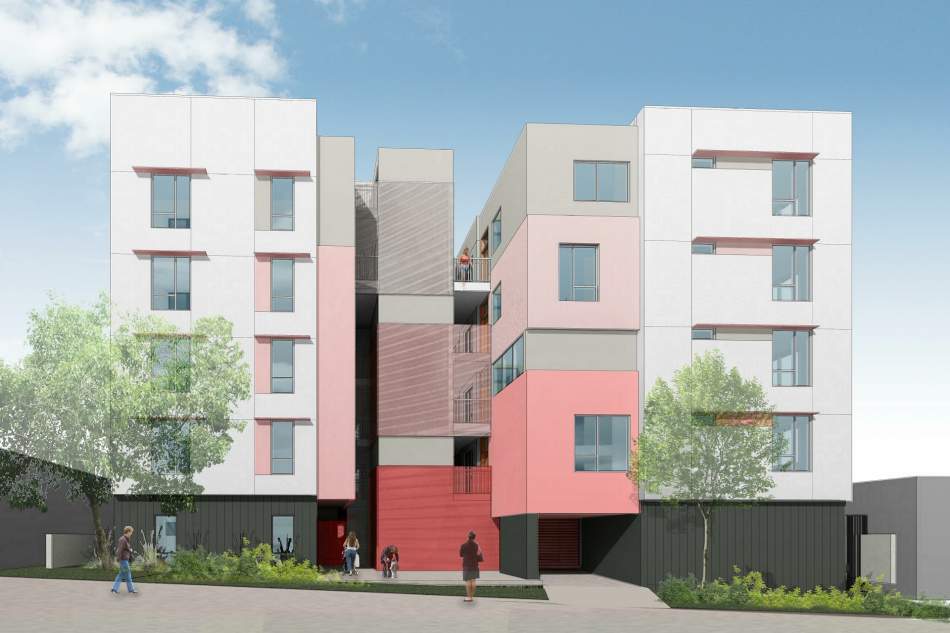 Rendering of the Solaris ApartmentsFSY Architects

The first project, the Solaris Apartments, is slated to replace a surface parking lot at 1141-1145 Crenshaw Boulevard.  Domus Development has secured city approvals to raze the existing improvements to make way for the construction of a five-story building featuring 43 one- and two-bedroom apartments - including 42 restricted to low-income households - with 1,800 square feet of space for supportive services and parking for eight vehicles.

The funds approved by the City Council include $14 million in tax-exempt multifamily conduit revenue bonds, supplementing existing funding through Measure HHH and Los Angeles County's No Place Like Home program.

The total estimated budget for Solaris, approximately $29.3 million, amounts to a per-unit cost of more than $680,000.  A staff report from the Housing and Community Investment Department attributes to the relatively high price tag to the inclusion of a larger number of two-bedroom units, as well as providing for prevailing wage labor. 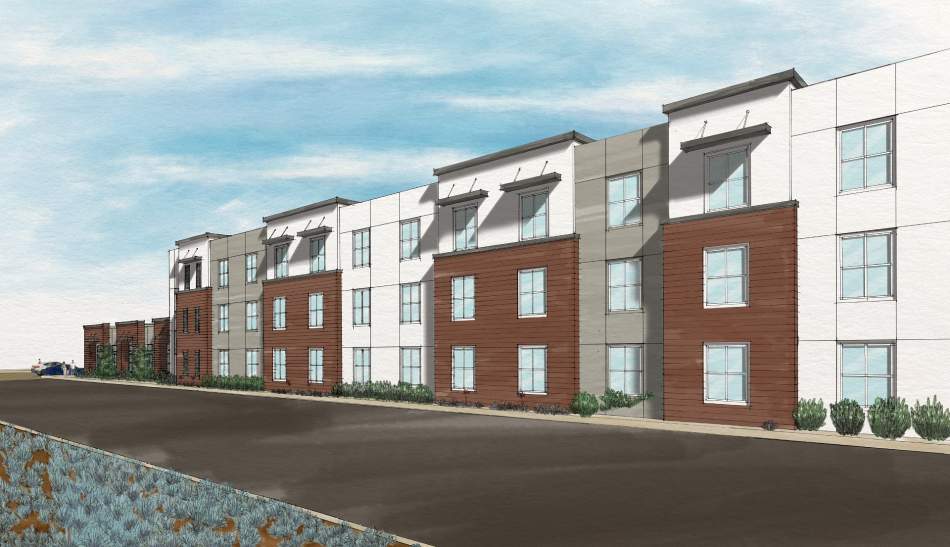 In Wilmington, the Council approved the issuance of $16,525,000 in tax-exempt bonds and nearly $900,000 in taxable bonds for SagePoint, a proposed development from Linc Housing Corp.

The proposed project, which would rise from an empty site at 1424 N. Deepwater Avenue, would consist of a three-story building featuring  56 apartments - including 55 to be reserved for low-income seniors - as well as on-site supportive services and a 19-car parking lot.

The approximately $31-million project, funded in part through Measure HHH and Los Angeles County sources, has a per-unit cost of just over $561,000.  A staff report cites the abandonment of an oil well on the site, the inclusion of solar infrastructure, and a requirement to install an operable grey water system as factors which increased the total budget. 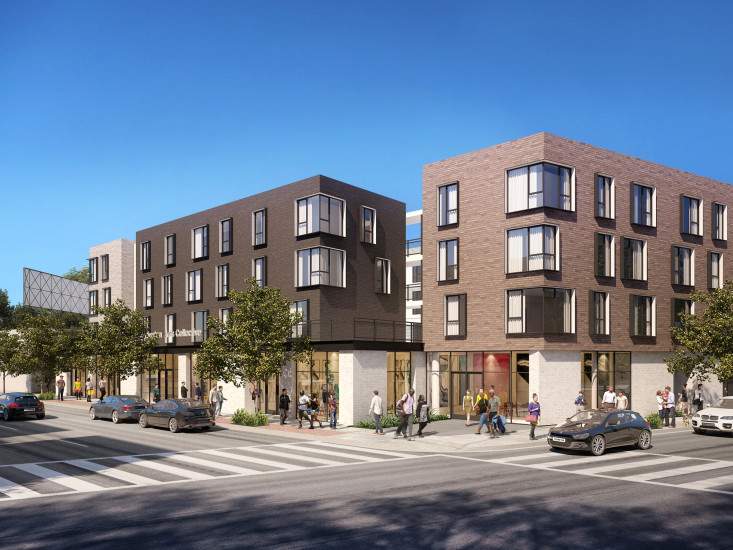 In Mid-City, the Council voted to authorize the drafting of an agreement with Meta Housing Corp. and Western Community Housing for the construction of the Washington Arts Collective, a two-building development which would replace city-owned parking lots at 4600 and 4601 Washington Boulevard.

The project calls for the construction of two four-story buildings containing a combined total of 56 apartments, including one manager's unit, 20 units set aside for formerly homeless families and individuals, and 35 reserved for low-income families.

In San Pedro, developer Abode Communities is poised for up to $29 million in bond financing for a Beacon Landing, a proposed using supportive housing development at 311-345 N. Beacon Street.

The project, slated to replace a pair of commercial buildings, would consist of a four-story edifice featuring 90 studio apartments catering to homeless individuals, a 10-car garage, and on-site supportive services.

The approximately $39-million project, which would be composed of prefabricated modular units, is also slated to receive $8.75 million via Measure HHH, and carries a per-unit price tag of approximately $433,000.

According to a 2020 staff report to the City Council, construction is of the Beacon Landing is scheduled to begin in January 2022 and conclude in April 2023.

Not far away in Wilmington, developer and service provider Brilliant Corners could receive up to $17.8 million in bond financing for the construction of a 54-unit supportive housing development at 1355 Avalon Boulevard.

The proposed development - designed by KFA Architecture - would convert a 1950s Safeway supermarket into residences, while adding a four-story apartment building on an adjacent site.  Plans call for a total of 54 studio and one-bedroom apartments - all of which will be supportive housing save for a single manager's unit - as well as on-site case management services.