The 9.1-mile extension of the L Line from its current terminus in Azusa to the City of Pomona is now halfway finished, the Foothill Gold Line Construction Authority announced at a news conference last week.

The extension, which began heavy construction in July 2020, will add four new stations to the L Line - including stops in Glendora, San Dimas, and La Verne, as well as the future eastern terminus next to the Pomona North Metrolink station.

“It is a great achievement for our team, our contractor and the entire County of Los Angeles to have been able to keep this important regional infrastructure project on schedule during the first years of the Pandemic,” said Claremont Mayor Pro Tem Ed Reece, who is also the Foothill Gold Line Board Chairman. “We are now just a few short years away from delivering light rail to more of the San Gabriel Valley and one step closer to completing our agency mission of connecting Los Angeles, the San Gabriel Valley and Inland Empire by light rail.” 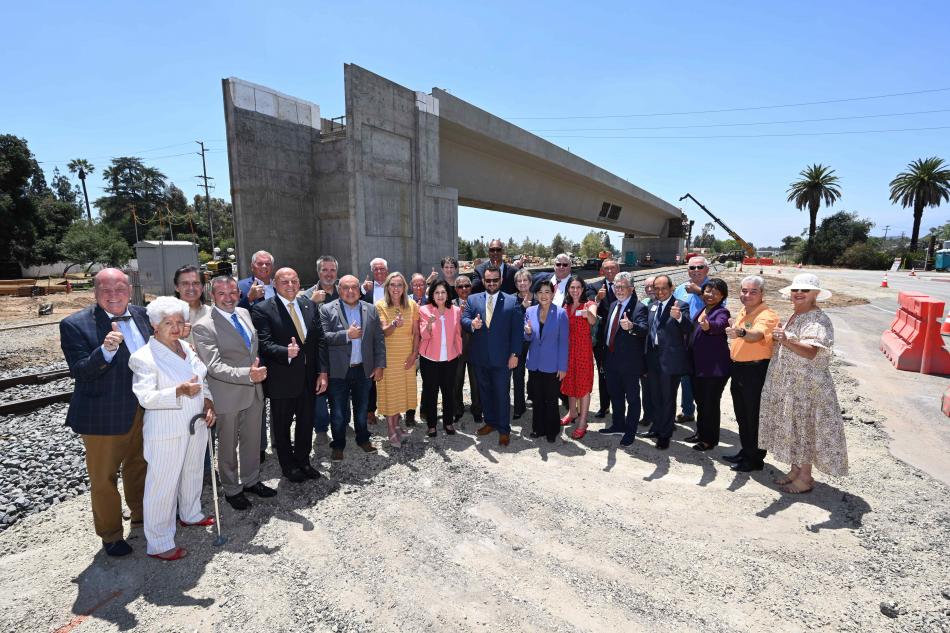 Ongoing work for the project includes the relocation of existing freight tracks within the right-of-way and reconstruction of at-grade crossings - both of which are more than 90 percent complete. Work is nearly 40 percent finished on the 19 new and renovated bridges along the project corridor, while installation of tracks is just over 40 percent complete.

The extension was the first Measure M-funded light rail line to break ground, and is also being financed with state money and leftover Measure R funds from the Pasadena-to-Azusa extension.

Construction is on pace for completion in early 2025, after which point the corridor will be turned over to Metro.

While the under-construction extension may be proceeding ahead of schedule, it represents a pared back plan relative to the original plan for the Foothill extension, which would pushed service on the L Line an additional three miles east past the San Bernardino County line. Work on two additional stops in Claremont and Montclair has been delayed, as additional funding to complete construction was not secured by an October 2021 deadline.