In Rancho Park, architecture firm HLW has announced the completion of The West End, a $180-million project which converted the former Westside Pavilion Macy's department store into an office campus. 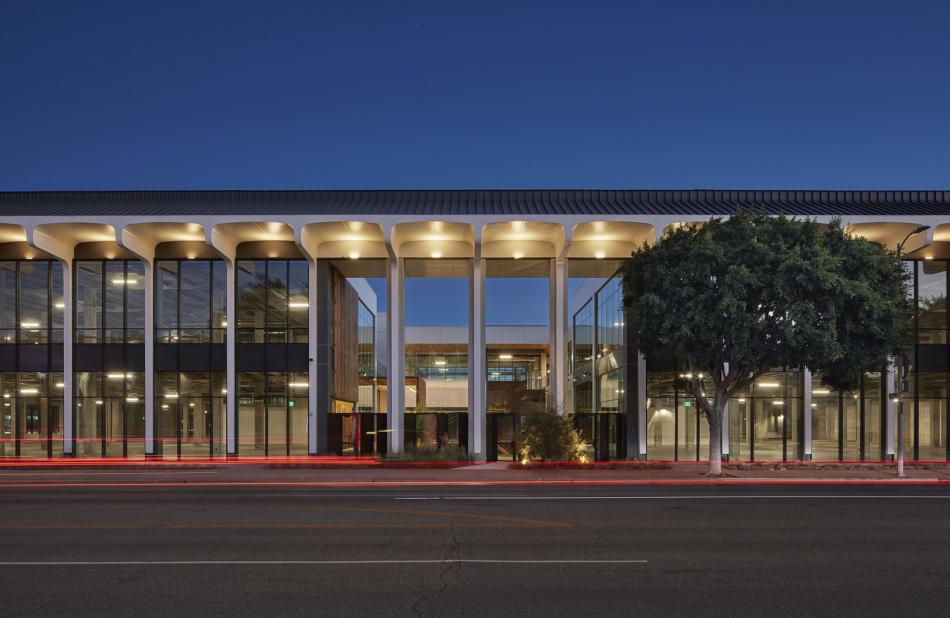 View of The West End from Pico BoulevardFotoworks/Benny Chan

“Adaptive reuse of the former Westside Pavilion Macy's preserves an urban fabric that a generation of Angelenos associate with the memories of time spent with family and friends at the mall” said HLW managing director Sejal Sonani. “West End is also an impressive case study on repurposing underperforming and abandoned malls throughout the country. HLW is elated to have provided this new space to the thriving urban community of West LA.”

Located at the southwest corner of Pico Boulevard and Overland Avenue, the shell of the former retail complex was converted by developer GPI Companies into approximately 240,000 square feet of offices. The project retained the exterior of the original building, while splitting i0ts interior in two with the addition of a 52-foot-wide courtyard extending from Pico Boulevard to a rear garage. Other additions include lobbies, interior balconies, and floor-to-ceiling glass windows which provides natural light into the interior courtyard.

Del Amo Construction, which served as the project's contractor, also oversaw seismic upgrades and the addition of a new 1,000-car garage to the property. 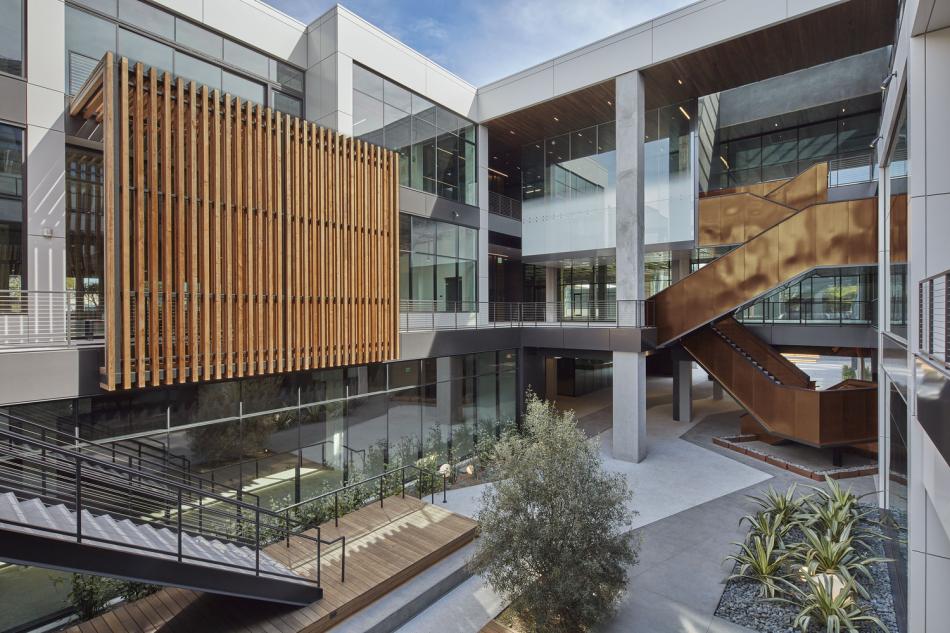 GPI Companies, which acquired the shuttered Macy's shortly after its closure in 2017 for a reported sum of $50 million, is not the only company revamping part of the Westside Pavilion shopping center. Next door, landlord Macerich has partnered with Hudson Pacific Properties on a conversion of the majority of the cavernous shopping mall into 584,000 office space, which has already been leased by Google.