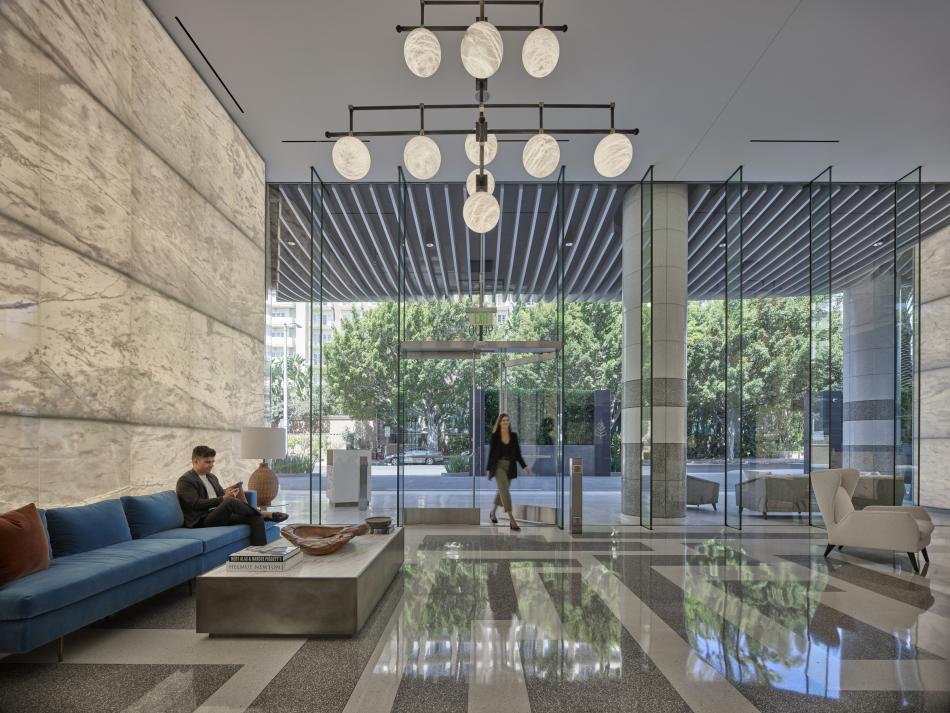 Lobby at The Four Seasons Residences in Beverly GroveCallisonRTKL

Located at 9000 W. 3rd Street, the 12-story mid-rise building stands on a nearly block-sized between Wetherly and Almont Drives.  The new project, which is the first standalone Four Seasons-branded residential building in the United States, includes 59 townhomes and condominiums, with an average size of 2,400 square feet.

CallisonRTKL's design for the Four Seasons Residences incorporates elements of Mid-Century Modern architecture on its exterior, with floor-to-ceiling glass on exterior walls and prominent cantilevered balconies.  The building is intended to appear as a mid-rise apartment tower facing Wetherly Drive to the west, but scales down to townhomes on Almont Drive to the east.

Residents of the condominiums - which were reportedly priced as high as $50 million - have access to a common a fitness center, a pool terrace, an IMAX theater, and other off-site amenities at the neighboring Four Seasons Hotel across Wetherly Drive, including a 24-hour concierge. 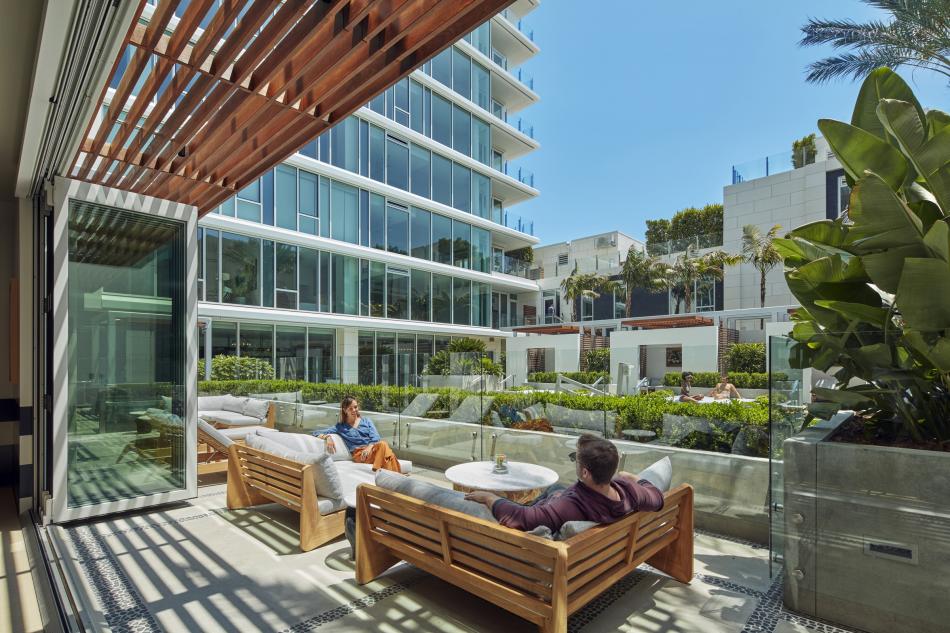 Outdoor deck at The Four Seasons Residences in Beverly GroveCallisonRTKL

Each home is accompanied by a two-to-six-car garage, with direct elevator access - an amenity which is described as "Paparazzi Proof."

Plans for the Four Seasons development originated in 2007, when the project was first proposed as a larger 16-story edifice containing 84 residential units - an amount that would have replaced each of the apartments demolished to make way for the new construction.  However, the scale and intensity of the development gradually decreased as it moved through the City approval process, leading to the completed project breaking ground in 2017.

Genton Cockrum Partners, now that it has completed work on its long-running project in Beverly Grove, will next move on to a rental development slated to replace the shuttered San Pedro Courthouse. 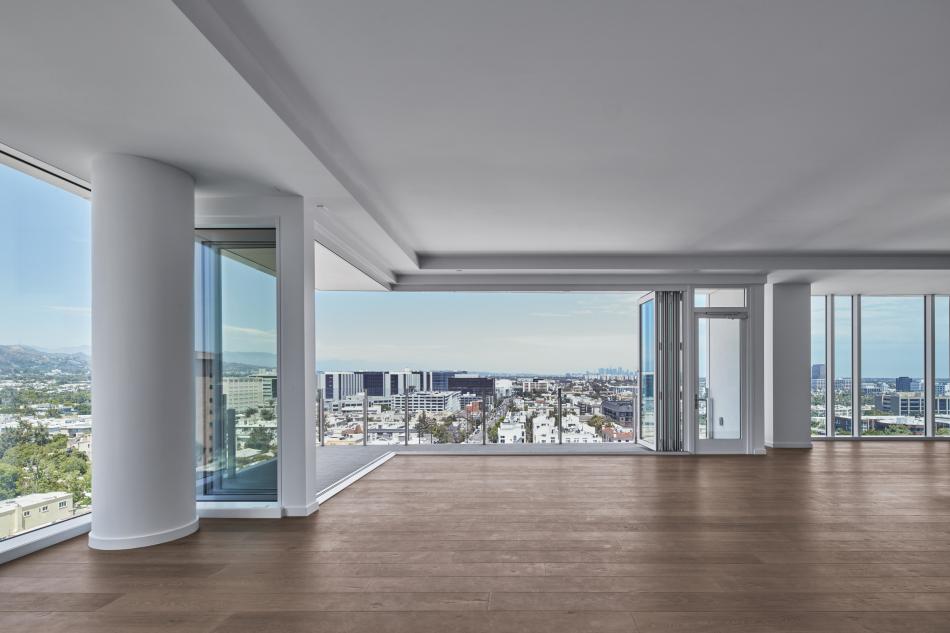