Just south of Temple Street in Historic Filipinotown, construction is underway for a new income-restricted apartment complex from Meta Housing Corp. and the Foundation for Affordable Housing.

Dubbed Lucena on Court, the project is rising from a site located at 1919 W. Court Street, with frontage on Bonnie Brae Street to the east and Westlake Avenue to the west. Plans call for the construction of a four-story building with will feature 46 apartments above a single level of basement parking.

According to an October 2021 staff report to the California Tax Credit Allocation Committee, Lucena on Court will include a mix of one-, two-, and three-bedroom apartments, priced for households earning between 30 and 60 percent of the area median income level. Rents for the complex would range from as low as $665 per month for a one-bedroom unit to as much as high as $1,698 for a three-bedroom dwelling. 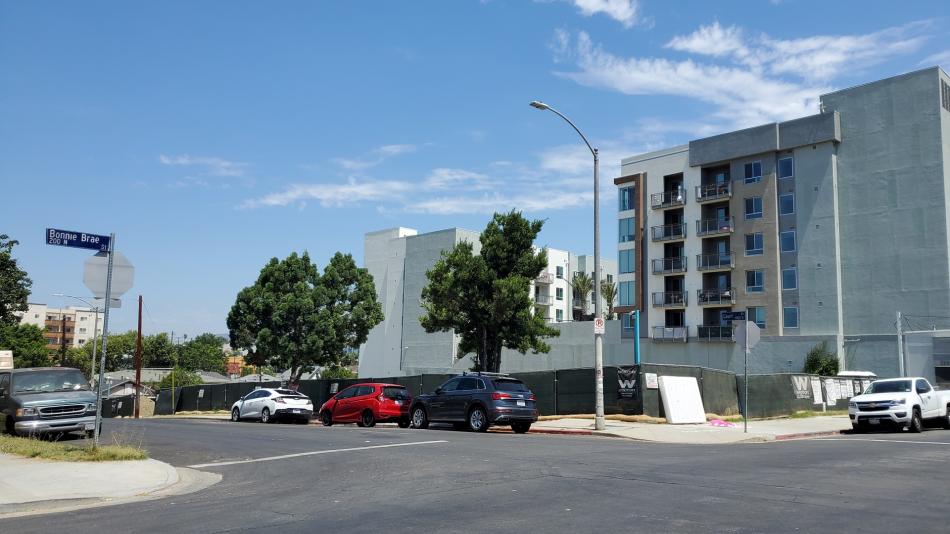 Construction of Lucena on CourtUrbanize LA

Lucena on Court is being built to fulfill a condition of approval of an adjacent market-rate apartment complex, the 200-unit Alexan Bahay development, which subdivided a portion of the project site for the construction of affordable housing.