A draft environmental impact report published by the Culver City sheds more light on Apple's plans to build a new office campus housing thousands of employees at the intersection of Venice and National Boulevards.

Dubbed the "Culver Crossings" project, Apple's new campus would rise from a 4.5-acre property on the border between Los Angeles and Culver City, bounded by Venice, National, and Washington Boulevards. The Cupertino-based tech giant intends to raze existing improvements, including a series of commercial buildings and surface parking, to clear the way for two new buildings containing a total of 536,000 square feet of commercial offices above three-level subterranean parking structures with a combined capacity of 1,216 vehicles.

The property, which could house up to 2,400 employees, is expected to also include production spaces for small format multimedia content creation and amenities such as a cafeteria, and coffee stations. Likewise, plans call for approximately 58,000 square feet of open space, including a 51,600-square-foot internal courtyard and a 7,120-square-foot, park-like space facing Washington Boulevard, which would be made publicly accessible.

Gensler is designing the campus, taking the reins from HOK, which include four- and five-story buildings of up to 75 feet in height. While no ground-floor commercial space is planned along any of the street frontages, large entrances and shuttle drop-off points would be situated along both National and Venice Boulevards. Images included a series of long terrace decks along the exterior of both structures. 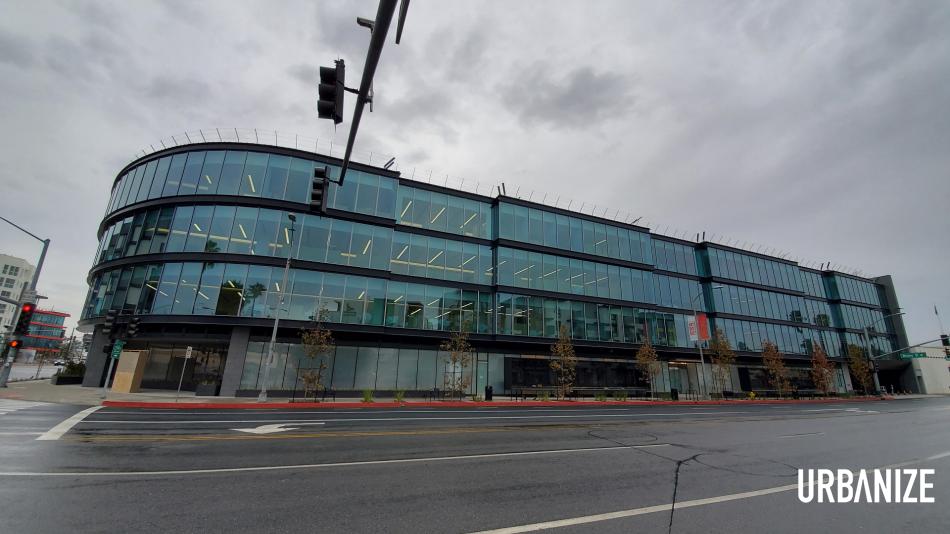 Construction of the new campus, located a block east of Metro's Culver City Station, is expected to double Apple's footprint in the Los Angeles area. The company currently occupies approximately 500,000 square feet of space in and around Culver City, including a 128,000-square-foot building that it leases in a neighboring property at Washington and National. The company is estimated to employ more than 1,500 people in Los Angeles through Apple TV+, Apple Music, and other ventures. Apple previously announced its intent to grow the Culver City office to more than 3,000 employees by the year 2026.

While Apple is arguably the biggest name to plant its flag its Culver City, it is hardly the first. Across the street, Warner Bros. Discovery leases 240,000 square feet of office space at the $350-million Ivy Station complex, and to the west on Washington Boulevard, Amazon has leased more than 600,000 square feet of space between the Culver Studios complex and the neighboring Culver Steps development. 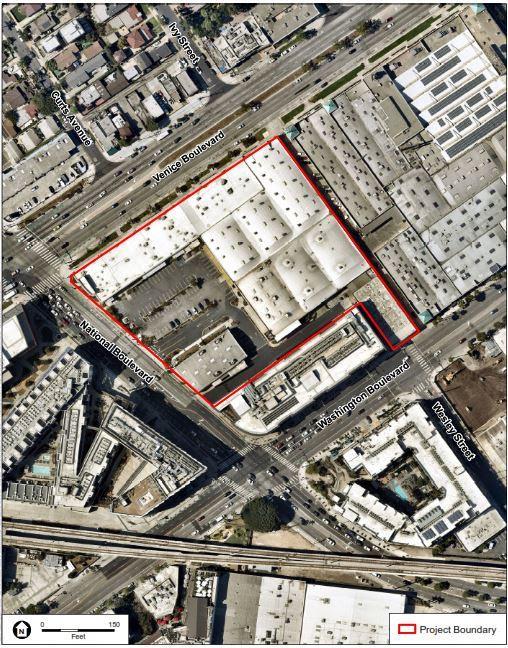