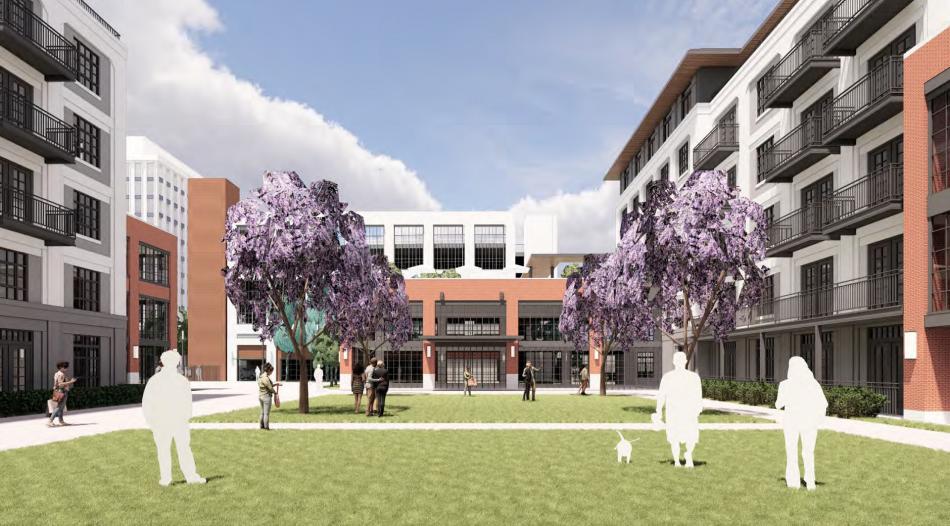 The project, led by applicant Mill Creek Development, would rise from a property located at 3452-3488 E. Foothill Boulevard. Plans call for new construction - including apartments and a standalone parking garage - as well as the renovation of an existing Panda Inn restaurant and an 11-story office building. A full buildout of the proposed development would create a 233 apartments - including 21 affordable units - accompanied by parking for 529 vehicles.

CallisonRTKL is designing CFT Gateway Center, which is depicted in renderings as a series of contemporary podium-type buildings clad in stucco, tile, and metal. Architectural plans show the new apartment buildings wrapping a central courtyard area, with additional amenities planned in rooftop decks. At the front of the property, facing Foothill Boulevard, a surface parking next to the Panda Inn restaurant would be converted into a courtyard with a valet zone.

The owner of the development site, restaurant, and office buildings is listed as an entity affiliated with the Cherng family, which operates the Panda Express restaurant chain.  The family has also entitled a site in South Pasadena for a smaller housing and retail complex. 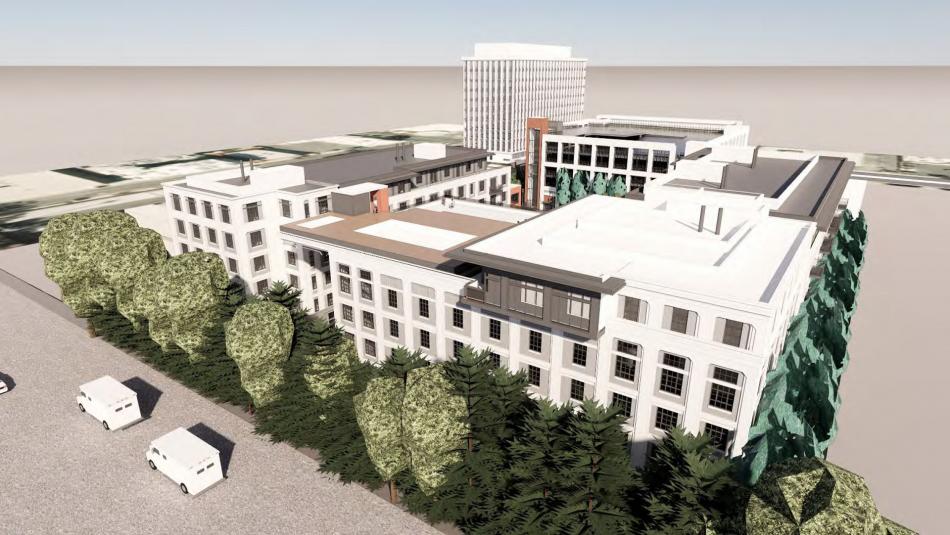 Mill Creek Development and CallisonRTKL are also working on Olivewood Village, a similar mixed-use project with housing and retail now under construction in the Pasadena Playhouse District.

Other developments in the works near Sierra Madre Villa Station include a proposed housing and retail complex from High Street Residential that would rise two blocks west on Foothill Boulevard.