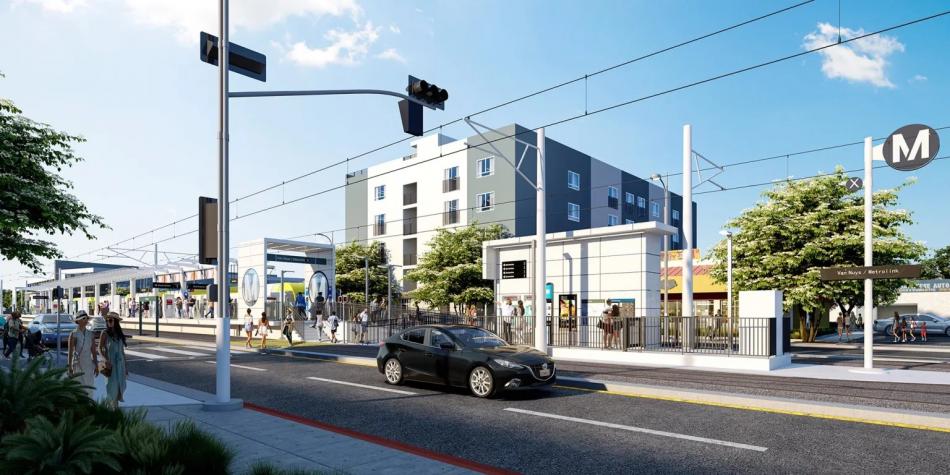 The utility relocation, which will cost roughly $9 million, is intended to clear the way for the construction of a roughly 6.7-mile rail line between Van Nuys and Pacoima. The full project, expected to cost between $1.6 billion and $2 billion, will run at-grade with 11 stops - including transfers to the G Line busway and the Van Nuys Metrolink Station.

The initial segment, slated to open sometime between 2028 and 2030, would be followed by a second phase which would see the East San Fernando Valley line veer northwest onto a Metro-owned right-of-way which parallels San Fernando Road. Metro's options for the later phase could include a segment of the light rail line, or the construction of a new Metrolink station at the intersection of San Fernando and Van Nuys Boulevard, allowing transfers between the two passenger rail services. 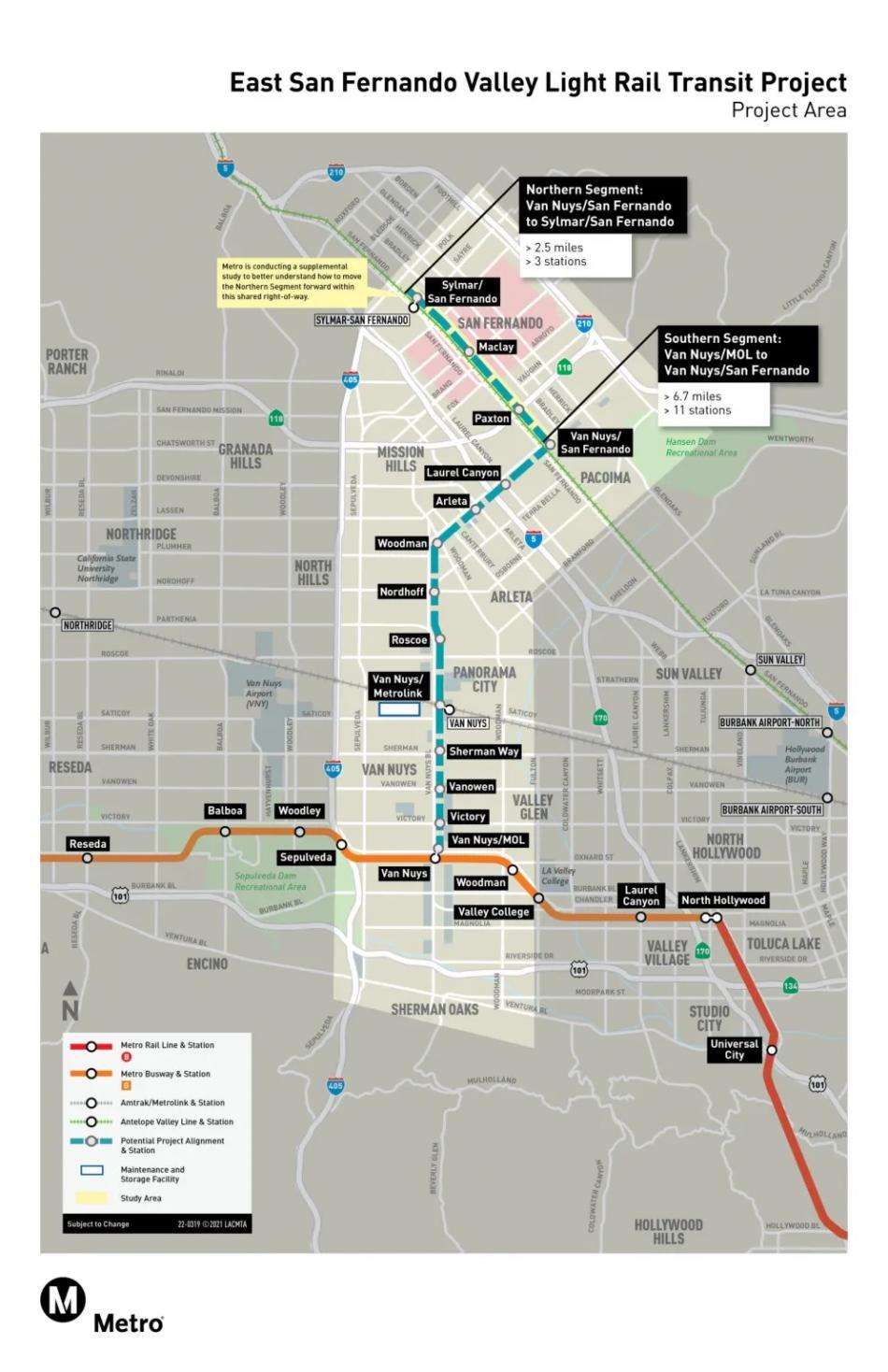 The East San Fernando Valley Line, the first Metro rail project in the Valley since the completion of North Hollywood and Universal City Stations in 2000, set the stage for more Metro projects to come on the north side of the Santa Monica Mountains. Metro is also planning upgrades to the G Line busway, including gated crossings and grade separations at Van Nuys and Sepulveda Boulevards.

While the groundbreaking ceremony for the Van Nuys light rail line may arguably be premature, with heavy construction not expected to commence until 2023 and full funding for the project not yet secured, the ceremony was accompanied by a new batch of renderings showcasing what the completed project will look like. Check them out in the gallery.