The former site of Lloyd's Nursery in Gardena will soon is poised for redevelopment by Orange County-based real estate firm Olson Homes.

The two-acre property, located at the intersection of 141st Street and Normandie Avenue, was approved in late 2020 for the construction of 50 two- and three-bedroom townhomes, ranging from 1,260 to 1,659 square feet in size.  Each unit would include a two-car tandem parking garage at ground level, as well as private decks and patios.

KTGY Architecture + Planning is designing the development, called Azalea Walk, which would be composed of six different three-story structures in a gated community with private roads.  A large central green space would sit at the center of the property, according to a site plan.

The project follows a recent series of new townhome projects in Gardena that have replaced industrial facilities in nurseries, including developments from G3 Urban, Melia Homes, and KB Home. 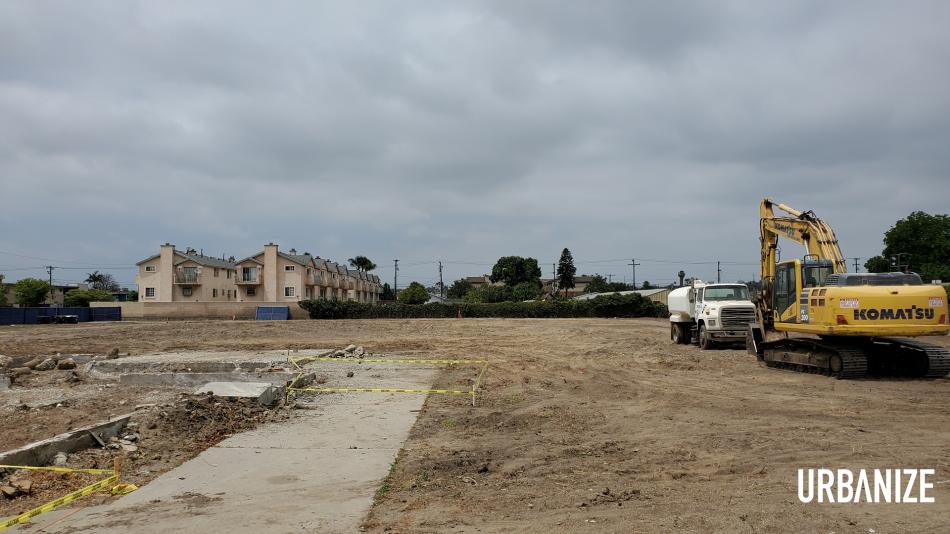 Olson Homes, which is headquartered in Seal Beach, has recently developed similar townhome projects in Jefferson Park and West Carson.