Just three months after our last update, glass now encloses the expanded metal structure of the former Trident Center office complex in Sawtelle, which is being rebranded as Lumen West L.A. through a $300-million makeover by McCarthy Cook and Northwood Investors. 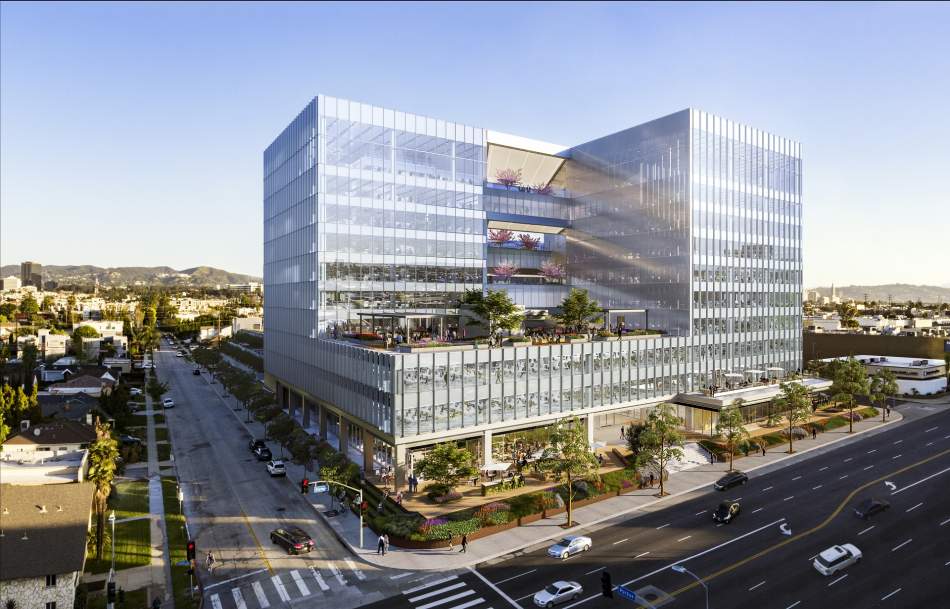 The property -which spans a full city block bounded by Olympic Boulevard, Corinth Avenue, Purdue Avenue, and Mississippi Avenue - was initially developed in the 1980s as a pair of 10-story, concrete-clad buildings containing more than 300,000 square feet of offices above a 2,000-car garage.  The under-construction revamp will add 115,000 square feet of new space to that total, including ground-floor retail uses.

Gensler is designing the project, which has added steel bridges connecting the two towers, as well as a two-story extension at the intersection of Olympic and Purdue.  The revamp retains an existing amenity deck at the rear of the property, while also adding outdoor spaces in an open-air space beneath the bridged sections of the building. 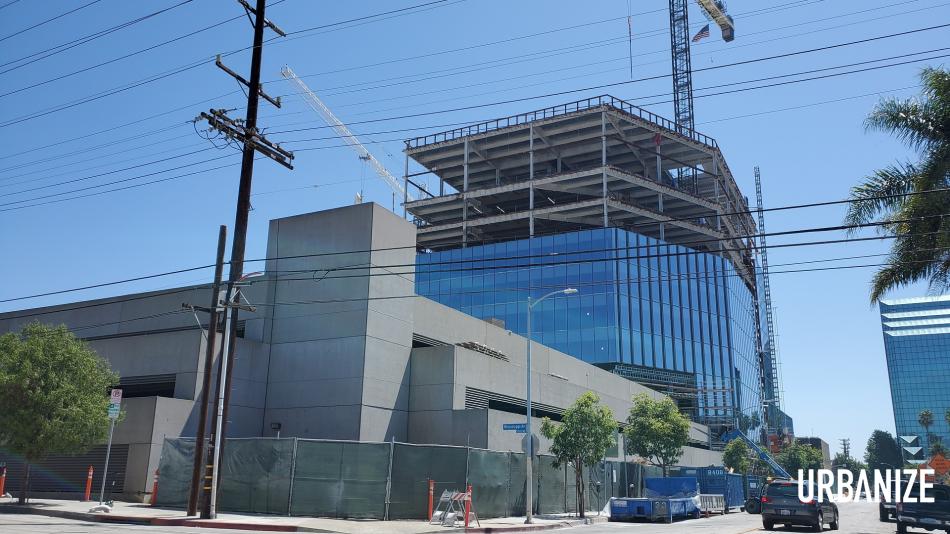 Additionally, plans call for the addition of a small dog park at the northwest corner of the project site, adjacent to the intersection of Mississippi and Purdue.

Completion of the Lumen is expected in 2022. 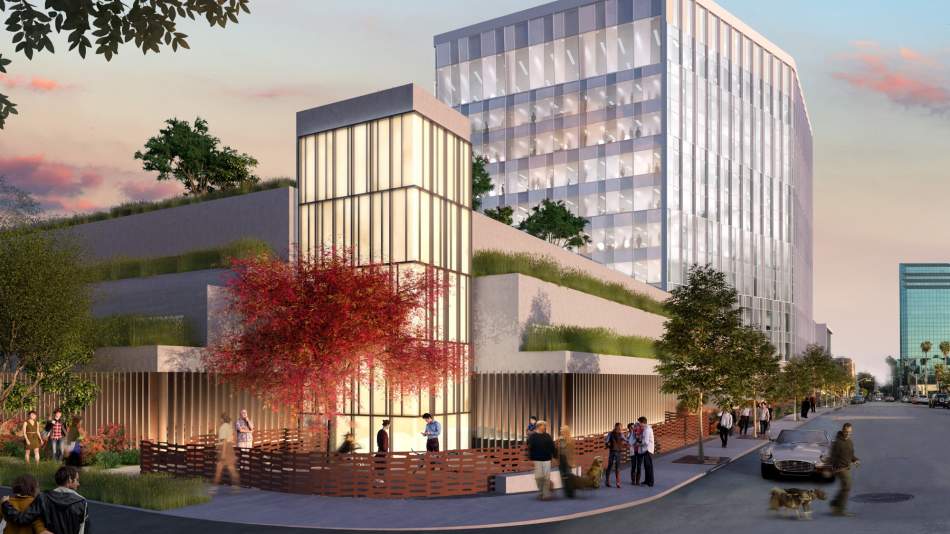 Dog park at rear of propertyGensler