At its meeting on June 7, the Glendale City Council is scheduled to consider a feasibility study outlining plans for a new streetcar line which would connect the city's Downtown core with its regional rail hub and other transit services. 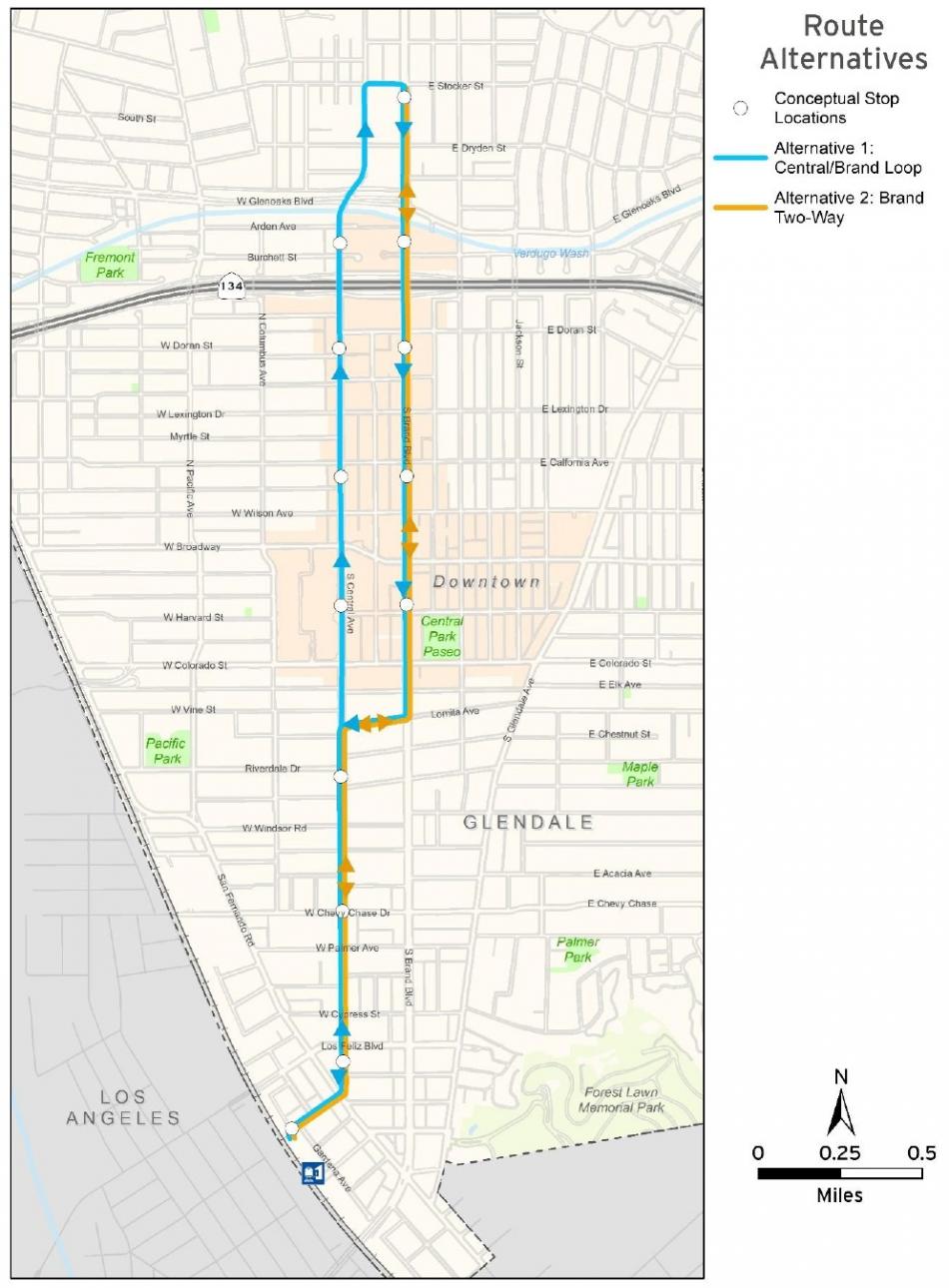 The Glendale Streetcar, which has been under study for a half-decade, would run along an alignment once served by the Pacific Electric Railway, and could eventually serve as a starter line for a system extending toward Burbank. The project would serve a roughly 2.6-square-mile area centered on Brand Boulevard and Central Avenue that is home to approximately 62,000 residents and 43,000 jobs.

A report from engineering firm HNTB focuses on two possible alignments for the streetcar line: 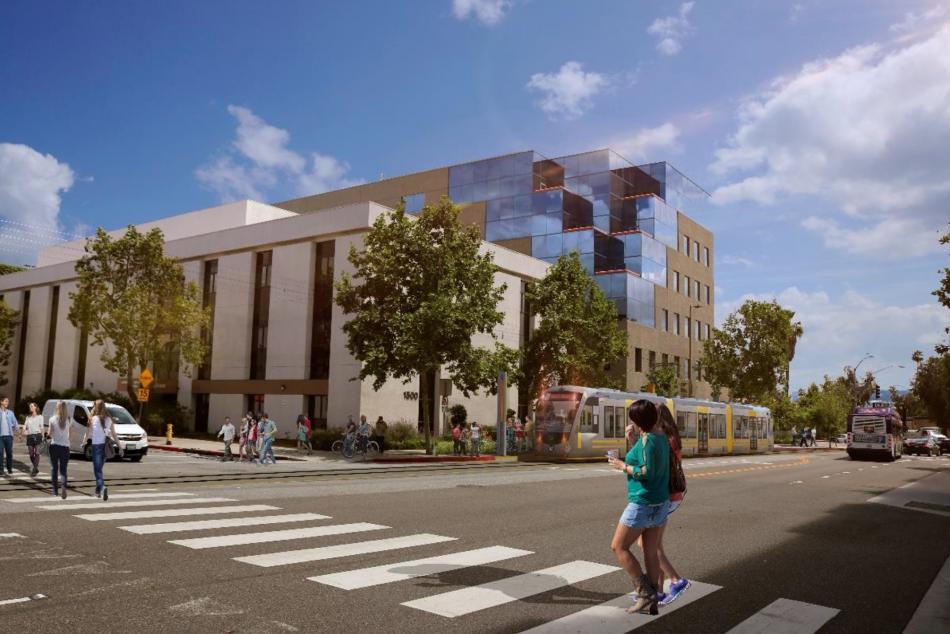 Both alternatives would run approximately three miles and feature a maintenance and storage facility adjacent to the southern terminus at the Glendale Transportation Center. Streetcars would run within the right-most through travel lane on city streets, with stops either placed in bulb-outs or integrated into the sidewalk.

Per the report, potential station locations for Alternative 1 include:

Alternative 2 stops could include: 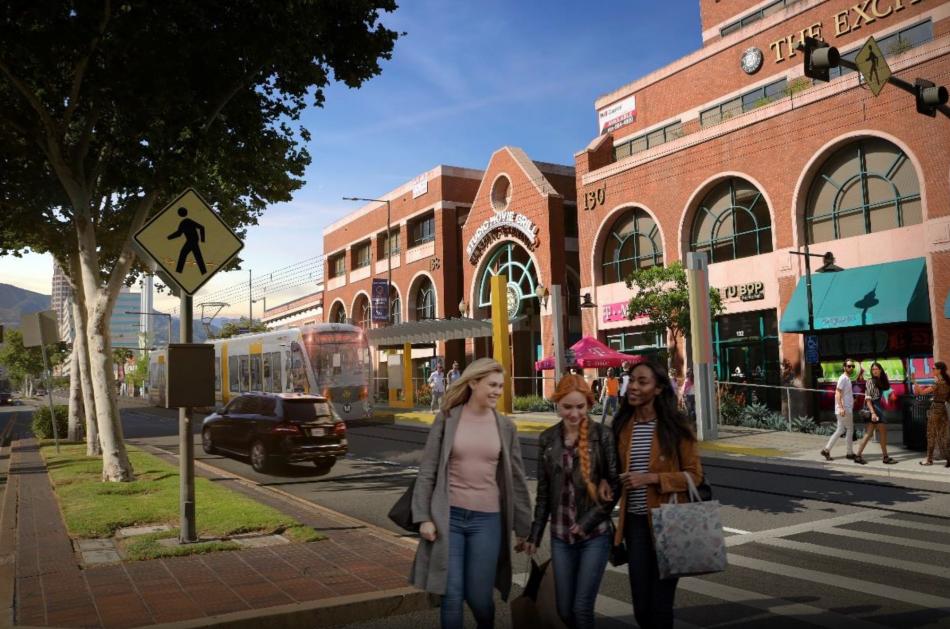 The study anticipates that the streetcar would run between 6 am and midnight between Monday and Friday and between 8 am and 9 pm on Sundays, with 10-minute daytime headways and 20-minute service intervals in the early morning and late night.

Weekday ridership forecasts for the loop alternative range between 1,400 and 1,800 passengers, while the two-way alternative is expected to attract between 1,500 and 2,00 passengers. End-to-end travel times would range between 35 minutes in off-peak hours to as much as 51 minutes during the evening rush hour. Both alternatives would connect with Metrolink trains at the Glendale Transit Center, as well as the forthcoming bus rapid transit line between North Hollywood and Pasadena.

Citing its ease of use and higher ridership potential, the HNTB report recommends that Alternative 2 should be selected for further planning. 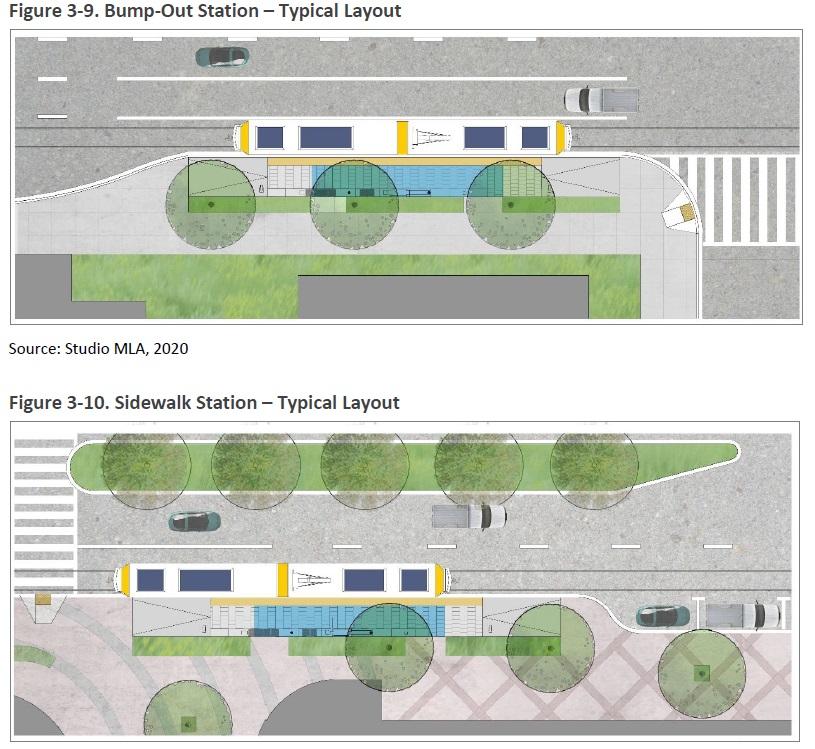 The report estimates that the total cost of the streetcar, including its construction budget, could exceed $495 million. Potential funding sources include Federal and State grants, as well as local tax revenue or sponsorship.

Pending approval of the project, and the availability of funding, construction of the streetcar would occur over 30 months and commence as early as 2026. That would allow the system to begin operating by 2028.

The Glendale project is one of a handful of streetcar lines in development in Southern California at the moment, including a similar system proposed for Downtown Los Angeles. In Orange County, Santa Ana has already commenced work on a four-mile streetcar line which will connect to its regional rail hub.