A new project aims to green the streets of South Los Angeles while also aiding in the city's effort to capture more of its increasingly uncommon storm water.

Project features would include:

Per the presentation, the new amenities are intended to improve water quality within the Ballona Creek Watershed and Santa Monica Bay, with the added benefit of bringing new green space to an area of South Los Angeles where parks are in short supply, 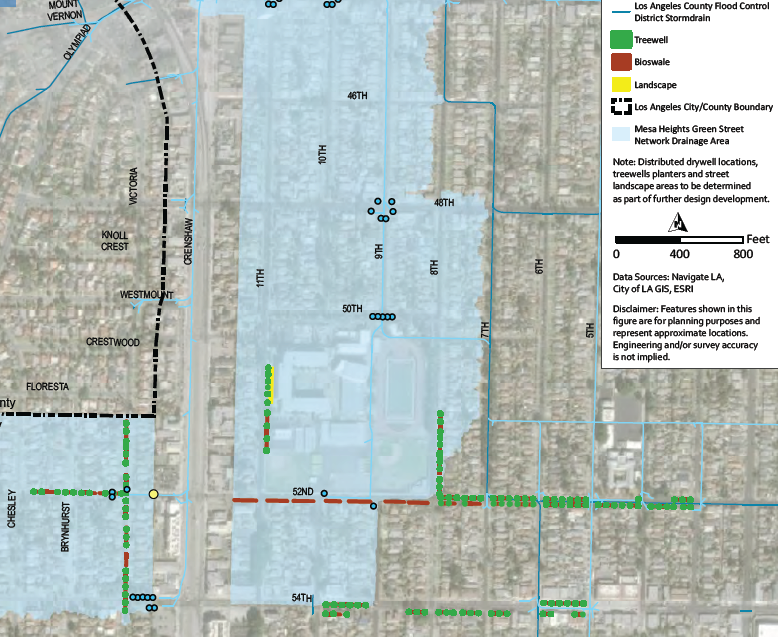 Construction could begin as early as Fall 2023 and be completed by 2025.

The total cost of the green infrastructure is estimated at $8.2 million, with funding through a Los Angeles County parcel tax.