The new wave of Project Homekey funding could be used to transform a nondescript apartment building in Panorama City into public housing.

Yesterday, the Housing Authority of the City of Los Angeles (HACLA) distributed a notice indicated its intent to purchase the two-story, 31-unit apartment building located next to the Pacoima Wash at 14949 Roscoe Boulevard. The two-story, roughly 21,000-square-foot building was completed in the 1970s, according to city records.

HACLA, according to a report given earlier this month to the Authority's Board of Commissioners, is poised to pay $10 million to acquire the building, translating to a per-unit price tag of just under $345,000 - a steep discount relative to the average $559,000 per-unit price tag of a Measure HHH-funded development in 2020.. The sale is scheduled to close by the end of January 2022, with an optional extension through May 2022. 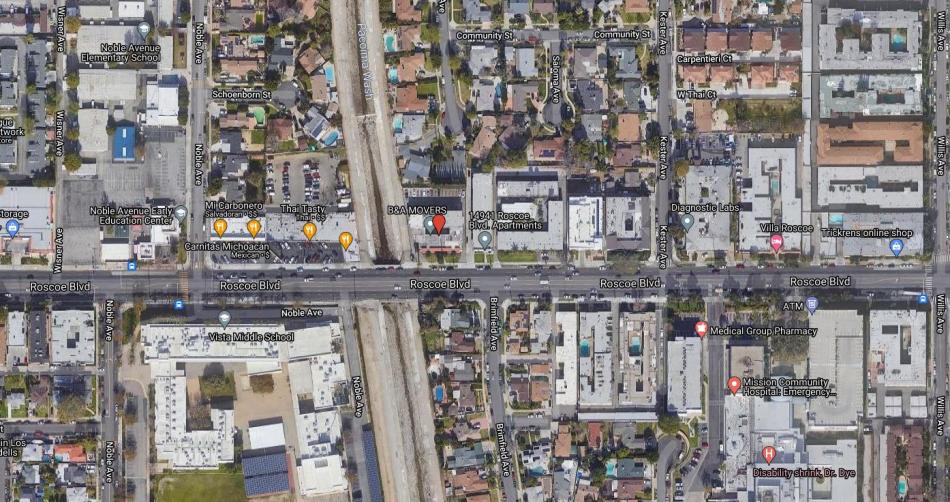 The Roscoe Boulevard property is one of at least a half-dozen prospective Project Homekey purchases by the City of Los Angeles, including three hotels located in Hollywood and the San Fernando Valley and an apartment building now under construction in South Los Angeles.

The $2.75-billion second phase of Project Homekey, which was announced by California Governor Gavin Newsom in September, allocates just over $358 million to jurisdictions in Los Angeles County to acquire new or under-construction buildings to reposition them as interim or permanent supportive housing.