In January 2020, Atlanta-based DOMOS and Beverly Hills-based ESI Ventures paid $29 million to purchase a 1930s apartment building in Hancock Park, with an eye toward repositioning it as a co-living complex.  A presentation posted by the Greater Wilshire Neighborhood Council offers a closer look what the two companies have envisioned for the property. 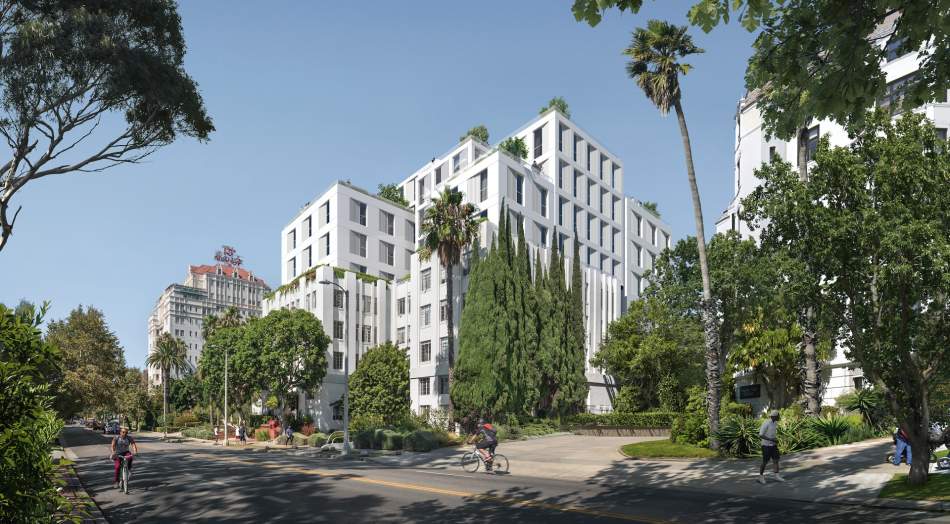 The four-story edifice, located across the street from the Wilshire Country Club at 410 N. Rossmore Avenue, currently consists of 78 apartments above a single level of basement parking.  Architectural plans included with the presentation indicate that the existing structure would be reconfigured to include 87 residential units in a mix of studio, one-, and two-bedroom floors plans, as well as four- and five-bedroom co-living suites.  The completed project would offer capacity for roughly 225 residents, the companies announced last year.

Plans from architecture firm LOHA would retain much of 410 Rossmore's French Gothic exterior, which was designed by the late Max Maltzman.  However, DOMOS has also proposed the addition of five floors atop the building, resulting in a structure that would stand more than 104 feet tall. 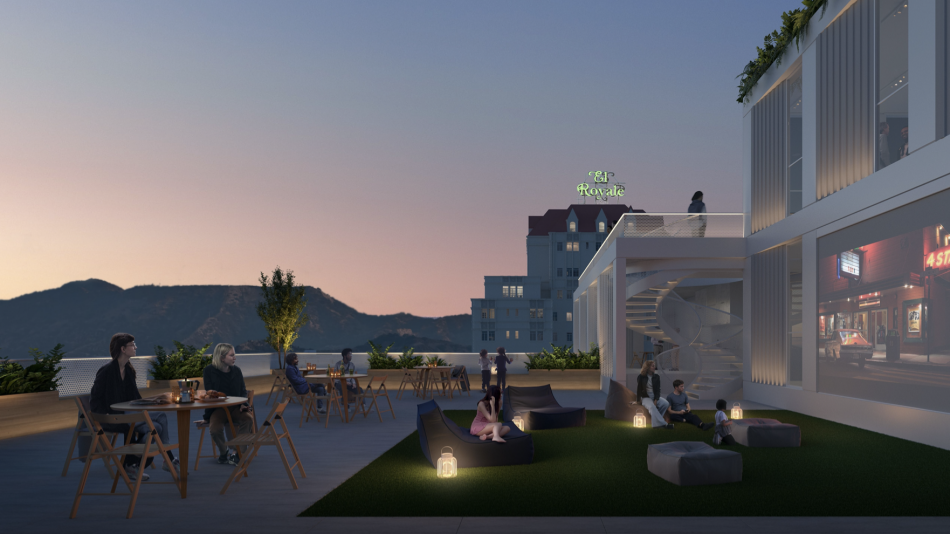 The new rooftop construction would be of a more modern appearance, with a series of upper level setbacks that would reduce the building's mass and provide space for multiple terrace decks.  The scale of the proposed development, while roughly double that of the existing structure, is not limited by zoning, which does not cap height on Rossmore Avenue.  Likewise, the presentation from LOHA notes that two past proposals for the site had called for buildings standing 13 and 8 stories in height.

At the time of its purchase of 410 Rossmore, DOMOS expected to break ground on the project by mid-2021 and complete construction within 22 months. 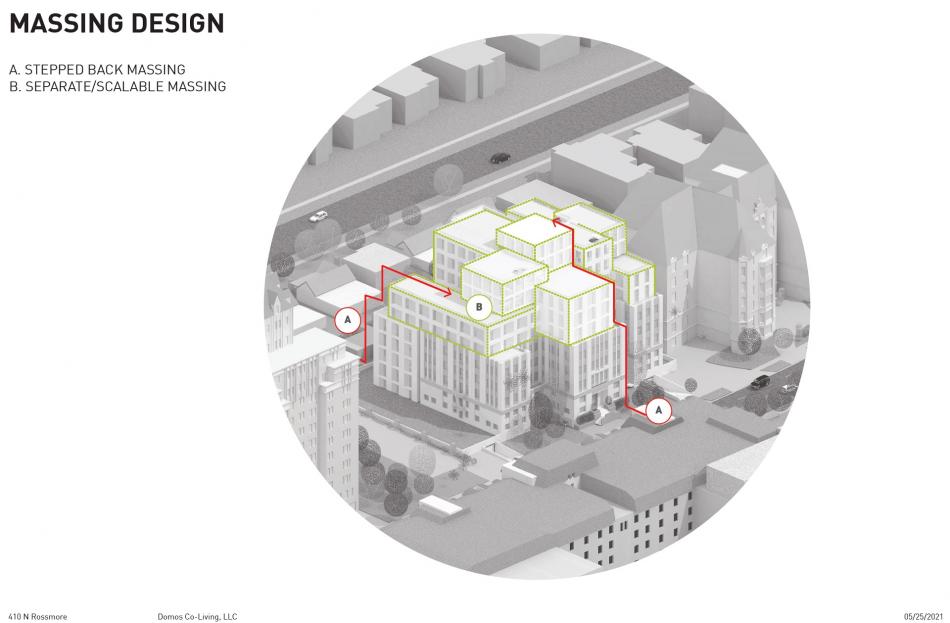 The project is not the only new housing development which could add height to Hancock Park.  A half-mile north at 617 N. Rossmore Avenue, another developer is working with LOHA on a proposed 11-story, 14-unit apartment building is planned.