A local developer is rethinking plans for a mixed-use apartment building on the western edge of Hancock Park. 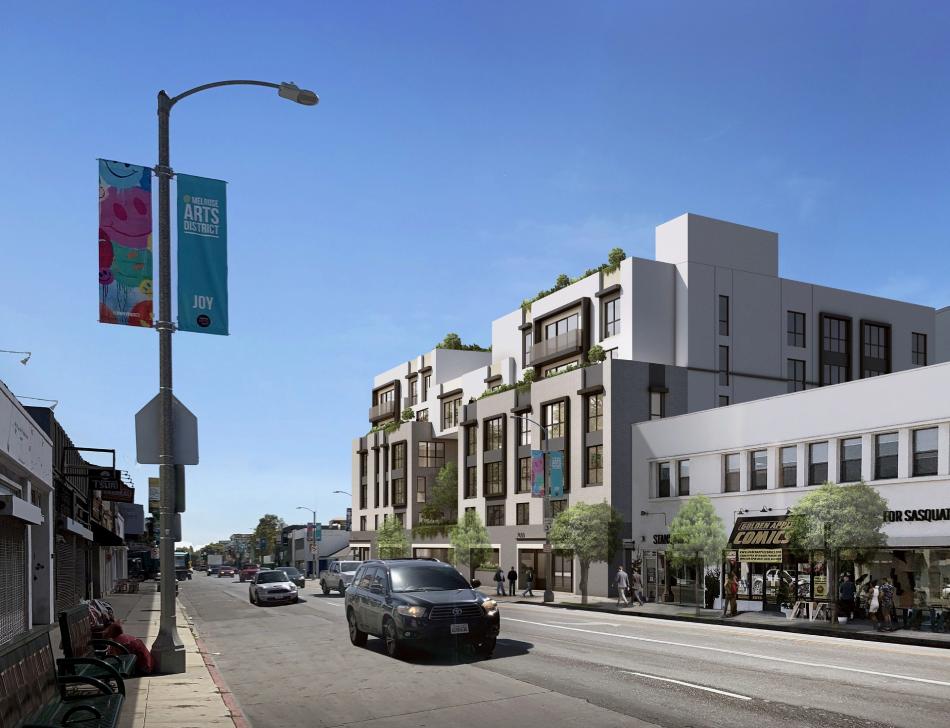 However, according to an agenda item from the July 27 meeting of the Greater Wilshire Neighborhood Council's Land Use Committee, the project team has gone back to the drawing board.  In lieu of the approved development, which was never issued building permits, plans now call for a larger 63-unit apartment complex.  The revised proposal also calls for ground-floor commercial space and two levels of basement parking.

Mika Design Group is the architect behind the updated project, which would stand six stories in height and feature a mix of one- and two-bedroom apartments.  Renderings depict a contemporary podium-type building with a U-shaped footprint wrapping a central courtyard.  Plans also call for a rooftop pool and amenity deck.

The difference between the two projects is owed to the Transit Oriented Communities guidelines, which often offers more generous incentives to projects that provide on-site affordable housing.  In exchange for the provision of six very low-income affordable units, Tiger West would be able to increase density by 57 percent relative to the approved project, while also building less parking.

Since the approval of the original 7000 Melrose project in 2016, other investors have also sought to bring housing to the surrounding neighborhood.  Just last year, Markwood Enterprises filed plans with the City of Los Angeles to redevelop a nearby site at Melrose and La Brea Avenue with a 66-unit apartment complex.  Additionally, construction is now in progress for a 24-unit apartment building at 7673 Melrose and a 33-unit complex at Melrose and Highland Avenue.