Across the street from the SpaceX headquarters campus in Hawthorne, the Dinerstein Cos. is putting the finishing touches on a mixed-use apartment complex. 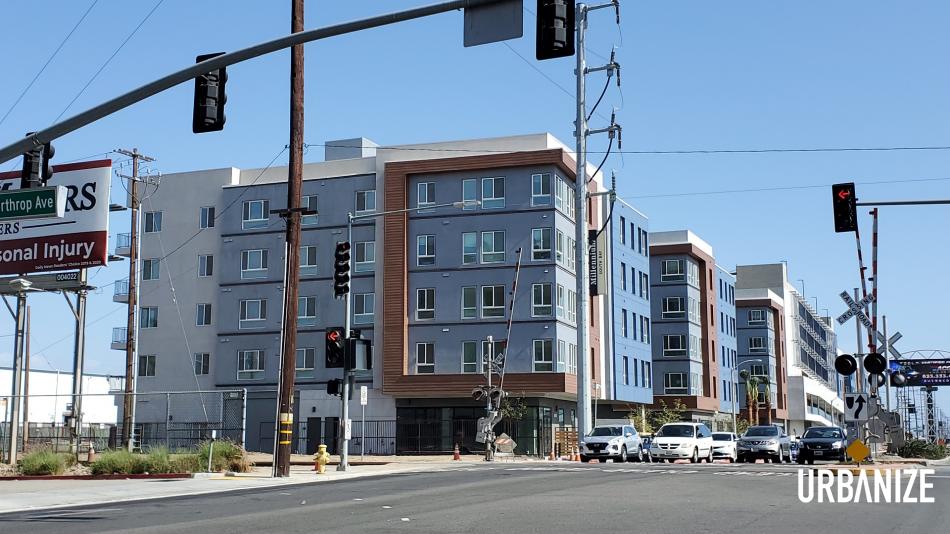 Millennium South Bay, located on a narrow site along the east side of Crenshaw Boulevard between Jack Northrop Avenue and El Segundo Boulevard, consists of two five-story buildings flanking a central parking garage.  The development includes 230 studio, one-, and two-bedroom apartments with approximately 3,100 square feet of ground-floor retail space.

According to a leasing website, monthly rents for Millennium South Bay will range from $2,550 to $3,645.  Studios are as small as 567 square feet in size, while two-bedroom dwellings have up to 1,319 square feet of space.

Steinberg Hart designed the contemporary podium-type development, which incorporates amenities such as a swimming pool and a fitness room.  At street-level, a series of courtyards are located along Crenshaw Boulevard. 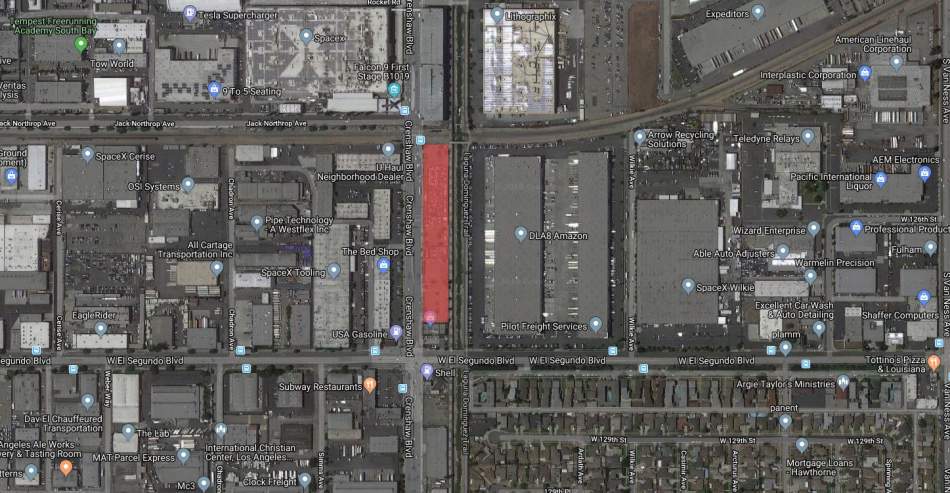 Millennium Hawthorne, which is on pace for completion this year, is among a handful of new developments in the works near SpaceX headquarters, including a new office campus which will serve as the base of operations for Amazon subsidiary Ring.

Dinerstein Cos., which is headquartered in Houston, Texas, recently developed a similar apartment complex in Santa Monica, and is planning a 265-unit project in Gardena.