As every Angeleno knows, there are three certainties in life: death, taxes, and LAX construction traffic. But all of the stress you endure while slogging through the horseshoe is poised to pay off - at least one of these days.

The airport's $5.5-billion Landside Access Modernization Program, or "LAMP," saw the completion of several of its major components in 2021, as well as construction milestones for the automated people mover that will serve as its centerpiece. Here's a look at where things stand at the start of this year. 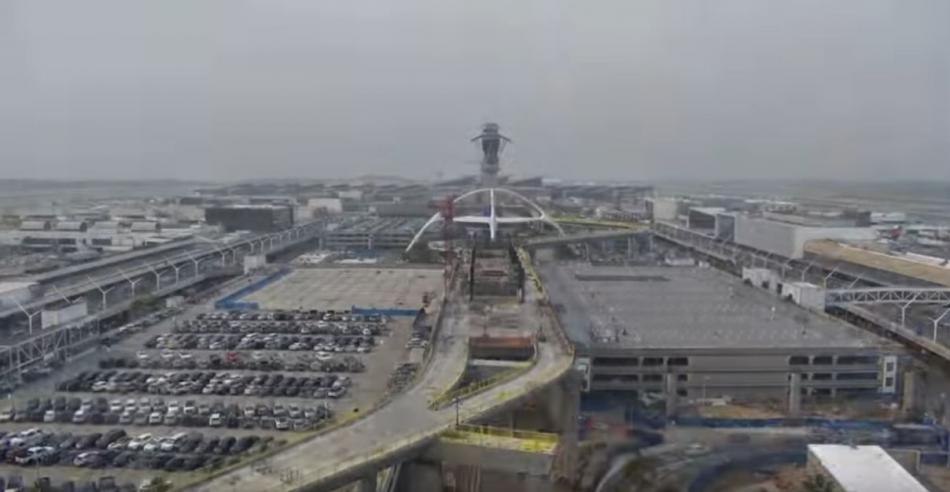 As of December 2021, construction is now 67 percent complete for the people mover, which will shuttle passengers 2.25 miles between the central terminal area and ground transportation options to the east - including a Metro rail stop that broke ground last year at 96th Street and Aviation Boulevard. Progress is most pronounced on the monorail-like system's elevated guideway, which has reached 87 percent completion, while steel canopies continue to take shape at stops in the central terminal area, as well as at a series of ground transportation hubs along the route.

Moving forward, the addition of new pedestrian access bridges in the central terminal area is expected in 2022, as is the construction of the segment of elevated guideway crossing above Sepulveda Boulevard near LAX's iconic pylons. 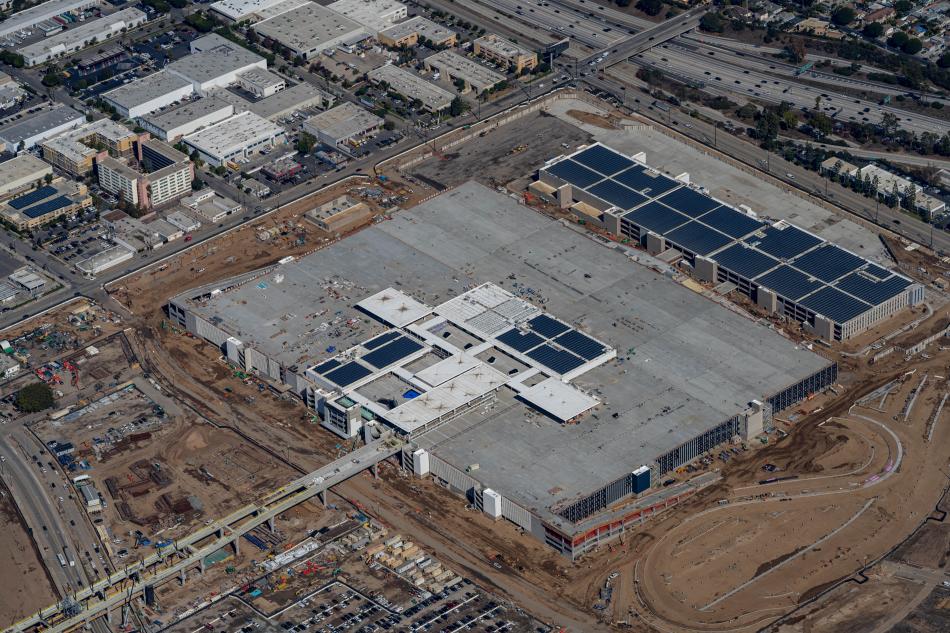 The other signature element of LAMP, the massive Consolidated Rental-A-Car facility (or ConRAC), is now 77 percent complete. Located on the footprint of what was once the Manchester Square neighborhood just west of the 405 Freeway, the 6.4-million-square-foot parking garage will accommodate up to 18,000 vehicles - making it the largest rental car parking garage in the world.

Both the people mover and ConRAC are expected to open by 2023.

It's not all construction - at least one component of LAMP saw a ribbon-cutting in the past year. In October, city officials announced the completion of the new Economy Parking facility - a comparatively diminutive garage with 4,300 vehicle stalls. A future connection to the people mover will be made via two pedestrian bridges once the system comes online.

Likewise, the $1.73-billion west gates expansion of the Tom Bradley International Terminal made its debut in May 2021. The project adds 15 new passenger gates in a five-story, 1,700-foot-long building.

Even when completed, the LAMP modernization will not mark the close of LAX's makeover. Los Angeles World Airports is next planning a new passenger concourse attached to Terminal 1, as well as the construction of a new passenger terminal (and infill people mover stop) on the east side of Sepulveda Boulevard.  Those projects are expected to be built by 2028, prior to the start of the Summer Olympic Games.