An environmental report published by the Port of Los Angeles unveils renderings for a new amphitheater planned in conjunction with the West Harbor development on the L.A. Waterfront. 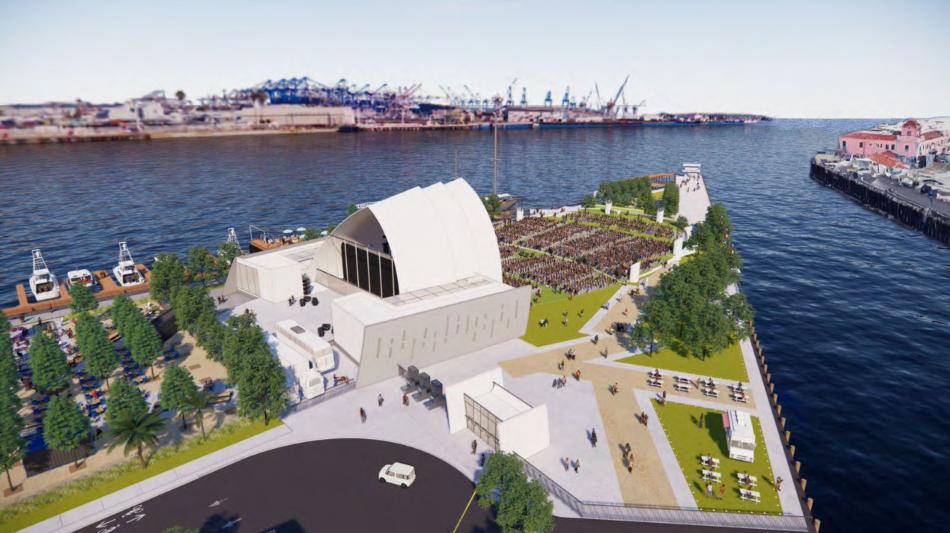 Aerial view of the West Harbor amphitheatre, looking south toward the Port of Los Angeles main channelStudio One Eleven

The $150-million project, slated to break ground this year at the longtime site of the Ports O' Call Village, is permitted for the construction of up to 335,000 square feet of shops, restaurants, and commercial uses.

Co-developers  The Ratkovich Company and Jerico Development have gradually rolled out its roster of tenants over the past year. Hollywood icon Yamashiro, a Japanese-fusion restaurant, has made headlines with plans for its first expansion at the West Harbor, joining the likes of Mike Hess Brewing, art gallery-restaurant combo Hopscotch, Poppy + Rose, the Sugar Factory brasserie, and Jay Bird's Chicken. Eater also reports that Window, Pitfire Pizza, Olala Crepes, and King & Queen Cantina will also be setting up shop on the waterfront.

The proposed amphitheater would rise at the southernmost section of the West Harbor, a 2.5-acre site where the Port's main channel intersects with Fisherman's Slip. Plans now being reviewed by Port officials call for developing the space with a 40-foot-tall, roughly 10,000-square-foot bandshell fronted by a sloping 23,000-square-foot lawn and a 28,000-square-foot terraced seating area. Other project features would include offices and back of house support spaces and a hardscaped space for restaurants. 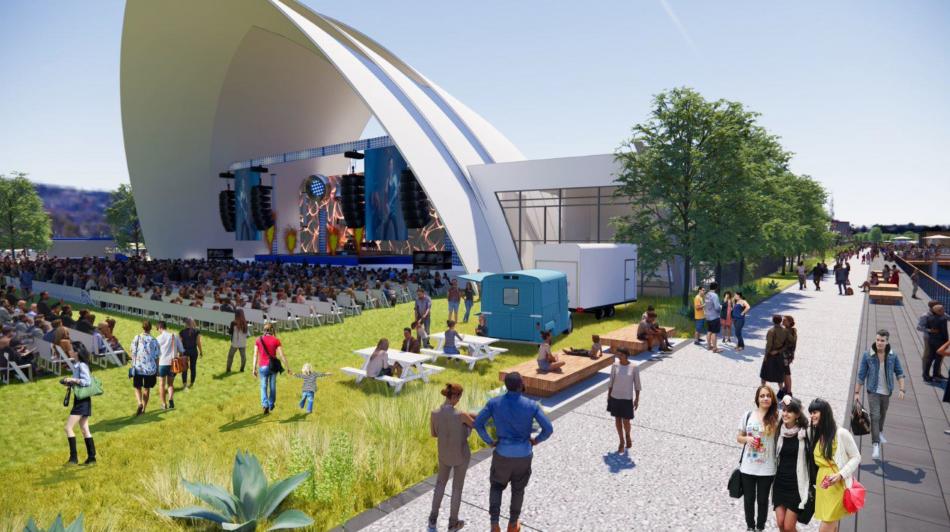 Ground-level view of the West Harbor amphitheatreStudio One Eleven

According to the environmental study, the amphitheater would have capacity for up to 6,200 spectators, hosting approximately 100 paid events and concerts each year, as well as other smaller community gatherings.

Construction of the amphitheater is expected to occur over a roughly 10-to-12-month period.

Though not related to the amphitheater, the environmental report also touches on another addition to the West Harbor: a proposed tower feature housing a gondola and concessions. The gondola would carry up to 15 passengers at a time, allowing visitors to view the Port of Los Angeles from 115 feet in the air. 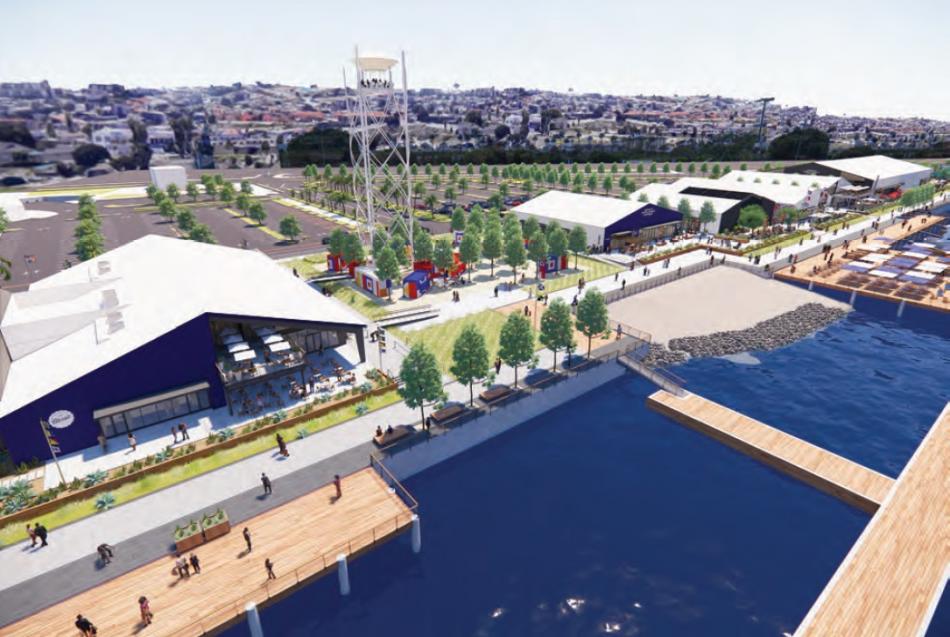 Rendering of the tower attraction of the West HarborStudio One Eleven

In addition to the private development by Ratkovich and Jerico, the Port has invested in new open space along the waterfront - most notably the new Town Square & Promenade, which debuted late last year.