Starting in 2022, the City of Los Angeles is poised to launch street furniture program which could finally bring shade, seating, and other amenities to the thousands of barren bus stops across the region.  In the meantime, StreetsLA - the city entity tasked with administering the program - is previewing some of the potential options for new curbside furniture through the end of July. 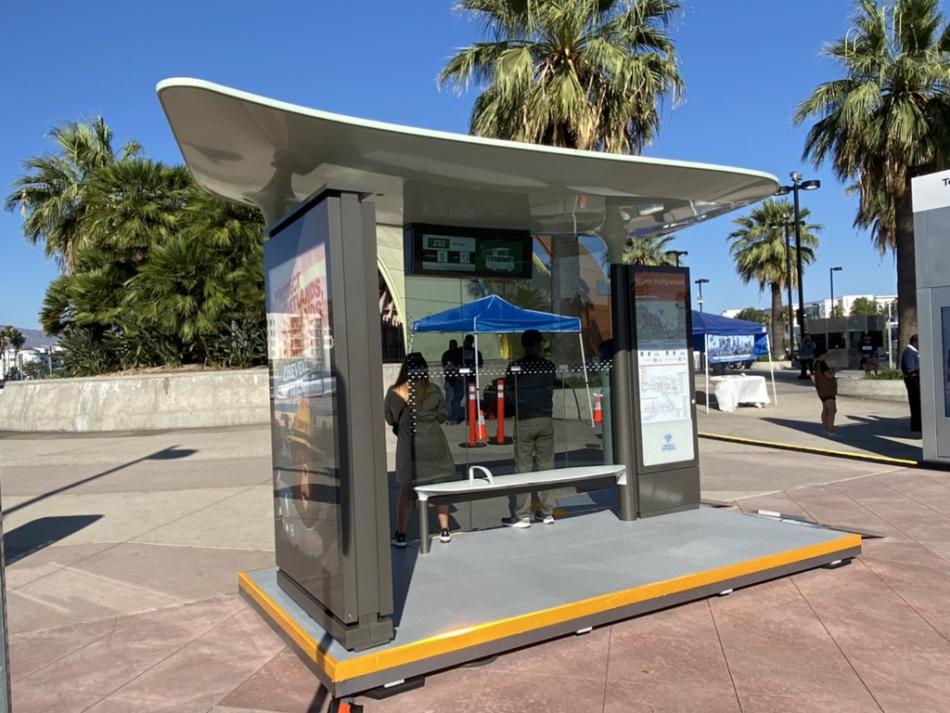 Between noon and 10 pm, check them out at the following locations:

Outfront JCDecaux, which has held the city contract to provide street furniture since 2001, has proposed a new structure for the updated program called the "Sunshade."  Due to its compact footprint, the company suggests that it may be a more cost-effective method of creating shade near transit stops, which are often located on cramped sidewalks that cannot accommodate a full-size shelter.

"Designed to protect transit riders and provide maximum shade," reads a description of the Sunshade.  "We created a vertical element that easily rotates and follows the movement of the sun; providing constant shade all throughout the day. That means accessible shade regardless of where the sun is in the sky, shade is accessible- protecting transit riders and cooling down sidewalks. The Sunshade blade is part of a ‘kit of parts’ approach designed to provide shade in conjunction with bus shelters and other shade elements."

To date, the street furniture program has installed nearly 1,900 shelters at transit stops citywide, with Outfront JCDecaux footing the cost in exchange for advertising rights on all structures it installs.