After nearly three years, construction has come to close at a new pocket park next door to the Chinatown Library. 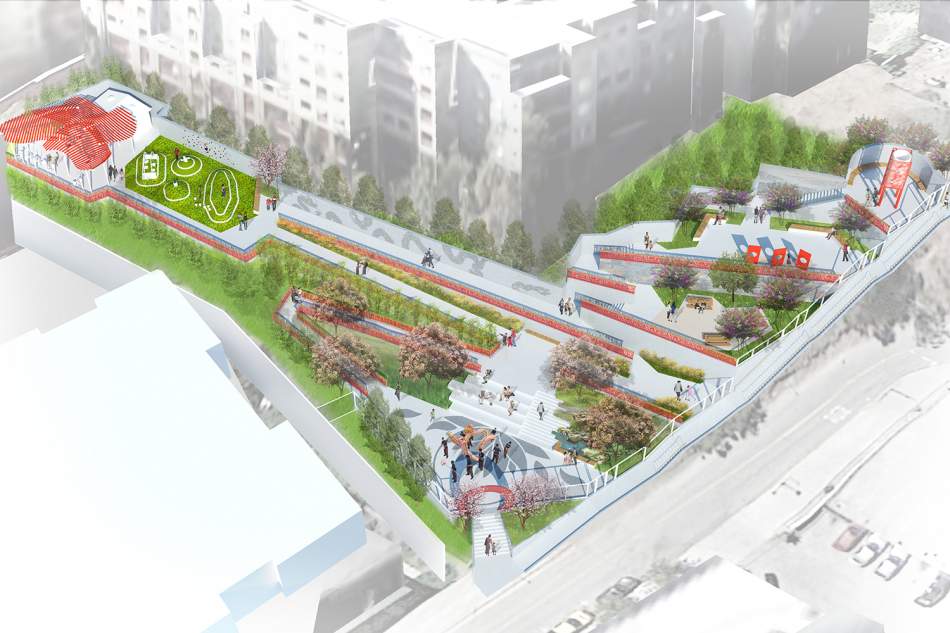 The half-acre park green space, located near the intersection of Yale and Ord Streets, uses a series of staircases and terraces to make use a previously vacant hillside property.  Stepped levels offer three entrance points via Ord Street and Hill Place, as well as new hardscaped and landscaped areas, outdoor seating, viewing platforms, and exercise equipment.

Landscape architecture firm AHBE | MIG designed the project, which was conceived as an expansion of the nearby Alpine Recreation Center on Yale Street.

Planning for the pocket park at Yale and Ord Street dates back more than a decade, when former City Councilmember Ed Reyes and former County Supervisor Gloria Molina began a push to transform what was then considered an unviable development site into green space.  The project, originally budgeted $8.5 million, was most recently priced in excess of $11.3 million.

Location of the parkGoogle Maps

In addition to residents of existing apartment buildings in the surrounding hillside, the project could also provide open space to future residents of new developments along Hill Street to the south.  The former site of the Velvet Turtle restaurant was approved for the construction of a mixed-use development featuring apartments and ground-floor retail space in 2017, and a Chinatown businessman recently acquired a nearby parking lot with the goal of redevelopment.