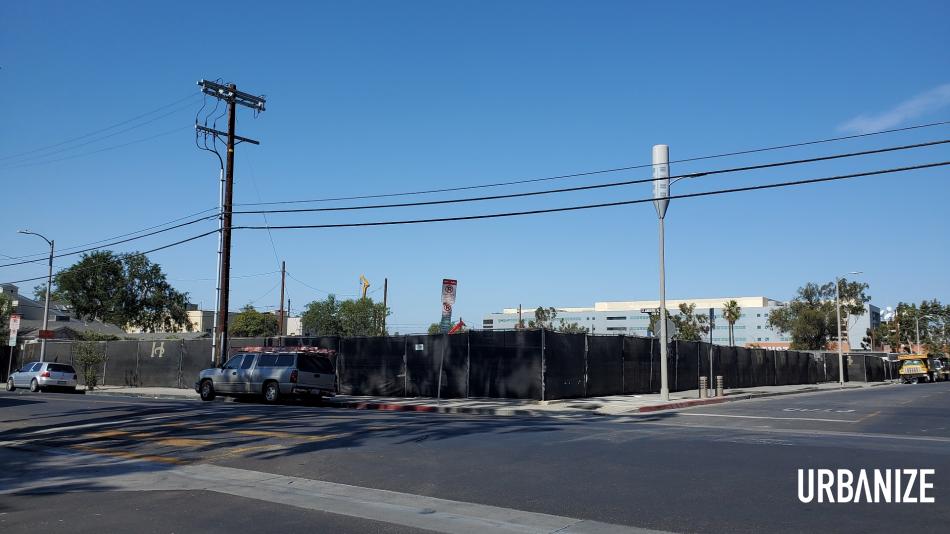 The project, approved by the City of Los Angeles in 2019, began work earlier this year on an L-shaped property at 1375 St. Andrews Place.  Plans call for the construction of an eight-story edifice featuring 185 studio, one-, two-, and three-bedroom apartments above a three-level, 294-car parking structure.

The site was previously occupied by a daycare and a charter school, which were demolished.  A small theater hosting live productions, which sits to the south of the new construction, is included in the project's footprint, but is being retained.

AC Martin is designing the new building, which will cover two levels of above-grade parking with habitable spaces.  The contemporary low-rise building will include common amenities such as a courtyard, a fitness center, a swimming pool, and a rooftop deck. 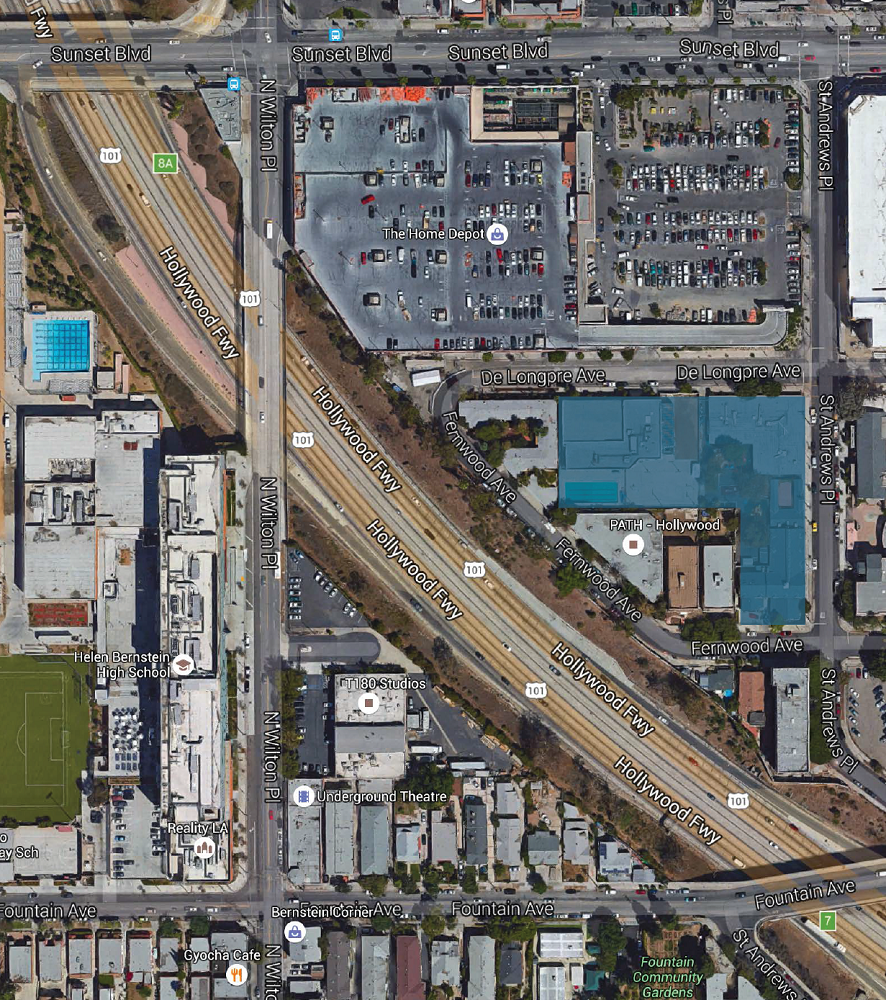 An environmental study conducted for the project in 2016 anticipated a roughly two-year construction period.