After four years of quiet, plans to redevelop a strip mall at the busy intersection of Sunset Boulevard and Western Avenue are back.

A draft environmental impact report published by the Department of City Planning offers an update on the proposed project from American Commercial Equities, which would rise from a roughly 6.75-acre property located at 5420 Sunset Boulevard.  Plans call for razing existing improvements - including a McDonalds, a vacant supermarket, and a parking lot - clearing the way for a new development consisting of 735 studio, one-, and two-bedroom apartments, 95,000 square feet of commercial space, and parking for 1,419 vehicles. 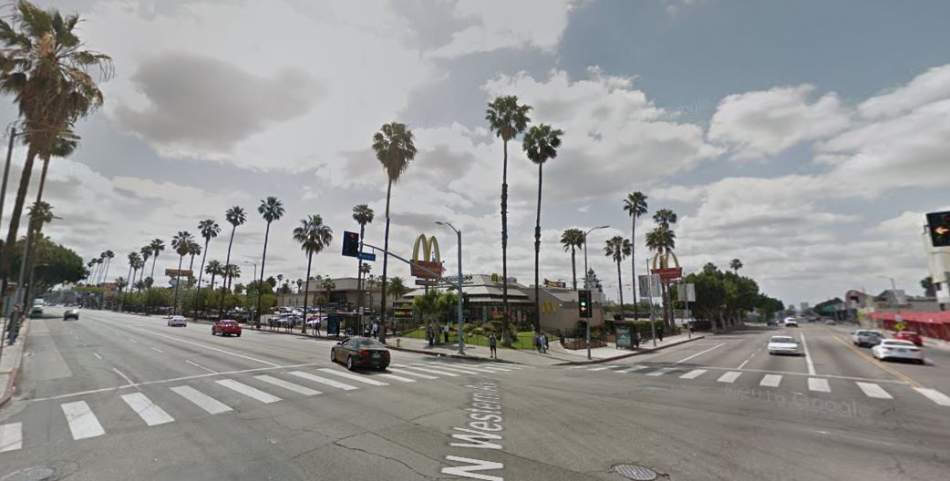 The project, designed by Santa Monica-based VTBS Architects, would consist of four six-story buildings with a maximum height of 75 feet.  The new construction, depicted in a rendering as a series of contemporary stucco-clad structures, would share an array of amenities such as courtyards, swimming pools, and rooftop decks.  Plans also call for a pedestrian paseo and a new plaza facing Sunset Boulevard.

Parking for the complex would be shared on two basement levels spanning across the site.

According to the draft environmental study, construction of 5420 Sunset is expected to occur over approximately 48 months, with completion anticipated in 2026.

American Commercial Equities, based out of Malibu, joins a handful of property owners seeking to redevelop land surrounding Sunset and Western, which is anchored by a long-delayed Target store.  Projects from LaTerra Development and Reliable Properties remain in the planning stages, while a 185-unit apartment complex from Holland Partner Group recently broke ground.

Until earlier this year, the project site at 5420 Sunset was occupied by grocer Food4Less.  However, the store's parent company Kroger Co. announced the closure of the Hollywood location in March after the Los Angeles City Council adopted an ordinance requiring $5 per hour in hazard pay for workers during the COVID-19 pandemic.