A new residential tower is set to sprout from a currently vacant site located just south of the US-101 freeway in Hollywood, according to an application submitted earlier this month to the Los Angeles Department of City Planning. 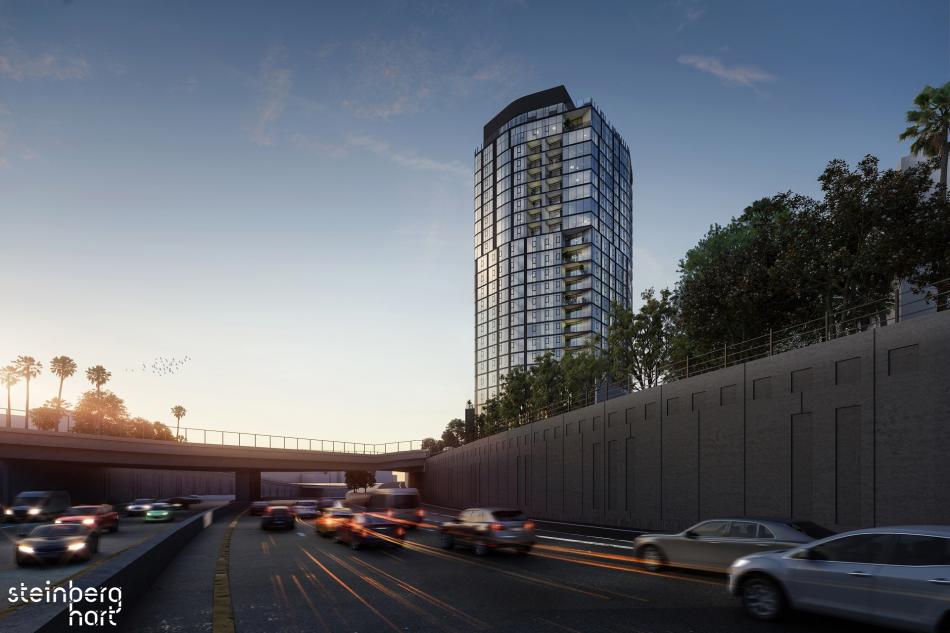 The project, a joint venture between San Francisco-based DM Development and Los Angeles-based Massachi Industries, would rise from a property at 1725-1739 N. Bronson Avenue.  Plans call for the construction of a 24-story, 270-foot-tall building featuring 128 apartments - ranging from 700 to 1,900 square feet in size - above semi-subterranean parking for 134 vehicles.

While Hollywood is not a stranger to high-rise apartment buildings, the proposed Bronson Tower is expected to offer more affordable price points than competing developments, says Mark MacDonald, DM Development's founder and chief executive officer.  While the upper floors of the building would include traditional apartments, the middle section of the tower would consist of what McDonald calls "micro suites," that would be smaller in size, but also connect to an array of shared amenity spaces, including a fitness center at the podium level and a rooftop pool terrace with panoramic views of the Los Angeles basin.

"We took cues from new hotels in L.A. and West Hollywood, where they combine a pool and a spa with a club room and an expansive roof terrace," said MacDonald.

Although the project is in the early stages of its entitlement phase, and rental prices in Los Angeles have shifted during the course of the pandemic, MacDonald expects that the planned micro suites would be priced in the low $2,000s per month if open today.  The upper levels of the building would be comparable in price to other recent high-rise projects in the neighborhood.

The project, which is being entitled with density bonus incentives, would also include 12 apartments priced as affordable housing at the very low-income level. 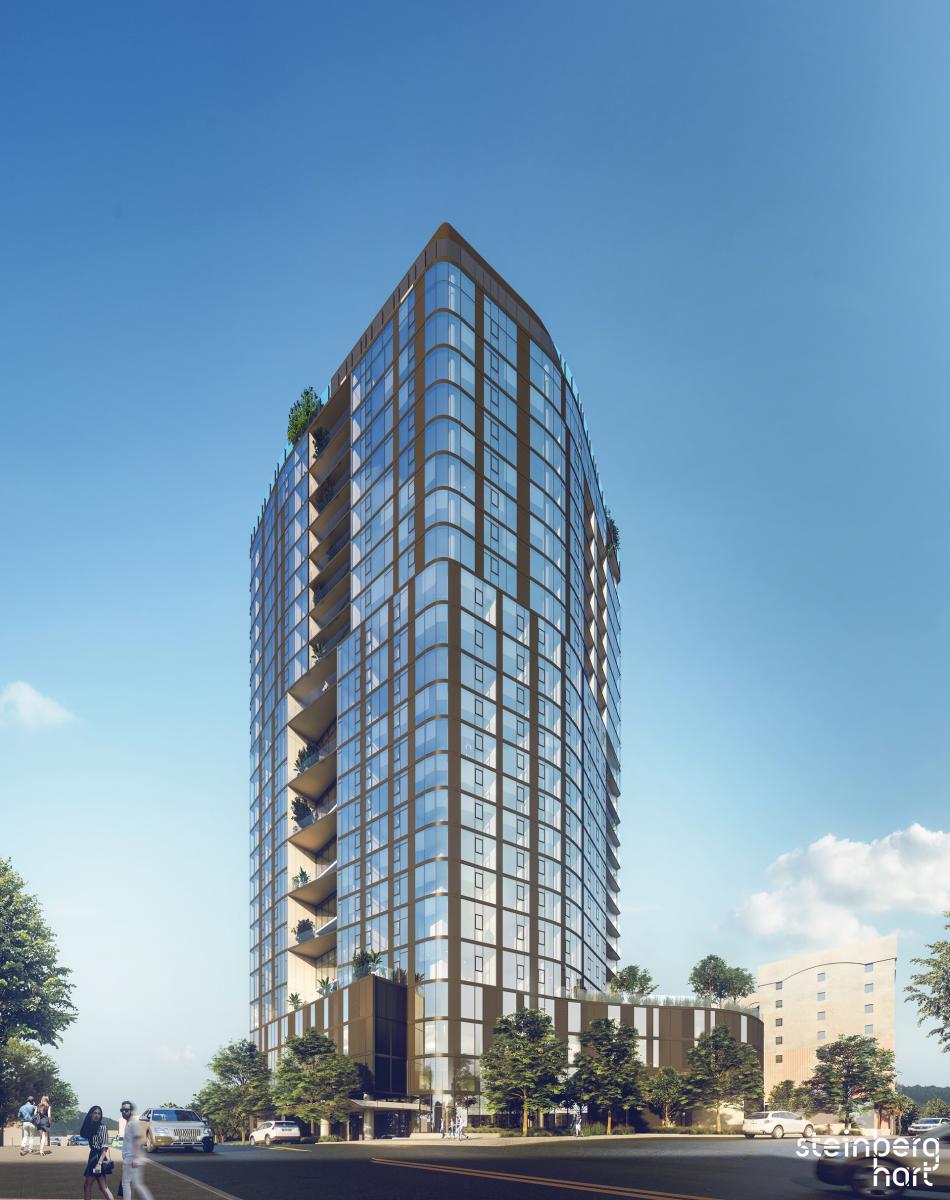 "We were really intrigued by the location of this property," says Fredrik Nilsson, design director with architecture firm Steinberg Hart, which is designing the project.  "The city of Los Angeles has this grid that magically transforms into the hills, and we're located right there.  This building has such a potential to be an iconic landmark at the curve of the 101."

Due to the building's visible location, with a freeway trench to the east and lower-scale structures on all sides, it is designed to present a different form on each side.  Despite the inclusion of above-grade parking, the tower's podium is intended to appear congruent with the residential levels above, and includes full-height glazing and landscaping at street level.

The design of the tower also reflects the housing typologies within.  In addition to an articulated glass facade that twists as it climbs the building core, the exterior of the micro suites are expressed on the tower's exterior through double height amenity spaces, connected with staircases.

"It's similar in concept to student housing," says Steinberg Hart managing partner Simon Ha.  "Shared amenities across the floors are an extension of the apartments, and give people the ability to get to know their neighbors across two floors." 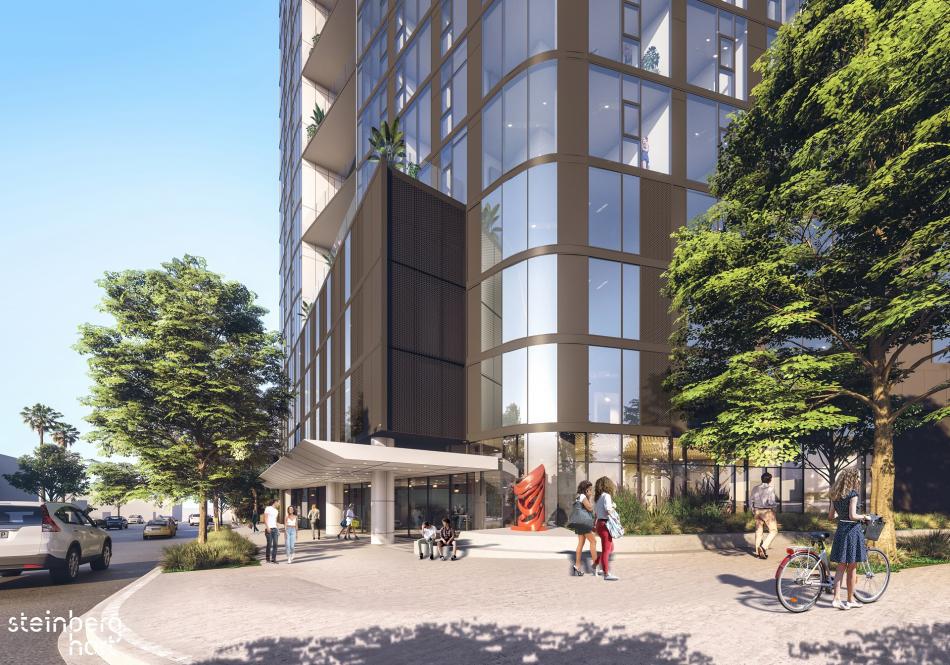 In addition to a series of on-site amenities, the project will also interface with the neighboring Lombardi House at 1717 N. Bronson Avenue - the last single-family home along Hollywood Boulevard which still sits at its original location.  The home, which has been converted into event space, has long been owned by the family of Massachi Industries founder Alex Massachi.  Massachi had previously sought to develop the tower site with a smaller 89-unit apartment complex prior to creating a joint venture with DM Development.

Pending the approval of project entitlements, the developers expect to break ground on the high-rise in the fourth quarter of 2022.  The building would open for residents by the third quarter of 2024.

The project is not the first ground-up development for either of the joint venture partners in Los Angeles.  DM Development recently completed work on The Harland, a luxury rental development in West Hollywood, while Massachi is now in construction on a terraced apartment building elsewhere in Hollywood. 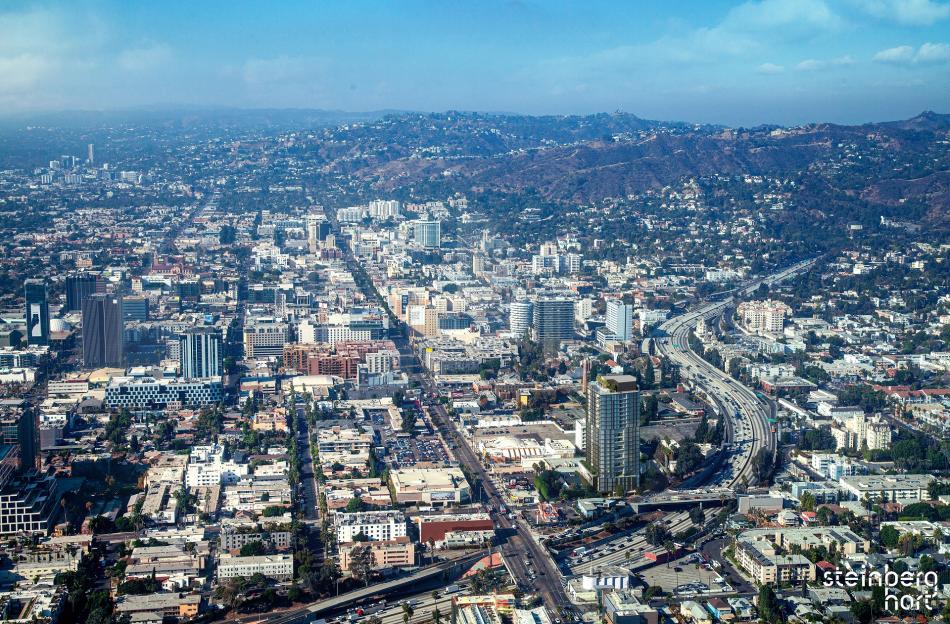