One year ago, Onni Group filed plans with the City of Los Angeles to redevelop a property near the Hollywood Walk of Fame with a large office building.  But if you were waiting to see construction start, don't hold your breath. 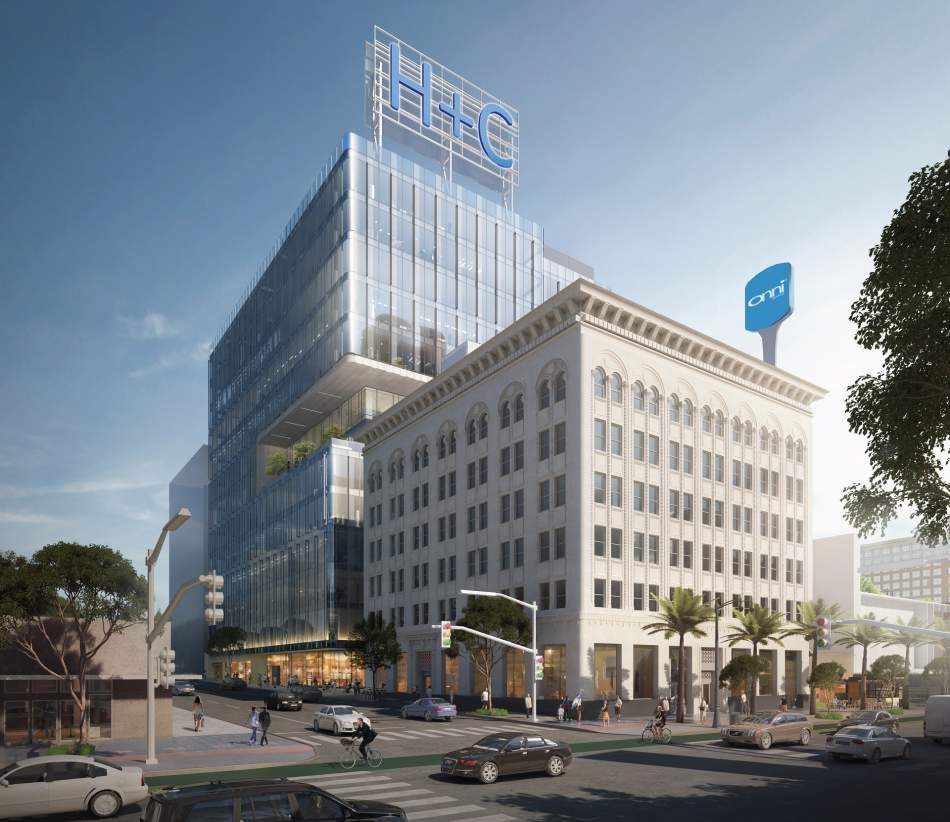 The proposed development, which would rise next door to the 1920s Security Bank Building at Hollywood and Cahuenga Boulevards, calls for razing two restaurants to make way for a 14-story edifice featuring 210,000 square feet of offices above 6,500 square feet of ground-floor retail space.  Plans also call for an 858-car garage, which would serve the new construction and the existing building to the south.

Solomon Cordwell Buenz is designing the 233-foot-tall building, which would be clad in a glass curtain wall and.  The boxy-mid-rise structure would include multiple outdoor decks, including seventh-floor setback that would stand even with the roofline of the Security Bank Building.  Additionally, the upper levels of the tower would cantilever over the amenity space and a driveway separating the new and historic construction.

Onni is seeking the approval of numerous entitlements for the Hollywood and Cahuenga project, including a zone change and a master conditional use permit for on-site alcohol sales. 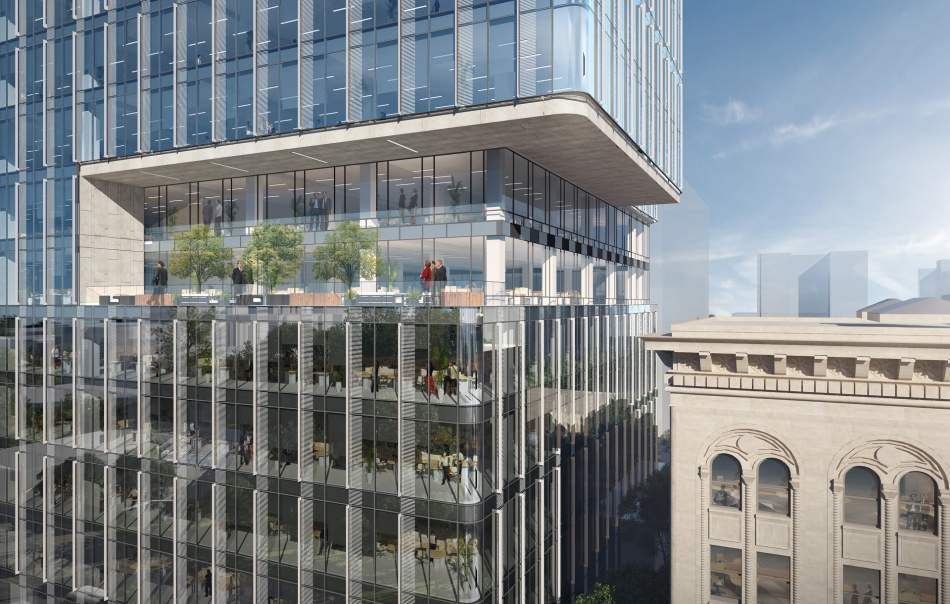 Construction of the office building is expected to be completed in 2026, according to an initial study published earlier this month by the Planning Department.

Onni, which paid $53 million to purchase the Security Bank Building in late 2019, is pursuing two other projects in Hollywood: a podium-type apartment complex now rising on Santa Monica Boulevard, and a proposed 21-story tower on Vine Street.

Outside of Hollywood, the Vancouver-based firm's other projects include a multiple new Downtown high-rise buildings, a proposed hotel in Glendale, and a mixed-use complex which broke ground last year in Downtown Long Beach.