Three months ago, Bain Capital Real Estate and BARDAS Investment Group announced plans to redevelop the site of a shuttered Sears on Santa Monica Boulevard into what was billed as Hollywood's first purpose-built studio campus in more than 20 years.  Now, an entitlement application submitted to the Los Angeles Department of City Planning sheds more lights on plans for Echelon Studios. 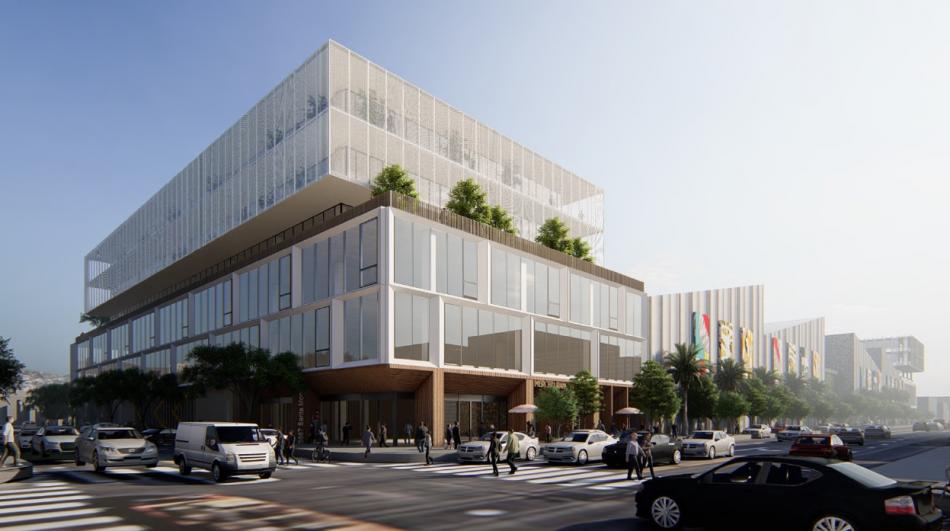 The $450-million project - slated for a fully city block bounded by Santa Monica, St. Andrews Place, Wilton Place, and Virginia Avenue - calls for the construction of more than 550,000 square feet of new space, including: 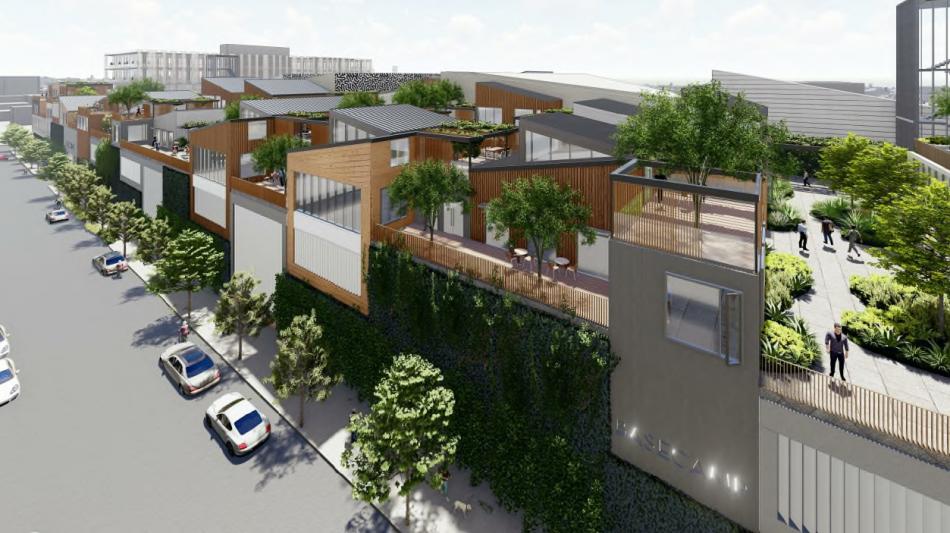 Architecture firm Rios is designing Echelon Studios, which would include four 19,000-square-foot soundstages, facing Santa Monica Boulevard as well as one smaller "flex stage" at the center of the property.  The new offices would be located in a pair of six-story structures toward the east and west property lines, as well as in smaller "bungalow" style settings fronting Virginia Avenue to the north.  Plans call for two retail spaces on the ground-floor of the larger offices buildings, both facing Santa Monica's intersections with Wilton and St. Andrews.  While the building would leave little open space at street level, plans call for a T-shaped courtyard connecting the offices at the second floor, as well as numerous terrace decks.

"To the north smaller villa-like forms create an intimate scale that responds to the residential context along Virginia and give Echelon Studios its unique character," reads a project description from the Rios website. Circulation protects the site via distinct controlled public and private access points, while secret gardens and courtyards also allow for surprises within the complex. Echelon Studios also features ground level retail that engages the public along the street."

Pending the approval of entitlements by the City of Los Angeles, including a zone change, construction of Echelon Studios could begin as early as 2023 and conclude by 2025.

Echelon is one multiple office and studio developments planned by Bain and BARDAS, which have approximately 1 million square feet of new developments in the works through a joint venture formed in 2019.

Soaring demand for content from streaming services has pushed demand for studio space in Los Angeles to an all-time high.  Besides Bain and BARDAS, developers including Hackman Capital Partners, Kilroy Realty, and Hudson Pacific Properties have also invested in new ground-up projects in the region.

The Echelon property was previously owned by Mid-Wilshire based developer CIM Group, which had sought to develop the site with a mixed-use project consisting of 375 apartments and more than 300,000 square feet of commercial space before terminating plans in 2018. 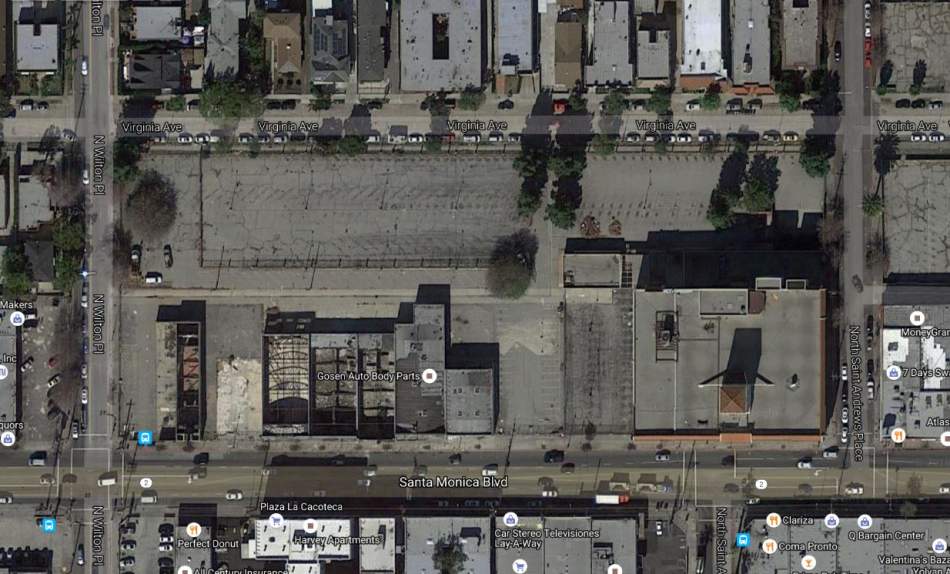