Just south of Hollywood and Highland, vertical construction is complete for a new micro-unit apartment complex from a Seattle-real estate development firm. 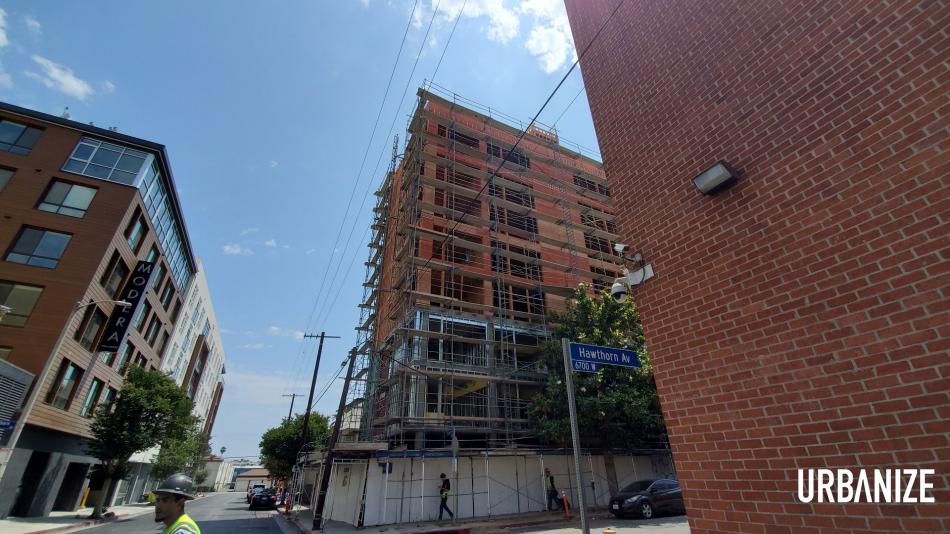 The project, located on an approximately 8,000-square-foot site at the southwest corner of Hawthorn Avenue and McCadden Place, consists of an eight-story building that will feature 69 apartments and no on-site parking.

Developer Housing Diversity Corporation secured approvals for the apartment complex using Transit Oriented Communities incentives, will require that eight of the residential units be set aside for rent by extremely low-income households.  However, even the market-rate apartments - with an average size of just 375 square feet - are also intended to command more affordable rents than other nearby projects.

The developer previously indicate its intent to set rents at levels considered affordable to moderate-income households - meaning those earning up to 120 percent of the area median income.  At the time of groundbreaking, rents were expected to start below $2,000 per month. 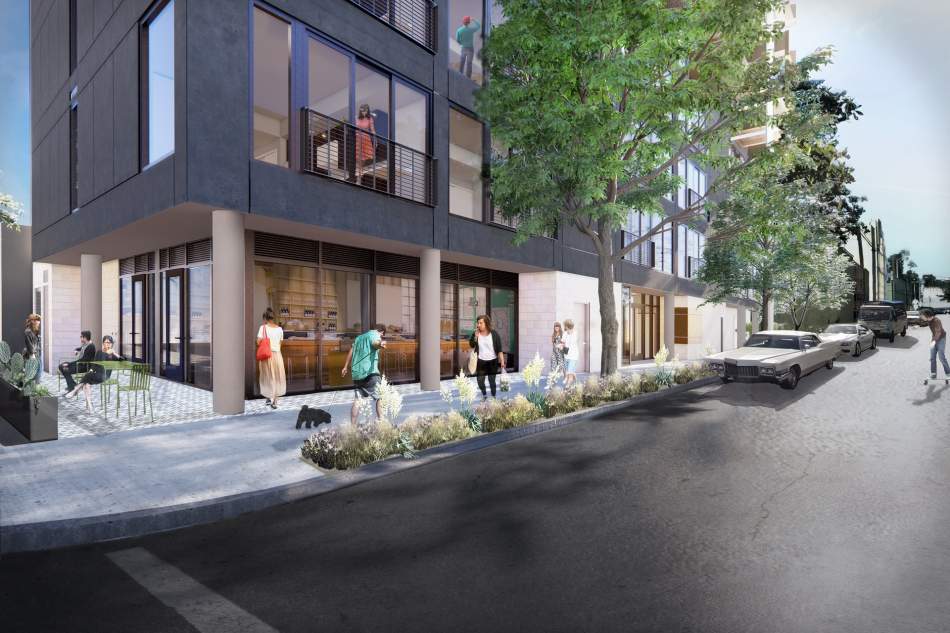 Steinberg Hart is designing the podium-type apartment building, which includes five levels of wood-frame construction above a three-level concrete base.  Balconies are planned for most units, while all residents would have access to amenities such as a rooftop deck, a lounge, and co-working space.