Kaiser Los Angeles Medical Center, located on more than 15 acres of East Hollywood property near the intersection of Vermont Avenue and Sunset Boulevard, is expected to be redeveloped in three phases over a roughly 10-year period.  Plans call for razing a series of small commercial buildings, surface parking lots, and a residential duplex to make way for new construction at six different sites across the campus.  If completed, the project would add upwards of 433,000 square feet of hospital expansion and medical office space, as well as more than 530,000 square feet of new parking. 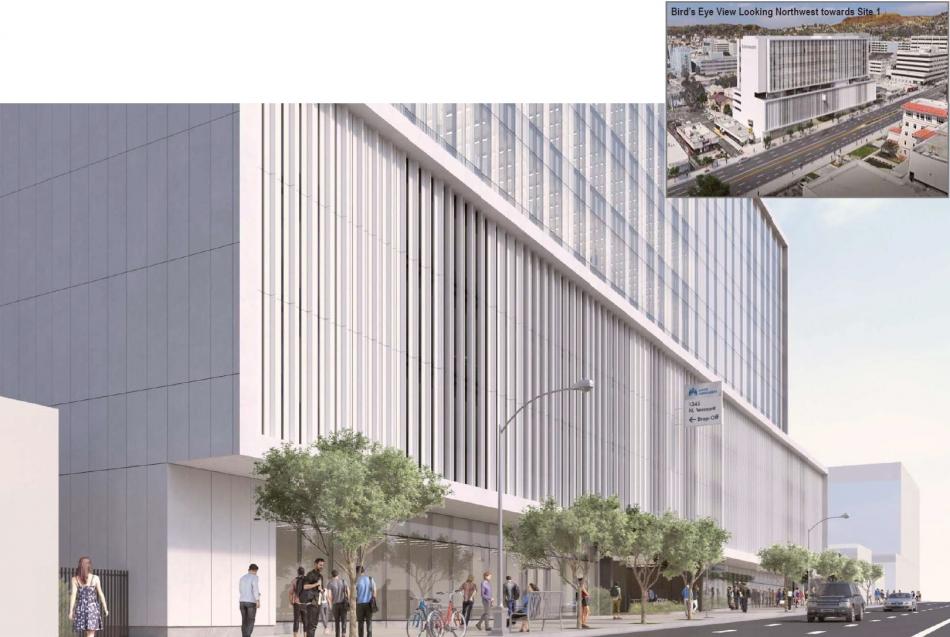 The initial phase of the project, which is expected to be built over an approximately four-year period, would include the redevelopment of several small commercial buildings at 1345 N. Vermont Avenue (Site 1) with a nine-story, 129-foot-tall structure featuring approximately 130,000 square feet of medical office space above a 562-car parking garage (with five podium levels and four below-grade levels).  Demolition of the existing structures and construction of the new building is expected to occur over a roughly 30-month period. 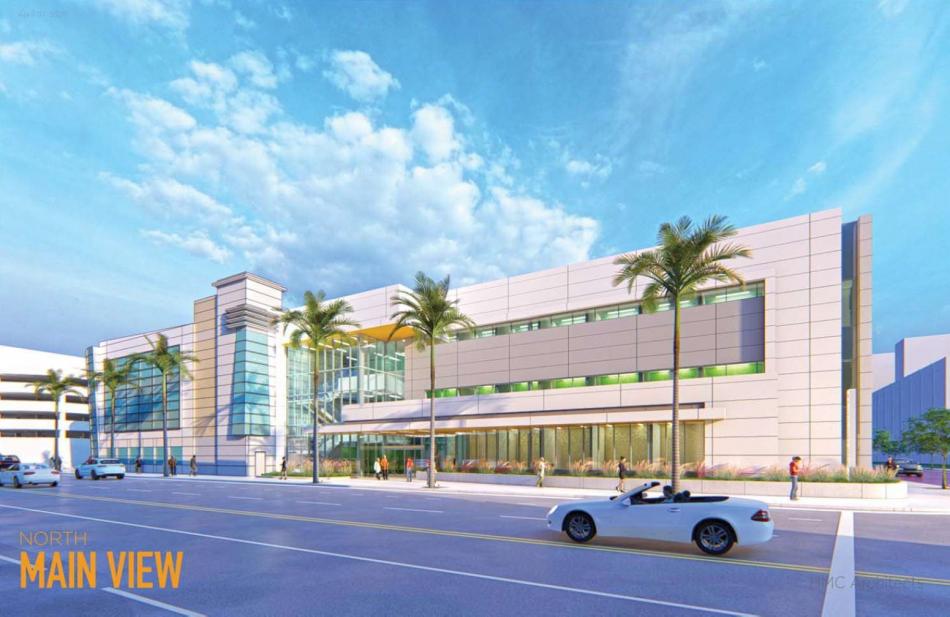 One block northwest at 4760 Sunset Boulevard (Site 2), the phase one plan calls for expanding an existing three-story, 60,000-square-foot medical office building through the addition of a four-story, 50,000-square-foot procedure center at the intersection of Sunset Boulevard and L Ron Hubbard Way.  Work on Site 2 would occur over roughly 15 months, with the work period overlapping with construction at Site 1.

The two phase one buildings are being designed by HMC Architects and Perkins& Will, according to plans included with the environmental study.

Phase one plans also call for the demolition of two existing office buildings, located at 1505 and 1526 N. Edgemont Street, which Kaiser would replace in later phases of the project.  Existing services in the buildings would be located elsewhere at the Kaiser hospital campus prior to the start of demolition.

The full phase one program is expected to be carried out over a roughly four-year period. 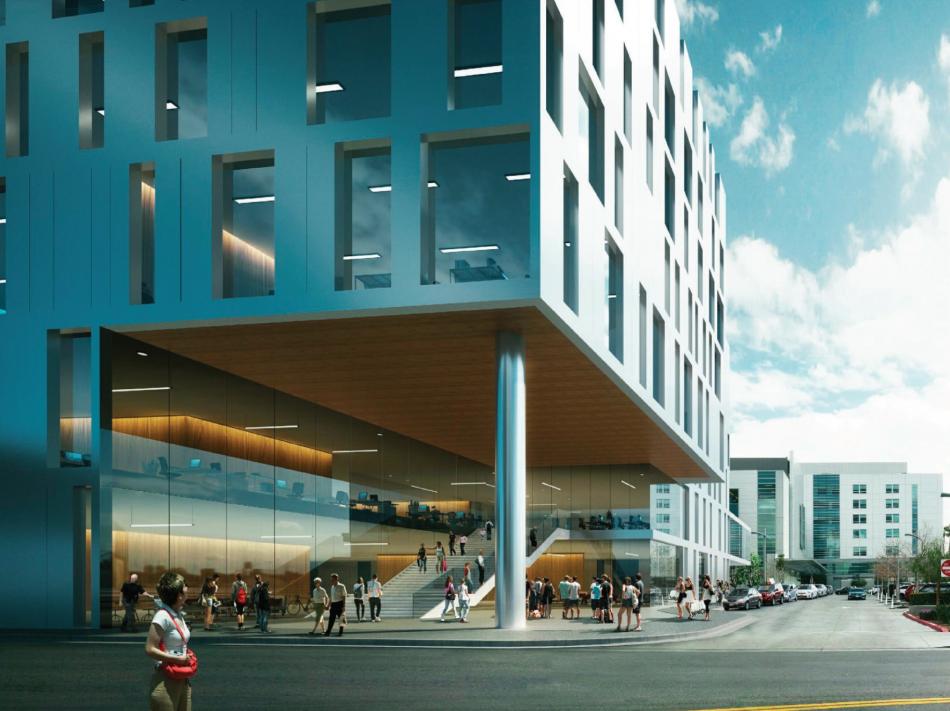 Commencing immediately afterward, the phase two plan would begin with the redevelopment of Site 4 at 1526 Edgemont Street. Kaiser is weighing two alternatives for the property:

Either option would be built over a roughly three-year period. 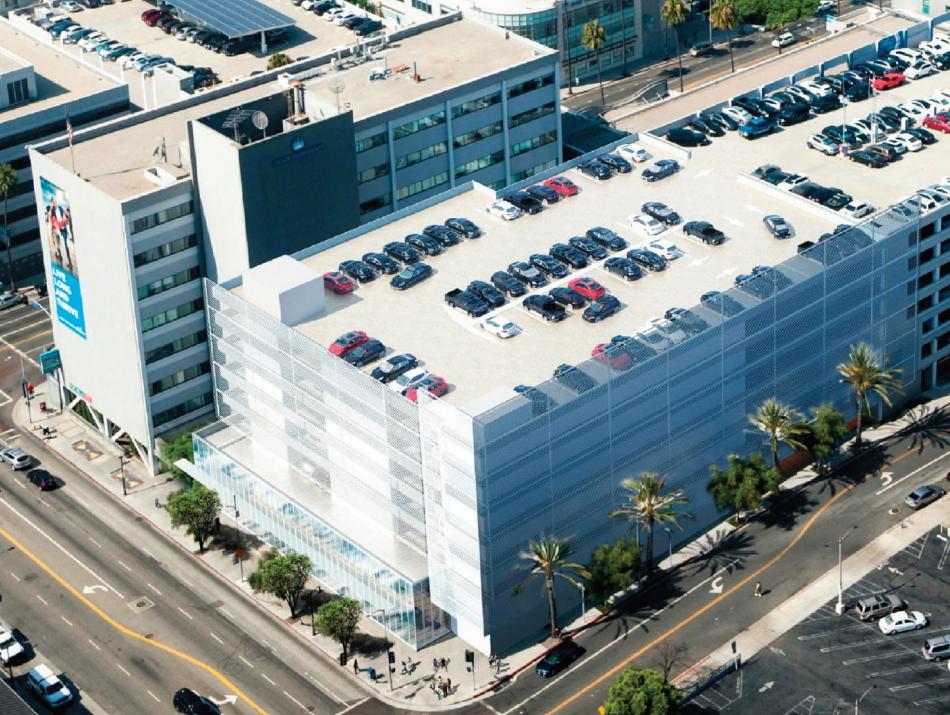 Site 5 at 1517 Vermont Avenue, currently a parking garage, would be razed and replaced with a larger garage featuring eight above-grade levels and two subterranean floors, offering parking for 578 vehicles and 2,300 square feet of ground-floor commercial space.

Construction at Site 5 is expected to take roughly two years.

The final phase of the redevelopment plan, expected to occur over a two-year period, would comments with the redevelopment of a six-story, 519-car parking structure at 4950 Sunset Boulevard (Site 6).  Plans call for appending a new nine-story structure to the garage, adding a total of 241 stalls.  Simultaneously, plans call for adding a new medical office building on Site 3 (1505 Edgemont), which could move forward under two different alternatives depending on the option chosen option for Site 4. 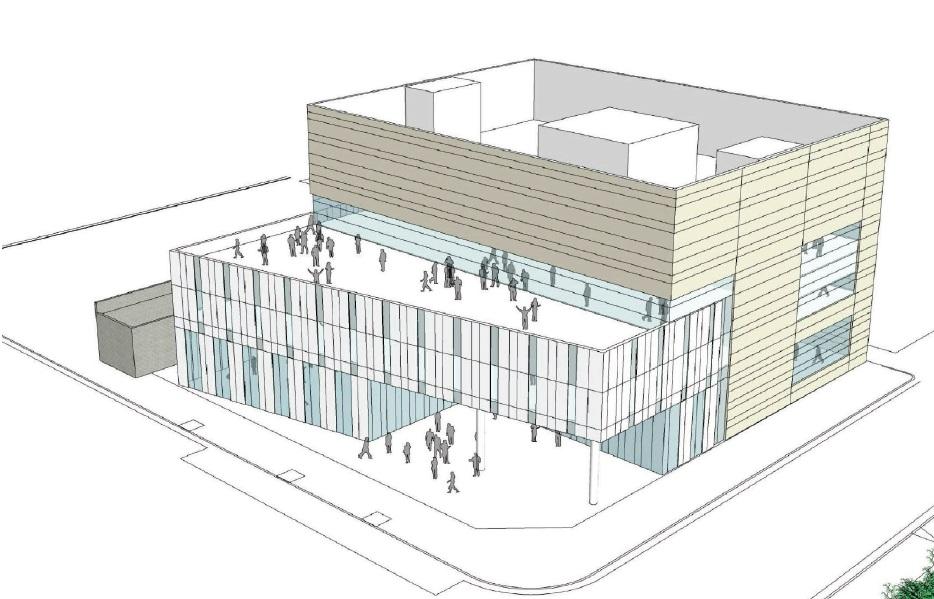 Kaiser's plans for the East Hollywood campus comes at a time when many hospital chains operating in California are scrambling to comply with the Alfred E. Alquist Hospital Facilities Seismic Safety Act, which requires that all acute care hospitals statewide should be able to withstand a major earthquake by the year 2030.  Some facilities have opted for retrofits of existing buildings, while others such as Cedars-Sinai, have used the deadline as an opportunity to expand or rebuild.