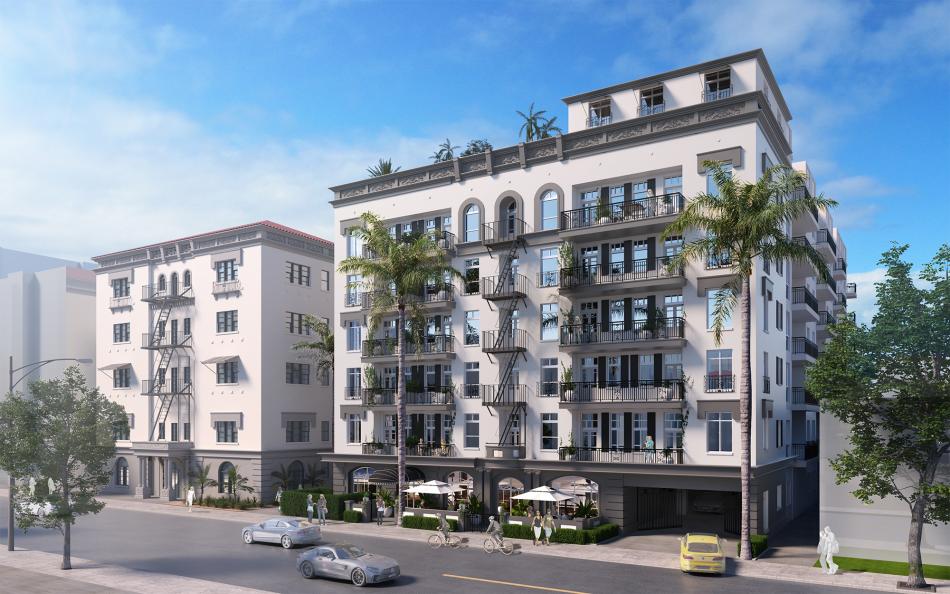 The first project, slated to replace a surface parking lot at 1818 N. Cherokee Avenue, is comes from Los Angeles-based development firm CGI Strategies.  Plans call for the construction of a seven-story building featuring 86 studio, one-, and two-bedroom apartments above a two-level, 61-car basement garage.

The Commission's vote sustained the project's environmental clearance, while also approving a requested conditional use permit and density bonus permit a larger structure than would otherwise be allowed under zoning rules.  In exchange for the development incentives, CGI is required to set aside 21 apartments as deed-restricted affordable housing at the very low-income level.

AC Martin is designing the apartment complex, which will be composed of five levels of wood-frame construction above a concrete base.  Planned amenities include gym, a clubhouse, and a rooftop pool deck. 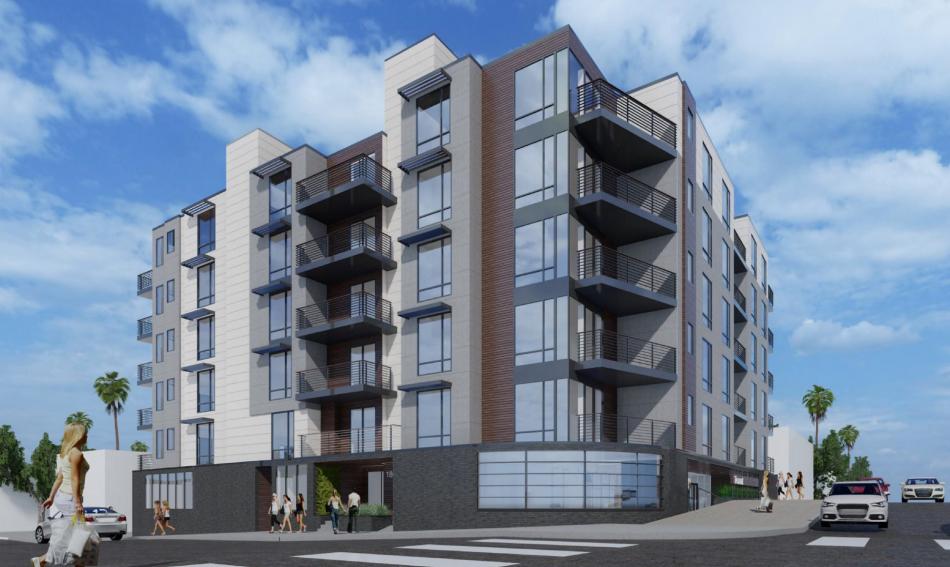 Ketter Group, the development and construction firm behind the second project, intends to transform a vacant, 12,400-square-foot site at the busy intersection of Washington and La Brea Avenues into a five-story edifice containing 54 studio, one-, and two-bedroom apartments above 3,268 square feet of ground-floor retail space and a 54-car garage.

As with the Cherokee Avenue project, Ketter's project relies on density bonus incentives to achieve a larger building than normally allowed under zoning rules.  A total of seven apartments would be set aside as deed-restricted affordable housing at the very low-income level in exchange for the incentives.

The proposed apartment complex, designed Ketter's in-house architects, is portrayed in a conceptual rendering as a contemporary low-rise structure consisting with an exterior of white stucco and wood siding.  Proposed on-site amenities include a courtyard, a rooftop deck, and a recreation room.