At a time when antisemitism is once again rearing its ugly head, L.A.'s Holocaust Museum is moving forward with an ambitious expansion project.

At its meeting yesterday, the Los Angeles City Council voted to adopt a resolution which would allow the Holocaust Museum to borrow up to $50 million in state bonds for the construction of its Jona Goldrich Campus. Planned adjacent to the museum's  existing subterranean building in Pan Pacific Park, the proposed project would include:

The Holocaust Museum's expansion would also include concession areas, administrative offices, restrooms, and space to house an authentic Nazi-era boxcar found outside Majdanek. 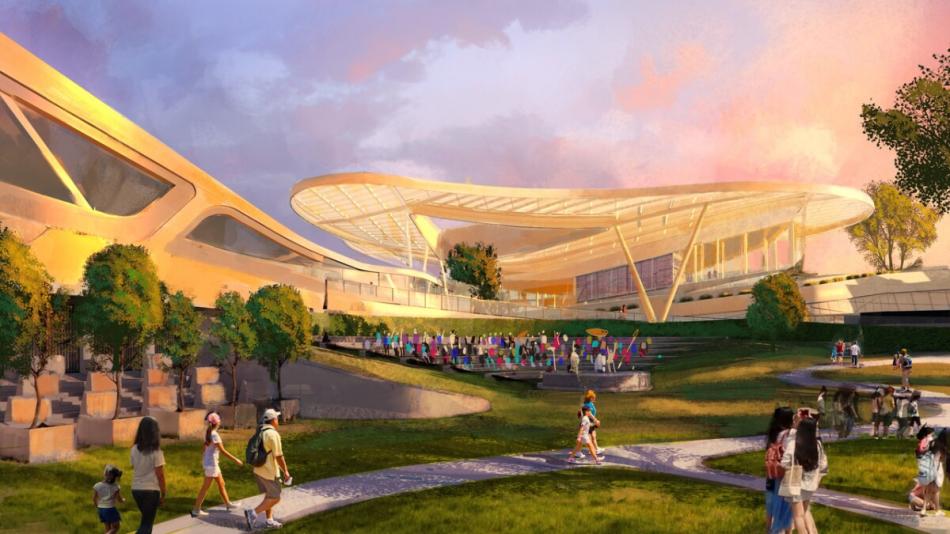 The Jona Goldrich Campus, which is named after the late real estate entrepreneur who was a key supporter of the museum, comes at a time when antisemitic incidents have spiked in the United States, giving the Holocaust Museum increased visibility. According to a website for the expansion, the museum has seen a 400 percent increase in attendees since 2011. The Belzberg Architects-designed expansion is expected to increase the museum's annual capacity to 500,000 by 2030.

The Holocaust Museum continues to raise money for the effort, securing approximately $37.5 million of the $50 million needed to build the expansion. In June 2022, the museum took a big step towards that goal when it received a $5 million gift from The Smidt Foundation.

Completion of the Jona Goldrich Campus is expected by 2024.