In Long Beach, construction is ramping up for a new mixed-use project that will transform a long empty site next to Bixby Park into a hotel and housing.

The Ocean + Cherry development, located on the former site of the Beach Plaza hotel at 2010 E. Ocean Boulevard, will include a 40-room boutique hotel plus 56 flats and townhomes under a single roof. Plans also call for a 168-car garage. 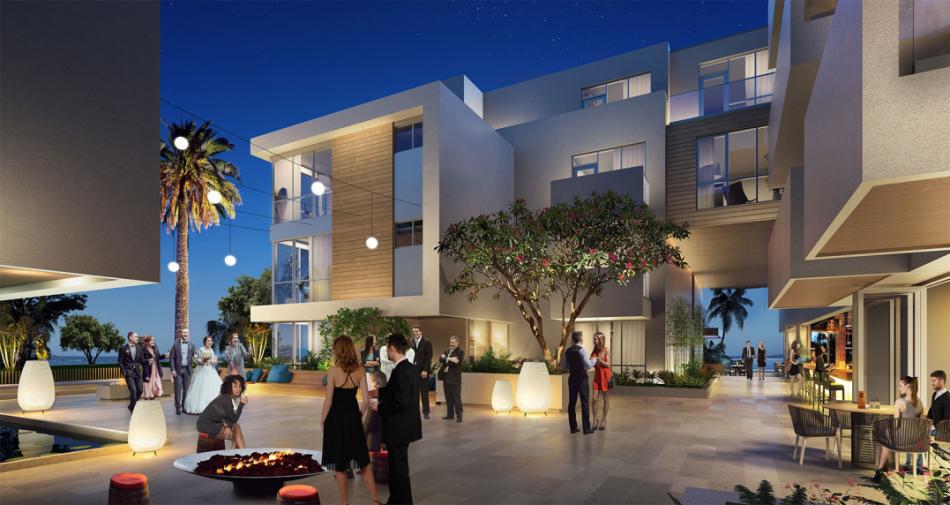 View of Ocean + CherryStudio One Eleven

Studio One Eleven is designing the project, which will stand four stories facing Ocean Boulevard and seven stories toward the beach, as a result of a grade change across the site. An open-air courtyard would sit at the center of the property.

"Located along Ocean Boulevard and adjacent to Bixby Park, this project sits on a bluff and provides spectacular views of the Queen Mary and the beach," reads a narrative posted to the firm's website. "The 0.9-acre site accommodates a 40-room boutique hotel along with 56 flats and townhouse units arranged around a central courtyard that opens towards the adjoining public green. The project is designed to have a consistent street edge to Ocean Boulevard with fragmented massing and roof decks towards the beach."

Beverly Hills-based Silversands Properties USA is developing the site, which has been in the works for more than 15 years.

The Long Beach Post reports that the Silversands secured approvals for the property in 2007, but was delayed in part by appeals from the hotel labor union UNITE HERE Local 11 and the Palacio Del Mar and Park Regency homeowners associations, which took their objections to the California Coastal Commission.

While the homeowners associations raised complaints regarding a potential loss of parking near their buildings, the union's appeal centered on the demolition of the motel which previously occupied the site. Beach Plaza, demolished in 2014, offered lower-cost accommodations that catered to visitors who might not have otherwise been able to access the beach.