A series of vacant buildings located next door to the landmark Kirk Douglas Theatre are slated for redevelopment with a mixed-use project featuring housing and commercial uses, according to an agenda item scheduled for review at next week's meeting of the Culver City Planning Commission. 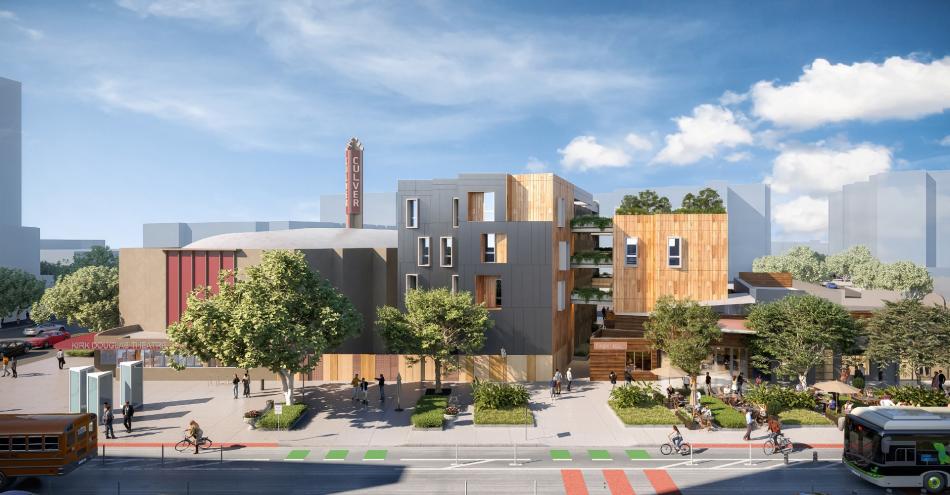 The proposed project, dubbed the Culver Theatre Residences in reference to its neighbor, would rise from a site located at 9763 Culver Boulevard and 9814 Culver Boulevard. REthink Development, which secured the development rights for the property through a public request for proposals, is planning the construction of a pair of low-rise buildings which would feature 34 studio and one-bedroom apartments - as small as 350 square feet and 700 square feet respectively - above 2,724 square feet of ground-floor commercial uses facing Washington and a roughly 2,600-square-foot space for Center Theatre Group (which operates the Kirk Douglas Theatre) on Culver. Architectural plans do not show on-site parking.

REthink is seeking approvals for the project using density bonus incentives to permit a larger structure than zoning rules would otherwise allow. According to a staff report, two of the proposed apartments are to be set aside as deed-restricted affordable housing at the very low-income level, while an additional four units would be reserved as workforce housing.

Brooks + Scarpa is designing the Culver Theatre Residences, which would include three- and four-story buildings linked by a series of open-air bridges. Plans show a pedestrian paseo at ground level, allowing site users to cut between Culver and Washington Boulevards. The buildings would feature exteriors of metal and wood panels, and a rooftop amenity deck along the smaller structure against the eastern property line. 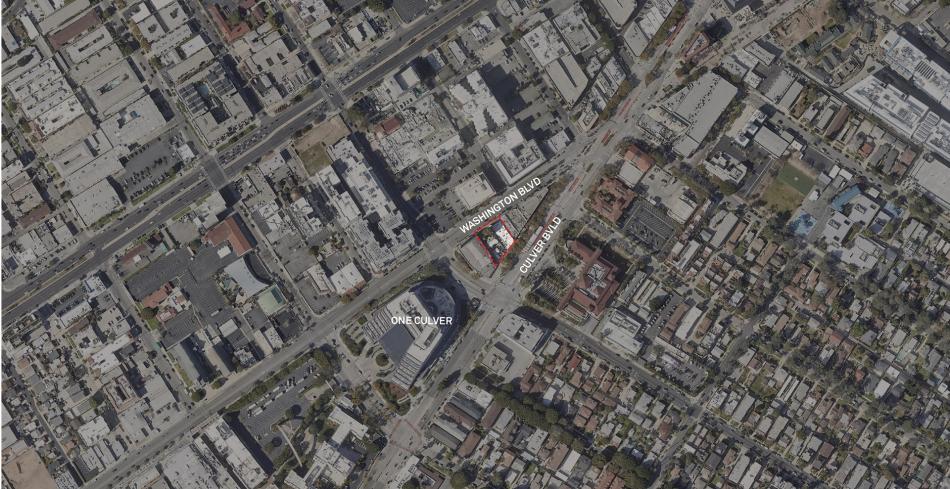 According to notes from a community presentation given earlier this year, the project would be built using prefabricated modular units over a period of up to 18 months. Work could begin as early as April 2023.

The development site, long vacant, was more than a decade ago primed to become the new home of the Jazz Bakery, which had tapped architect Frank Gehry to design its permanent building. After those plans fell through, with the Jazz Bakery instead setting up shop in Santa Monica, a portion of the property came into the hands of Center Theatre Group in 2020, which worked with Culver City to find a developer for the site.