An empty lot near the Vermont/Santa Monica subway station in East Hollywood could be redeveloped with multifamily housing, according to a presentation scheduled for the November 9 meeting of the Central Los Angeles Area Planning Commission.

The project, slated for a narrow site located at 1111 N. Madison Avenue, calls for the construction of a five-story edifice featuring 34 studio and one-bedroom apartments above at-grade parking for 25 vehicles. Plans also call for approximately 240 square feet of office space at ground level. 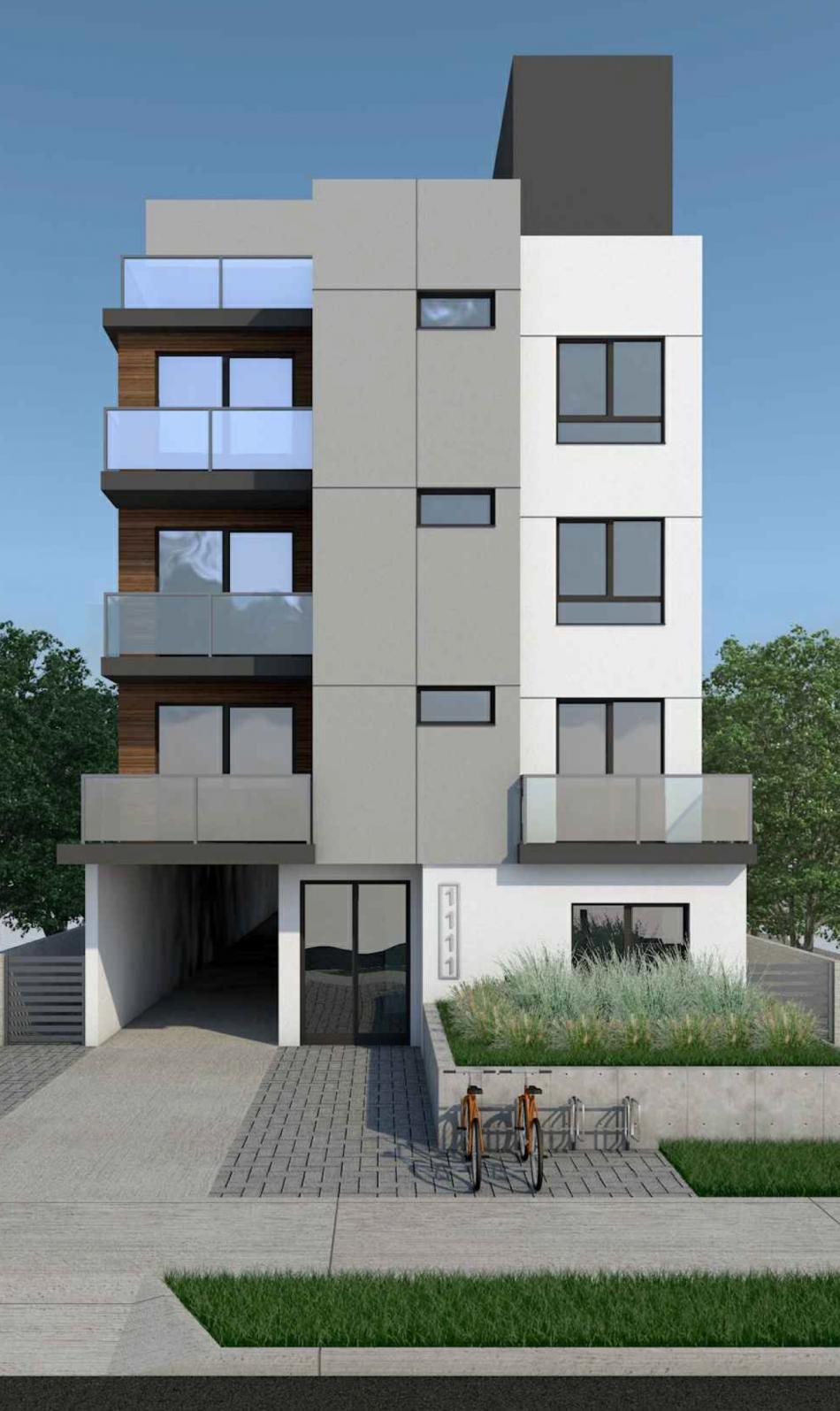 Project entitlements include Transit Oriented Communities development incentives, permitting relief from certain zoning rules relative to maximum height, floor area, and density. In exchange, four of the apartments would be set aside as deed-restricted affordable housing at the extremely low-income level.

GA Engineering is designing, which would have a stucco exterior.  An upper-level setback would be used to provide a street-facing amenity deck, while additional open space would be provided in the form of a rear yard and a community room.

A staff report recommends approval of the project's requested entitlements, including a deviation from the Vermont Western Station Neighborhood Area Plan to combine four small lots into a single site.

The project is one of a handful in the works near Metro's Vermont/Santa Monica Station, including a 177-unit housing complex that would rise at the former site of the Union Swapmeet.