Directly north of the World Trade Center in Downtown Long Beach, construction is set to begin next year for a large mixed-use residential development from Trammell Crow Residential.

The West Gateway project, slated to replace a roughly 5.6-acre parking lot at 600 W. Broadway, was announced in 2018 as part of Mayor Robert Garcia's Building a Better Long Beach presentation. Four years later, The Long Beach Business Journal reports that the Port of Long Beach has finally closed on its sale of the property to Trammell Crow Residential (TCR) for $30.25 million. 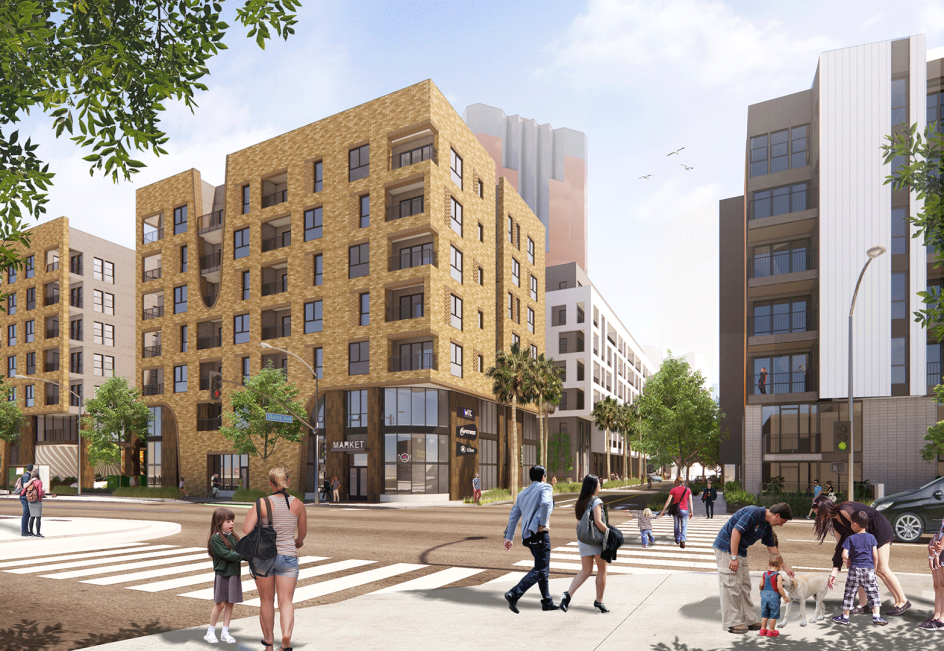 View of West Gateway from BroadwayStudio One Eleven

West Gateway will include six different buildings featuring 756 residential units, according to the Business Journal. Plans also call for 1,500 parking stalls, the bulk of which would be located in a nine-story garage, serving both residents of the property and users of neighboring hotel and office buildings.

Construction is expected to occur over three phases, the first two of which are expected to begin work in mid-2023, with the first move-ins expected in late 2025.

While plans for the West Gateway site had originally called for the construction of two high-rise buildings: a 21-story tower and a 40-story tower that would have become the tallest in Long Beach, TCR has since scaled back its plans. The smaller of the two high-rises has been eliminated, while the larger structure at Broadway and Golden Avenue has been pared back to a 30-story building. The remaining apartment buildings will stand seven and eight stories in height. 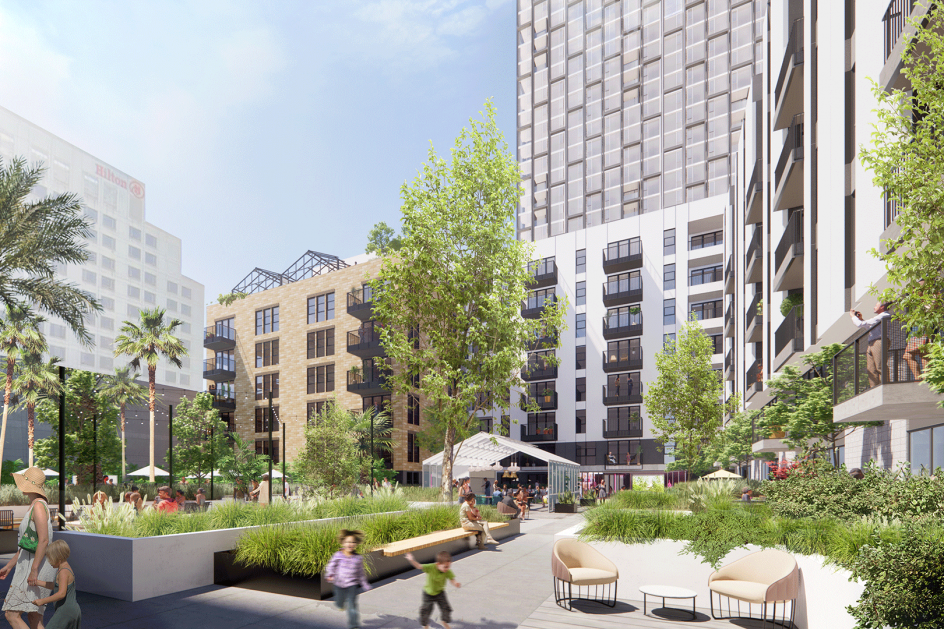 Ground-level view of the West GatewayStudio One Eleven

Studio One Eleven is designing the project, which breaks up the development site with new streets and pedestrian paths.

"Historically a neighborhood of smaller structures, this site was cleared for the construction of the World Trade Center and adjacent hotel and parking lots in the 1980s," reads a project description from the firm's website. "This project seeks to break down the megablock, reintroducing the historical street grid and bringing housing, live-work, and retail spaces to round out a vibrant, mixed use district."

In addition to housing, the project is expected to incorporated retail space at Broadway and Maine Avenue, as well as amenities including lounges, a fitness studio, a business center, a swimming pool, a sky deck, and multiple courtyards. 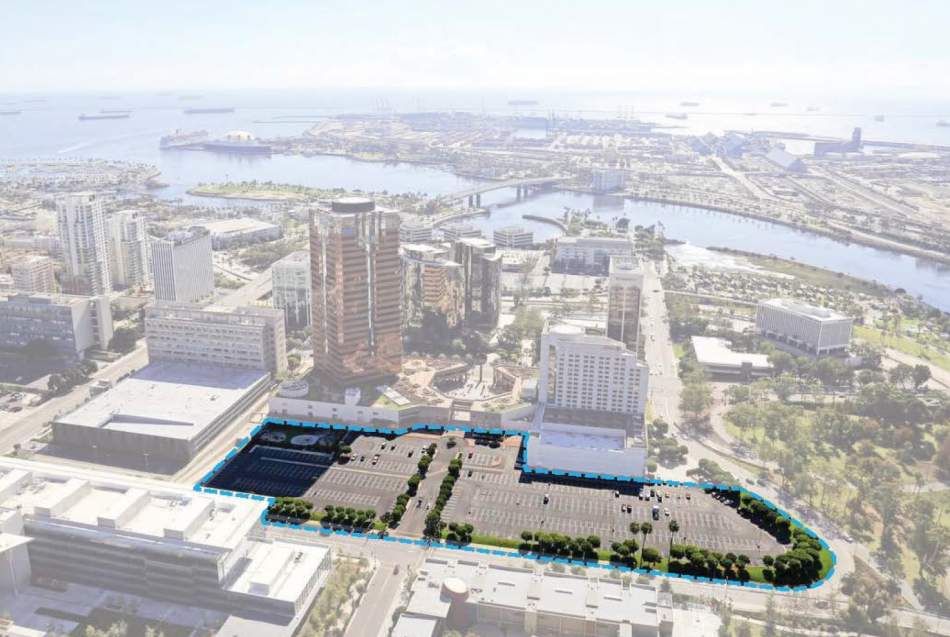 Aerial view of 600 BroadwayStudio One Eleven

The scale of West Gateway, as its name suggests, will allow the project to serve as a western bookend to Downtown Long Beach, complementing the 35-story Shoreline Gateway tower that recently debuted at Ocean Boulevard and Alamitos Avenue. The project also abuts The Magnolia, a smaller 142-unit apartment complex which recently opened on a property located directly east on Broadway.