A few blocks from the Crenshaw/LAX Line in Hyde Park, local developer Ranta Group has broken ground on a new multifamily residential building that will be composed primarily of decommissioned shipping containers. 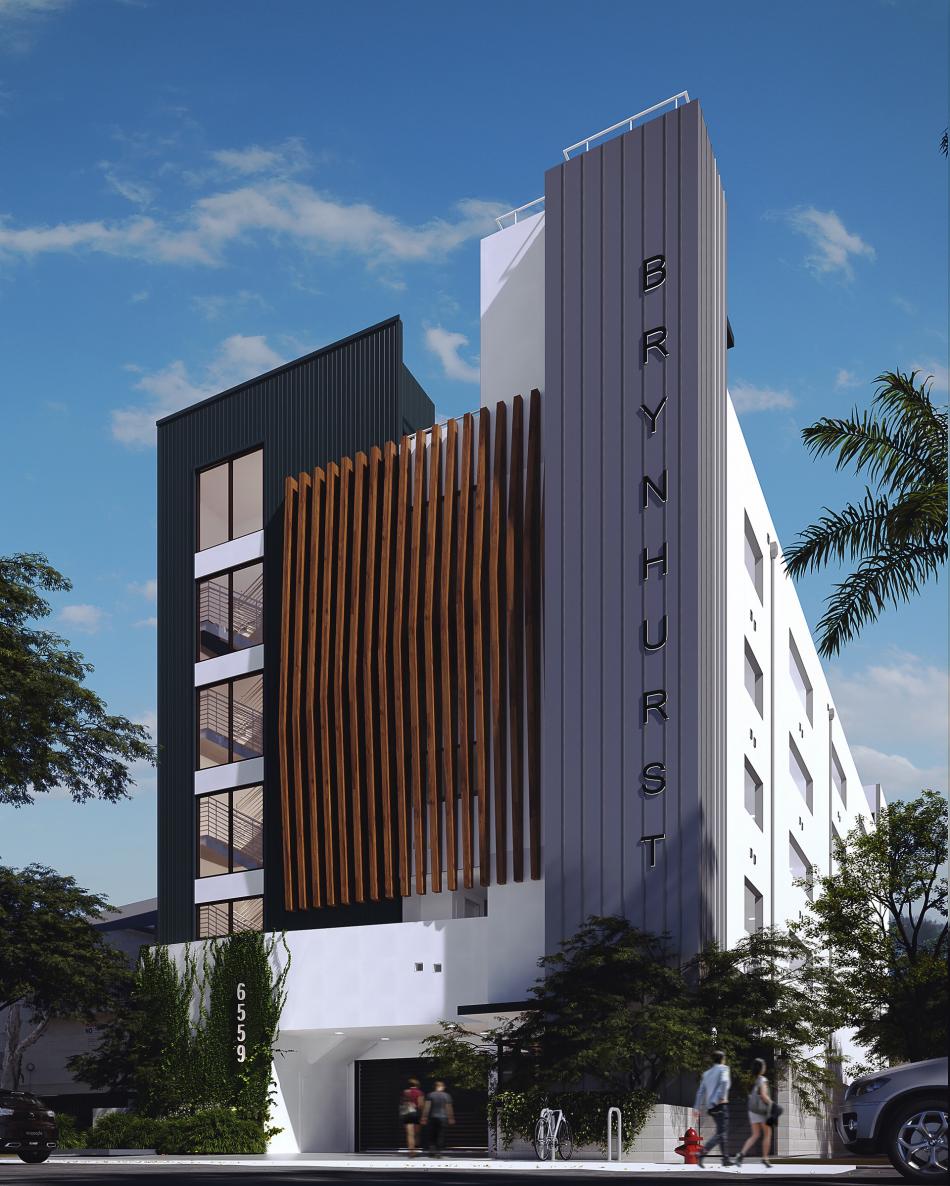 The project, now rising at 6559 Brynhurst Avenue, will consist of a five-story edifice featuring 26 apartments above a small parking garage.

Approved using the Transit Oriented Communities guidelines, the project is able to exceed certain zoning limits on building height and density due to its location near the under-construction light rail line, as well as its inclusion of six units of extremely low-income affordable housing.  But the property will also offer additional opportunities for households unable to afford the rents commanded by recent ground-up developments.

"Our intent is to rent to Section 8 tenants," says Curt Ranta, the Ranta Group's founder. 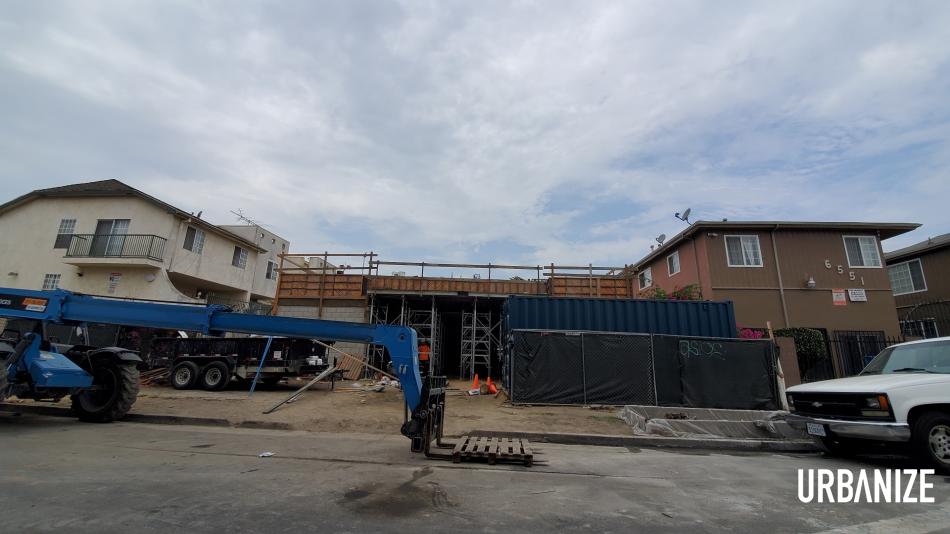 With Section 8 applicants in mind, plans call for larger units than are typically seen in most new ground-up multifamily developments.  Ranta, citing advice from a friend who manages apartments in Los Angeles, is building 20 three-bedroom dwellings (averaging 960 square feet in size) as well as 6 two-bedroom units (with an average size of 640 square feet).

"By doing three bedrooms, we have the opportunity to accommodate [renters with] two-bedroom vouchers," said Ranta.

Ranta is working with Hwangbo Architecture on the project, which will be composed of 72 recycled shipping containers sent from Nampa, Idaho.  Renderings depict the new building as a contemporary low-rise structure featuring inset balconies and a rooftop deck. 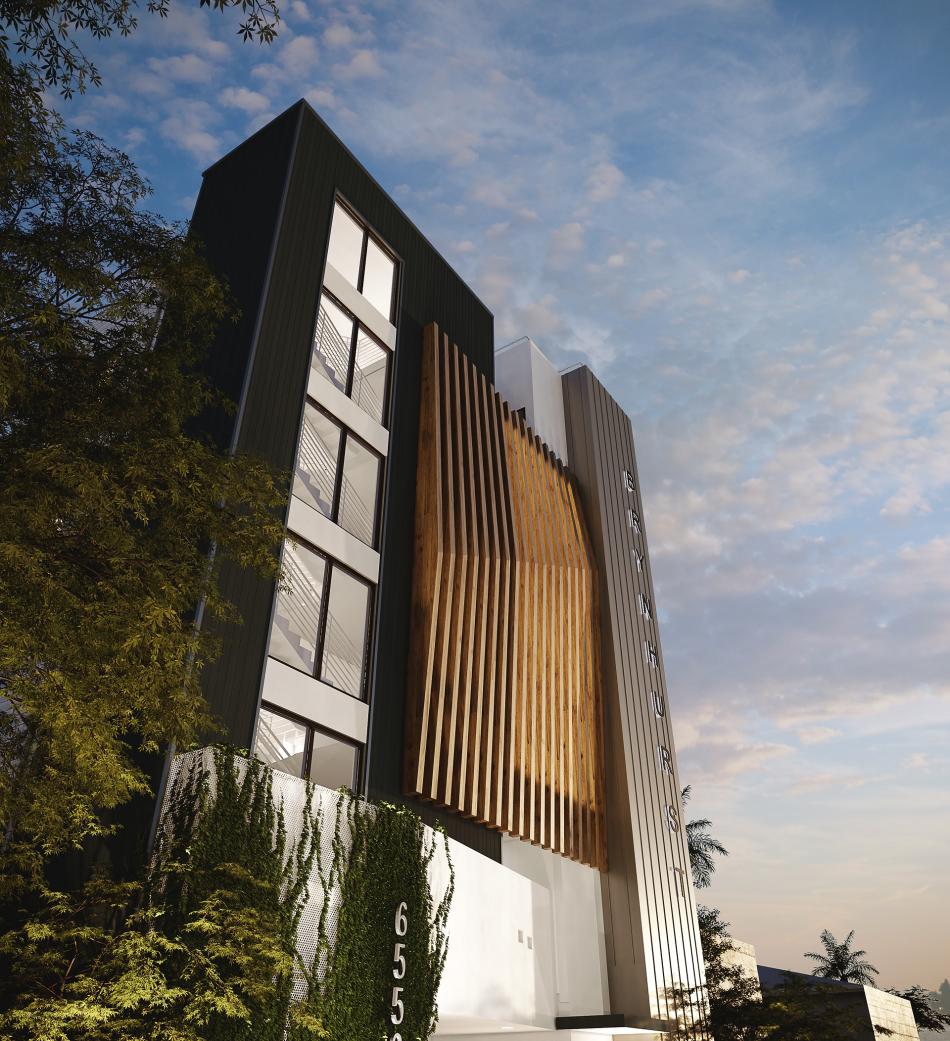 Assembly of the shipping containers is expected to occur over two weeks at the start of October, with completion of the project anticipated roughly six months afterward.

In addition to Ranta Group, another developer is also making use of modular construction at an apartment complex nearby.  A couple blocks east on Crenshaw Boulevard, Hope Street Development Group broke ground earlier this year on a supportive housing project that will also make be composed of modular units.