Following votes taken earlier today, the Los Angeles City Planning Commission has given the go-ahead to the construction of two infill apartment buildings in Westwood and Mar Vista.

The first project, named "The Hive," is proposed a few blocks west of the UCLA campus at 535-539 Glenrock Avenue. Plans call for razing two existing buildings, clearing the way for a new six-story edifice featuring 18 residential units above 10 parking spaces in a single subterranean level. 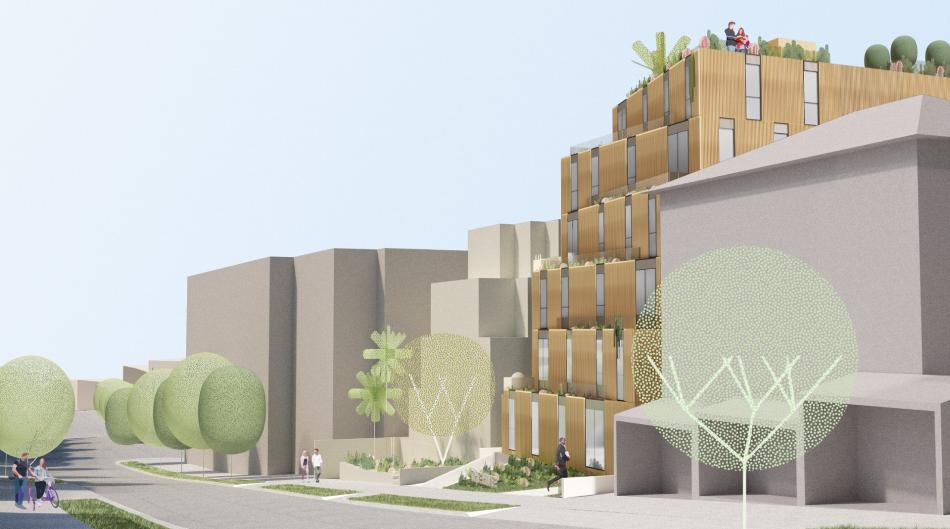 M&A Partners, the real estate investment firm behind the project, has pursued entitlements using density bonus incentives to permit a larger building than otherwise allowed by zoning rules. In exchange, three of the new apartments are to be set aside for rent as affordable housing at the very low-income level.

LOHA is designing The Hive, which would be clad in cedar slats. The building would step back and twist as it rises, creating space for terrace decks. Plans also call for an amenity space at the rooftop.

M&A Partners, which owns a number of student housing properties, has proposed a mix of four- and five-bedroom floor plans for The Hive. 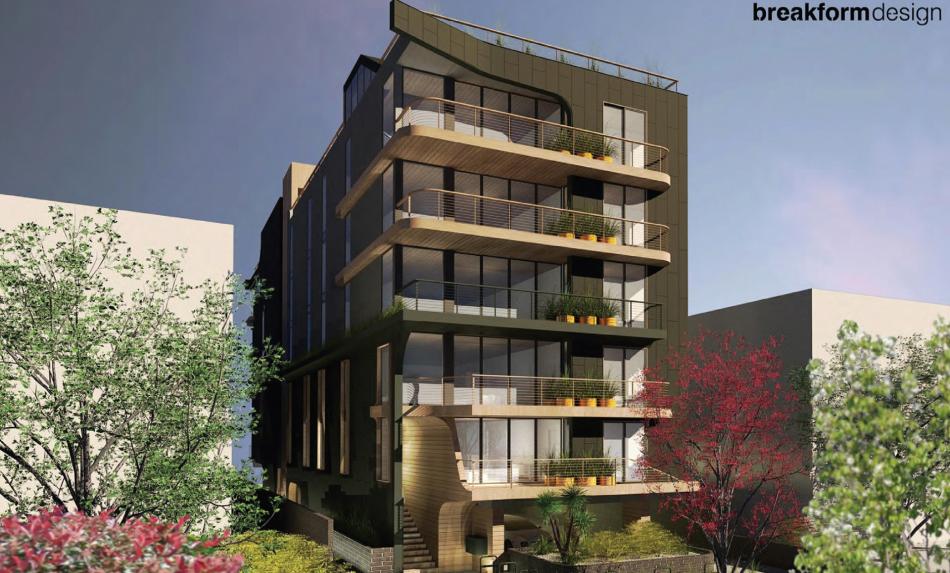 The second project, slated for a property at 12735-12737 Mitchell Avenue in Mar Vista, would consist of another six-story building featuring 15 apartments above parking for 14 vehicles.

Project applicant 12737 Mitchell Investment, LLC, an entity linked to MDM Builders, has also sought entitlements through the density bonus program. Three apartments at the Mitchell site would be set aside for rent by very low- and low-income households in exchange for the development incentives.

Breakform Design is the architect behind the project, which is shown in a rendering as a contemporary podium-type building clad in painted stucco and fiberglass panels.