At its meeting yesterday, the Los Angeles City Planning Commission rejected appeals of two proposed infill housing developments in East Hollywood and Sawtelle, upholding the approval of both projects.

The first project, proposed by local developer Category Company, would rise from a property located just north of the US-101 freeway at 507-517 N. Hoover Street in East Hollywood. Approved plans call for the construction of a new six-story edifice featuring 40 apartments above a subterranean parking garage with capacity for 50 vehicles.

Bittoni Architects is designing the proposed development, named 511 Hoover, which is depicted in architectural plans as a contemporary podium-type building clad in stucco and wood-finish siding, with amenities such as a community room, a central courtyard, and a small rooftop deck.

Category's entitlements, which include Transit Oriented Communities incentives permitting increased height, density, and floor area. require that four of the proposed three- and five-bedroom apartments as deed-restricted affordable housing. That approval was a bone of contention with Gregory Loew of the North Commonwealth United Neighborhood Association, a group of residents on nearby properties which appealed the project to the Commission.

The appeal contended that the project's entitlements should be thrown out, describing the proposed apartment complex as a "co-living hotel," that should have been subject to site plan review. Likewise, Loew argued that a full environmental impact report should have been conducted for the project, and contends that the Transit Oriented Communities program is illegal.

A staff report, finding no evidence to support the appellant's claims, recommended denial of the appeal. 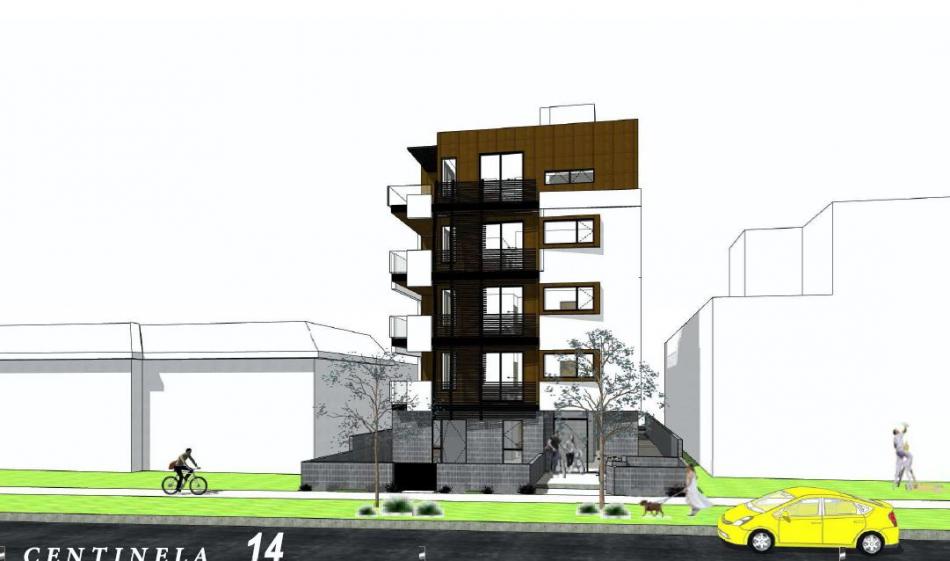 The second project to face appeal, approved for a property at 2512-2512 Centinela Avenue in Sawtelle, calls for razing a single-family home to clear the way for the construction of a five-story, 14-unit apartment building atop street-level parking for 11 vehicles.

Project applicant Belal Al-Shawe of 2512 Centinela, LLC secured approvals for the project using Transit Oriented Communities incentives allowing a larger structure with less parking than required under zoning rules. Two of the apartments are to be set reserved for very low-income households in exchange for the bonuses.

The project faced an appeal from Tara Fairbanks, identified as a neighboring property owner, who contends that the approved plan violates local zoning and building regulations - claims where were rejected by a staff response.