At its meeting yesterday, the Los Angeles City Planning Commission moved to deny appeals seeking to block the construction of multifamily residential developments in the Sawtelle and Westlake neighborhoods. 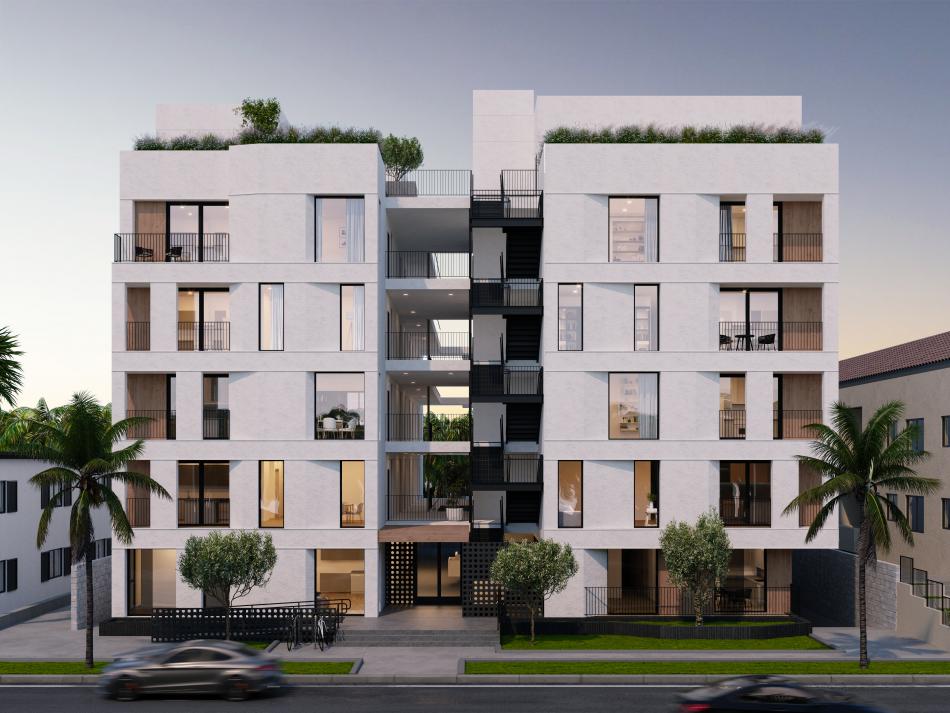 The first project, proposed by Amir Mehdizadeh of Beverly Hills-based Camden Holdings, LLC , calls for the construction of a five-story building featuring 27 apartments above a single level of subterranean parking at 2456-2460 S. Purdue Avenue.

Project entitlements granted in July 2022 by the Department of City Planning include Transit Oriented Communities incentives to permit increased floor area and density. In exchange, three apartments are to be set aside for rent as extremely low-income affordable housing.

Designed by Bittoni Architects, 2460 Purdue is depicted in a rendering as a contemporary low-rise structure with an open-air atrium. Other planned features include a recreation room, a central courtyard, a gym, and a rooftop deck.

The appellant, Kathryn Schorr, is identified as the owner of a property located on the opposite side of Purdue Avenue. Schorr argued that the project should not have been eligible for the approved development incentives, and urged the Planning Department to conduct a full environmental impact report.

A staff response, refuting the claims made by the appellant, recommended that the Commission should uphold the existing approval. 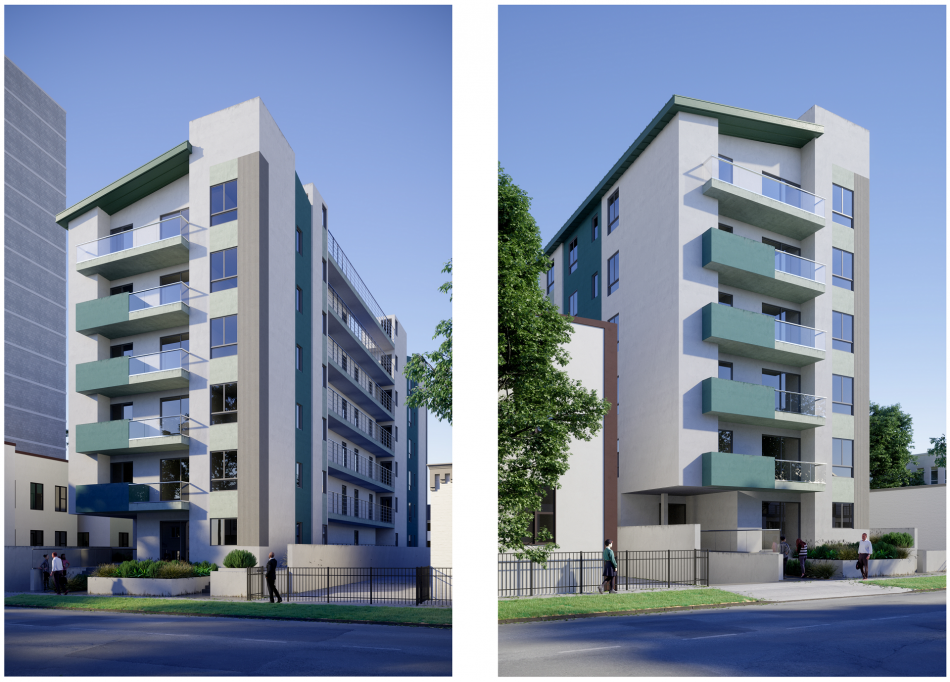 The second development, slated for a property at 425 S. Union Avenue in Westlake, would consist of a six-story building featuring 38 studio, one-, and two-bedroom apartments above subterranean parking for 20 vehicles.

Project applicant and architect B. Raeen Construction, Inc. also secured approvals using Transit Oriented Communities incentives to permit increased density and floor area. The proposed project would be required to set aside four of its apartments for rent by extremely low-income households in exchange for the bonuses.

Appellants Christi and Brandi Garris and Fermin Mendoza, identified as neighboring property owners and renters, argued that the Commission should overturn entitlements for 425 Union, based on the alleged historic status of an existing structure that would be demolished, as well as the potential displacement of tenants. A staff response cited a lack of evidence for any historic designation of the existing structure, and found that the applicant had followed the city's procedures for the replacement of existing housing.

The appellants also raised a peculiar objection to the project, arguing that excavation for the new apartment complex would pose a safety hazard based on an easement on the site which was intended to accommodate a tunnel for the Pacific Electric Railway. However, city staff were unable to find any evidence that said tunnel was ever built, according to the staff report.

The vote to uphold the approval of the Union Avenue project was near unanimous, with Commissioner Helen Leung casting the lone "no" vote after expressing sympathy for the tenants of the existing building who are subject to displacement, as well as concern with the difficulties faced by those tenants in accessing city resources.