The City of Inglewood is moving closer to adopting new zoning rules which would permit the construction of new homes, offices, and retail near passenger rail stops on Metro's Crenshaw/LAX and C Lines. 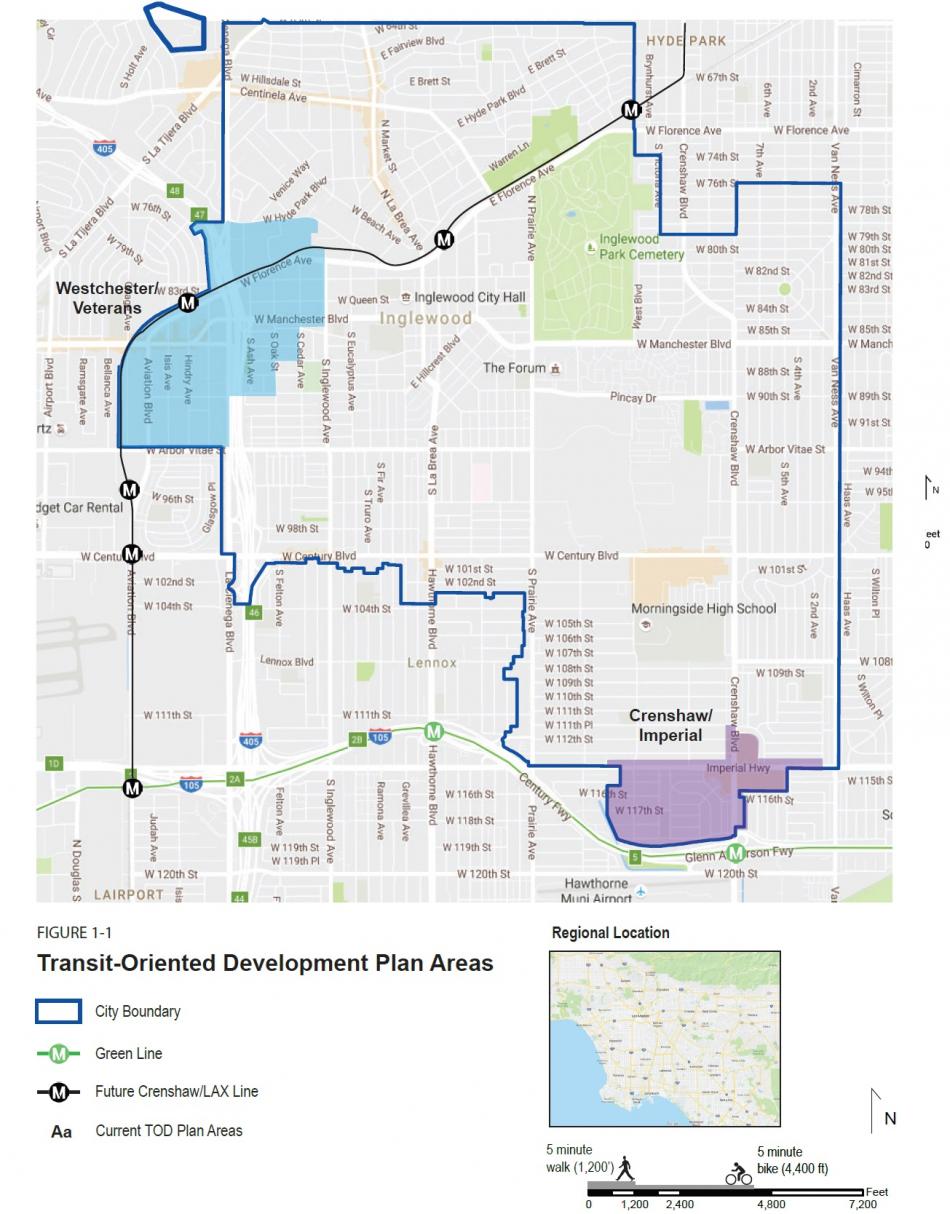 The Westchester/Veterans and Crenshaw/Imperial TOD Plans, which have been in development for roughly five years, would impact land use regulations for roughly 650 acres of land at Inglewood's northwest corner adjacent to the Westchester neighborhood and at its southern border with the City of Hawthorne.  The two plans, if fully realized, could result in the addition of:

The Westchester / Veterans Plan would encompass a 432-acre straddling the I-405 freeway and busy streets such as Aviation Boulevard, Florence Avenue, and Manchester Avenue.  Due to its industrial nature and location near LAX and the new Metro stop at Florence and Hindry Avenue, the neighborhood is envisioned as both a jobs engine and western gateway to the City of Inglewood. 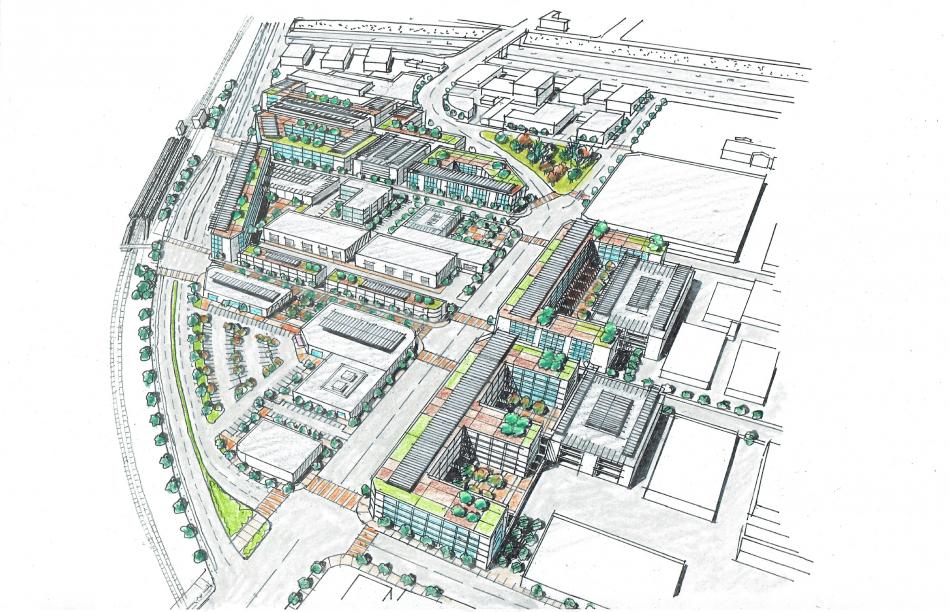 Conceptual plan for station area at Westchester / VeteransCity of Inglewood

The proposed zoning for the Westchester / Veterans area could accommodate up to:

The various sub-districts of the plan area would largely retain existing character and land use patterns, steering new office buildings into existing industrial zones.  However, the area immediately south of the Westchester / Veterans station is slated as a mixed-use area accommodating multi-story buildings lined with street-fronting commercial space.  Additionally, the new LAX consolidated rental car facility is expected to open up several large sites at the southern corner of the plan area for redevelopment. 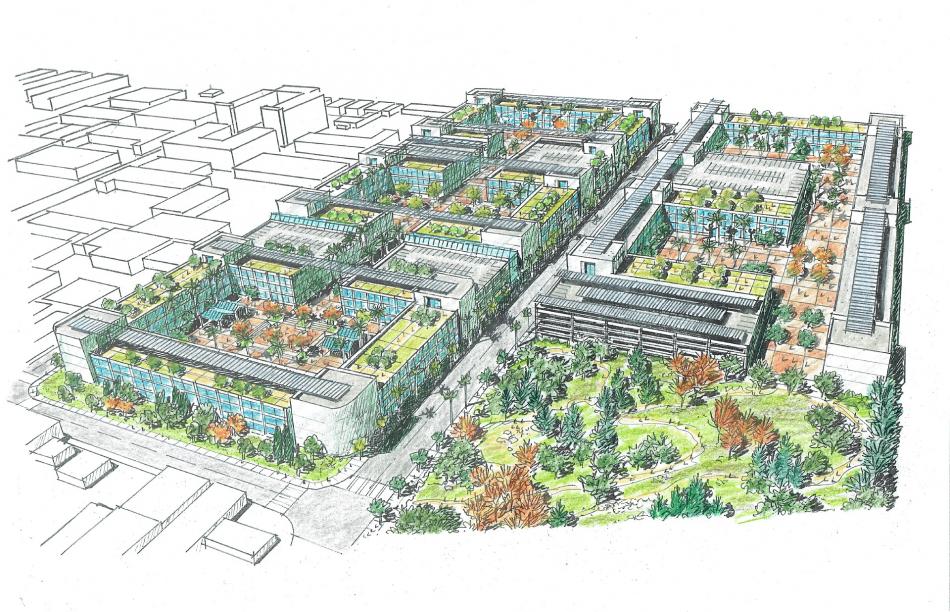 Conceptual plan for the Airport CampusCity of Inglewood

The plan likewise calls for adding new landscaping, street trees, and protected bike lanes to a number of corridors, improving pedestrian mobility and access to the Metro station.  A handful of sites are also envisioned as new opportunities for public parks, including: 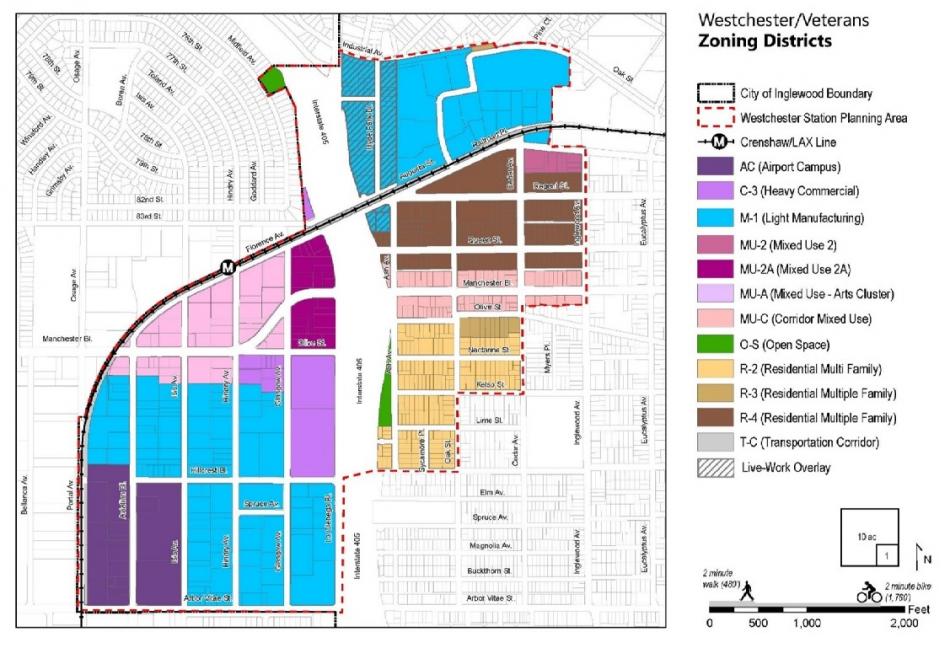 The Crenshaw / Imperial Plan Area is largely residential in nature, though there are multiple large retail centers at its namesake intersection of Crenshaw Boulevard and Imperial Highway.  The approximately 221-acre area sits to the north of the I-105 Freeway, as well as the C (Green) Line's Crenshaw/I-105 Station in its median. 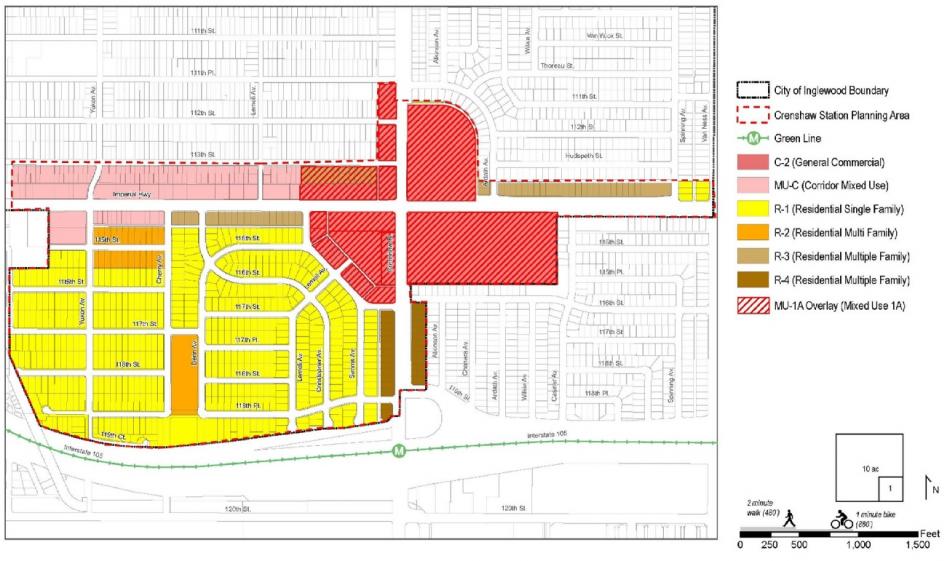 The majority of the plan area is currently developed with single-family homes, which are proposed for retention under the new zoning.  The plan proposes that density be concentrated along the neighborhood's two key thoroughfares, potentially generating up to:

As the plan area is currently developed with nearly 530,000 square feet of commercial floor area, the proposed zoning would in fact reduce the amount of retail from existing conditions.  Under the TOD plan, the three large shopping centers at Crenshaw and Imperial would be replaced with a series of mixed-use, mid-rise structures arranged around internal streets and walkways. 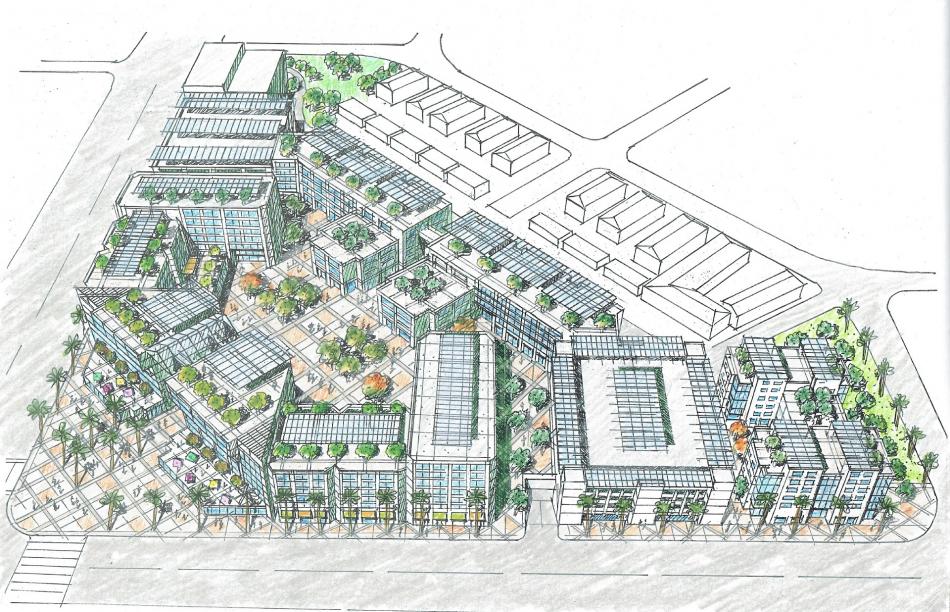 Conceptual plan for southwest corner of Crenshaw and ImperialCity of Inglewood

Smaller multifamily buildings would also extend south along Crenshaw toward the I-105, where the plan also envisions the construction of a new cycle track along the east side of the street, and the conversion of vacant land adjacent to a freeway on-ramp into a public park.

Implementation of the visions detailed in the TOD plans will require multiple discretionary approvals, both by the City of Inglewood and other entities such as the City of Hawthorne and Caltrans.  A draft environmental impact report is now being circulated for review. 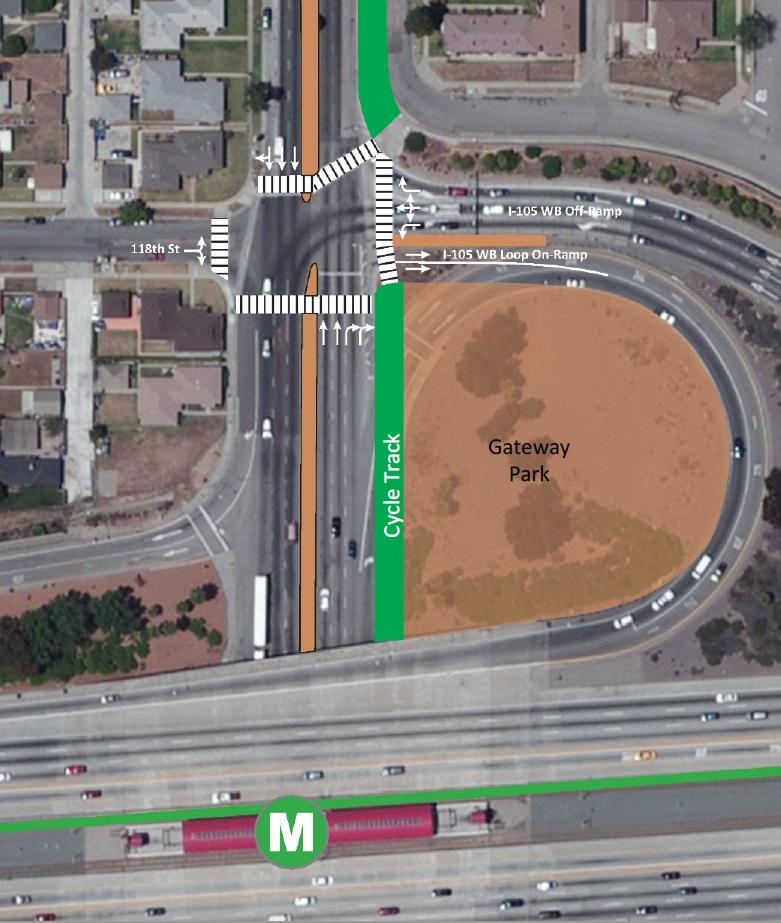 The Westchester / Veterans and Crenshaw / Imperial TOD plans are the latest effort by Inglewood to capitalize on the arrival of the Crenshaw/LAX Line, which has now fallen more than two years behind its originally anticipated 2019 opening date.  The City has already adopted new zoning for its Downtown and Fairview Heights neighborhoods, which also sit along the transit line's route.