One year after revealing plans to redevelop a parking lot across the street from its headquarters with apartments, Iranian American Jewish Foundation is now seeking to raze its home of nearly 25 years with an even larger project. 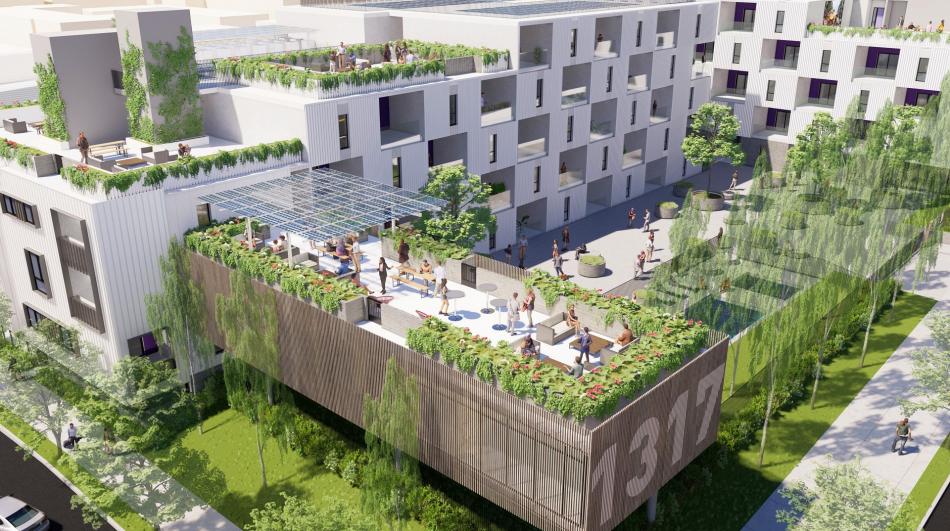 The proposed development, scheduled for review at the June 9 meeting of the West Hollywood Planning Commission's Design Review Subcommittee, would rise at the northwest corner of Crescent Heights and Fountain Boulevards, replacing a trio of low-rise structures completing in the 1950s and 1960s. In their places, plans call for a new five-story edifice featuring 90 one- and two-bedroom apartments above semi-subterranean parking for 125 vehicles.

Per a staff report to the Committee, 14 of the new apartments would be set aside as deed-restricted affordable housing.

As with the project across the street, Tighe Architecture is designing the apartment complex at 1317 Crescent Heights, which would have an L-shaped footprint, with a setback along its eastern street frontage providing space for a pool deck, a driveway, and nearly 6,000 square feet of open-air amenities. 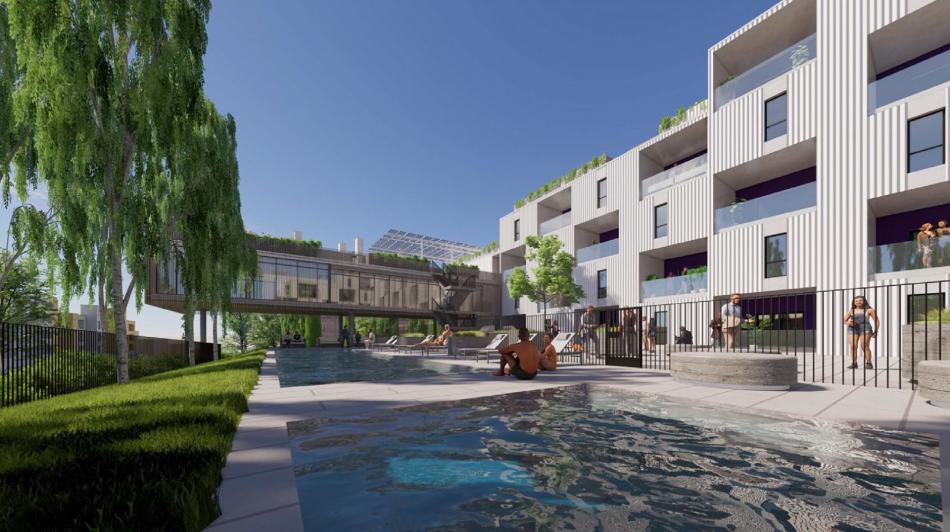 "From an architectural design and urban programming perspective, the project has been very well thought out and introduces a high-density housing setting with a diverse range of unit types, sizes, mixes, and open spaces," concludes the staff report.

The new project, as well as its companion on the opposite side of the street, would rise one block south of the intersection of Crescent Heights and Sunset Boulevard, where Los Angeles-based Townscape Partners has secured approvals for a controversial Frank Gehry-designed housing complex.

The Iranian American Jewish Foundation, which was founded in the wake of the 1979 Iranian revolution, provides resources and assistance for new immigrants to the United States, according to the organization's website. 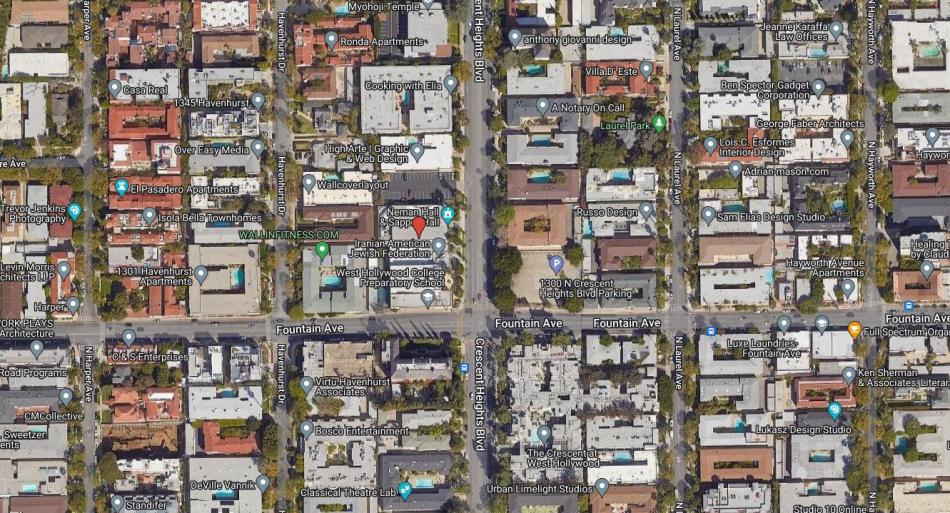