Jacmar Cos., a food distribution company that has occasionally ventured into development, is planning a large mixed-use apartment complex on an industrial-zoned site in North Hollywood. 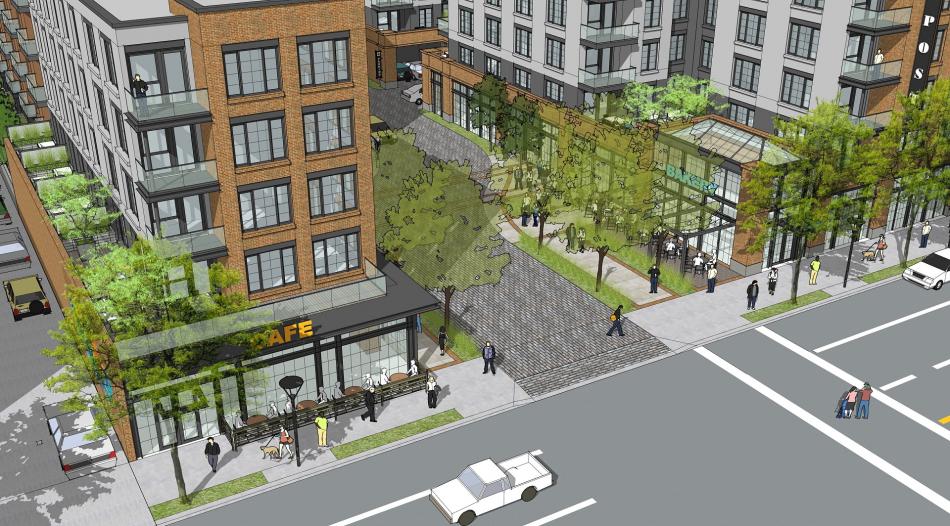 Last month, the Alhambra-based company submitted an application to the Los Angeles Department of City Planning seeking approvals for the construction of a new project at 7023-7037 N. Laurel Canyon Boulevard. The proposed development, which would replace a single-story building now inhabited by a post office, calls for the construction of a six-story, nearly 258,000-square-foot building featuring 243 studio, one-, and two-bedroom apartments above approximately 5,100 square feet of ground-floor retail space and 413 parking stalls located at and below grade.

As the project will require a zone change and a general plan amendment, it is subject to the affordability provisions imposed by Measure JJJ. To comply, Jacmar will be required to set aside 40 apartments as affordable housing priced for very low- and extremely low-income households. 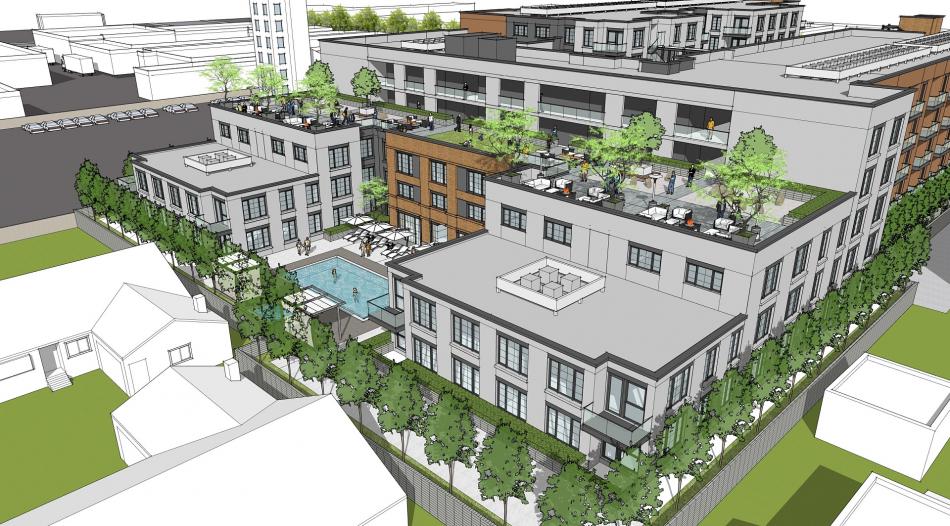 MVE + Partners is designing 7035 Laurel Canyon, which would rise up to 71 feet in height and feature an exterior of painted stucco accented with brick tile. The building would have a U-shaped footprint, opening onto Laurel Canyon Boulevard, providing space for a ground-floor courtyard, a vehicular driveway, and a commercial plaza. Other planned amenities include a pool deck, a fitness center, lounges, and a fitness center. The building would also have stepped height along its rear property line, creating terrace decks for residents and a transition to the lower-scaled single-family zone to the west.

While development in North Hollywood has largely been focused on the area surrounding the neighborhood's Metro hub, there is some evidence of the neighborhood's gravity shifting northward. One mile south, developers have transformed a failed 25-acre shopping center into a mixed-use complex with more than 600 apartments flanking a walkable retail complex anchored by a Trader Joe's.

This is not the first time Jacmar and MVE + Partners have worked on housing and retail in the City of Los Angeles. The two entities are also behind plans for a 120-unit apartment complex at the intersection of Olympic Boulevard and Fairfax Avenue in Mid-Wilshire.